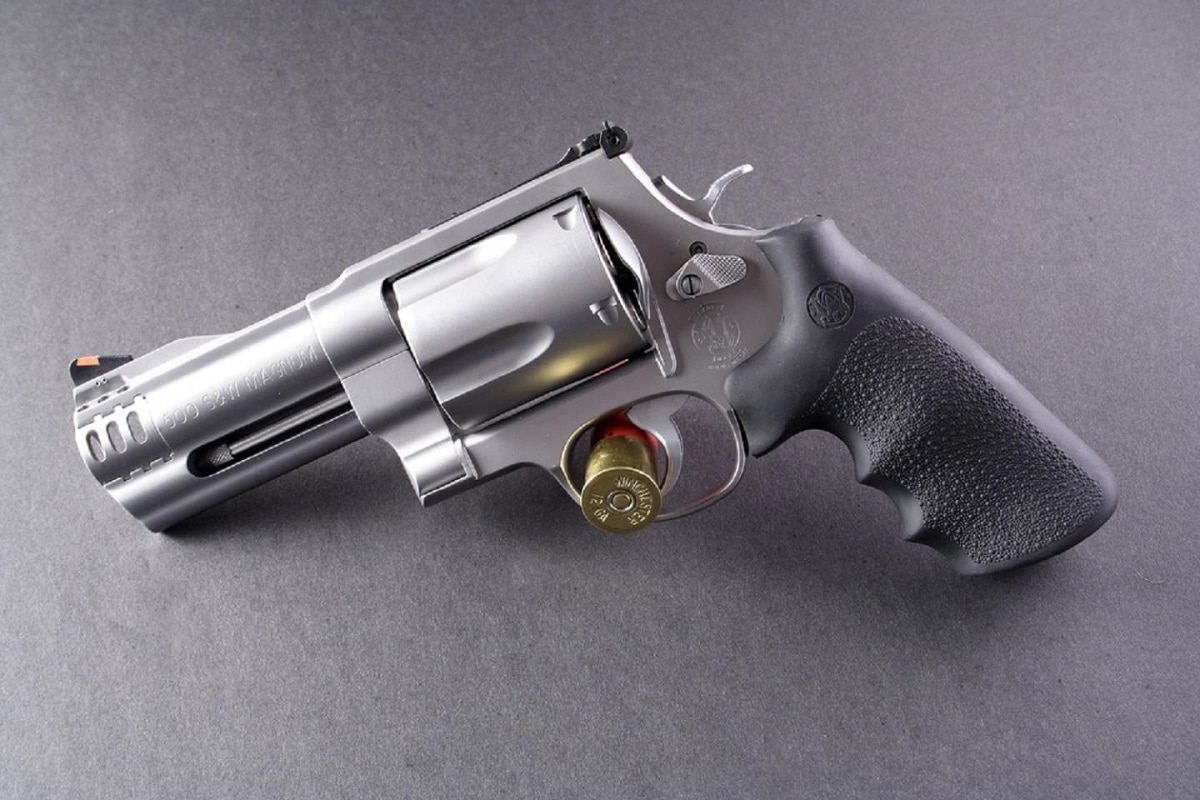 Smith & Wesson is one of the United States, and really the world’s, most noteworthy gun manufacturers.

It’s no surprise as to why: the company has been in the gunsmithing business for nearly 170 years. Given that amount of time, it’s no wonder that Smith & Wesson has been able to build the most powerful production revolver in the world.

The revolver in question is their Model 500. According to Smith & Wesson, they set out in 2003 to build a revolver that could “deliver maximum power for serious handgun hunters,” and created the X-Frame revolver, the company’s largest ever.

The .500 S&W Magnum is also the most powerful commercial handgun cartridge. It creates 2600 ft/lb. muzzle energy when fired, and Smith & Wesson claims that when used in tandem with their Model 500, is capable of taking down “any game animal walking.”

The revolver comes in several configurations, with barrel options ranging from quite short 3-inches, and progresses in length to include 4, 7.5, 8.38, and massively long 10.5-inch options that can more fully take advantage of the powerful .500 S&W Magnum cartridge as well as handle the punishing recoil the large round generates.

All revolvers come with a pair of interchangeable muzzle brakes, one for jacketed bullets, and one for solid lead bullets. Additionally, the revolvers are fitted with large rubberized grips in an effort to prevent the revolver from flying out of the shooter’s hands. This video gives a good impression of the incredible recoil the Model 500 generates when firing and is with the watch.

The Model 500’s are indeed incredibly powerful — and pricey. Smith & Wesson lists the most affordable Model 500, the 8.38-inch model, at $1,319, whereas some of the more expensive models run upwards of $1,600. Despite the high price range, the Model 500s are backed by the company’s lifetime warranty and are guaranteed to be high-quality firearms.

Smith & Wesson is arguably the best revolver manufacturer in the business, and the Model 500 is no exception. For those looking for the most powerful production revolver on the market, the 500 is an excellent choice.

In the words of S&W, “for ultimate power and velocity there’s nothing even close to an X-Frame model handgun.”