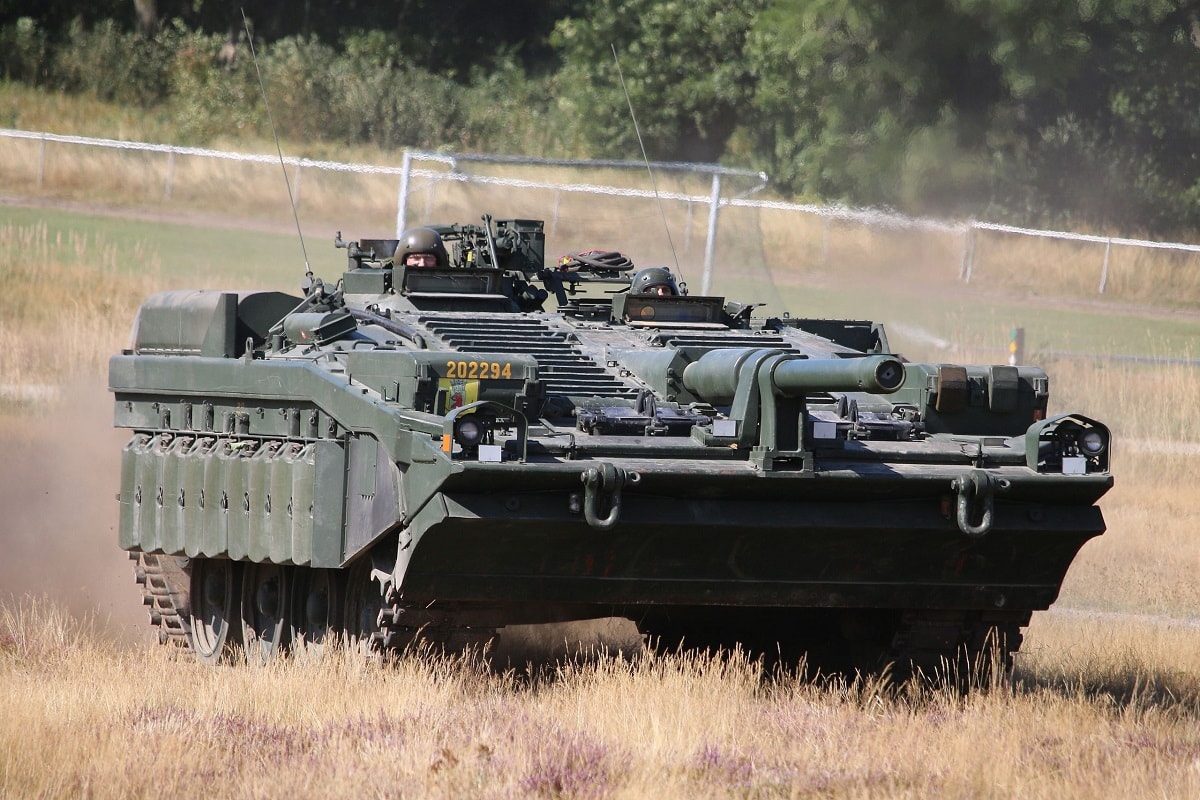 The Stridsvagn 103 tank is just as odd as it looks: for a main battle tank, it had extremely short tracks, and an incredibly squat design — because it doesn’t have a turret.

But that’s not all, it is powered by not one but two engines, and was fully amphibious.

Sweden designed the Stridsvagn 103 main battle tank in the mid-1950s with combat survivability as the number one design consideration. Although Stockholm did not have an extensive amount of armored combat experience to draw upon for their new main battle tank design, after-action reports from World War Two and the Korean War indicated that the majority of tank losses came from hits sustained to the turret.

In order to mitigate the target presented by a tall, high-profile tank turret, the Stridsvagn 103 designers simply eliminated it. The resulting design is one of, if not the most low-profile main battle tanks ever built — just 7 feet tall from the ground to the commander cupola, and the Stridsvagn 103’s main gun just over five and a half feet off the ground.

Though the Stridsvagn 103 certainly presented a very small target, this came at a cost. The tank’s main gun is fixed to the hull, and cannot be traversed or elevated. Pointing the gun on target required the gunner to take control of the tank and use the tracks for traverse, and an adjustable suspension for elevation. Though this did solve the aiming problem it preventing the later installation of a stabilized gun system, technology that the Stridsvagn 103’s Swedish designers incorrectly guessed would not significantly advance in the future.

Early pre-production Stridsvagn 103 designs called for a crew of just two tankers, a commander and a gunner-driver. Most tank designs of the era required four crew members to drive, shoot, load, and command. Though a two-man crew was in theory possible, non-combat operations like repair and maintenance, as well as setting up camp and taking on ammunition would have been difficult for just two crew members and necessitated a third. The Stridsvagn 103’s third crew member served as a radio operator and rear-facing rear driver. Why a rear driver? Because the Stridsvagn 103 had not one but two engines.

Though the Stridsvagn 103 went through several engine configurations, the final and most powerful setup saw a 290 horsepower diesel engine for general driving and for aiming the gun, with an additional 490 horsepower gas turbine engine that provided additional power when needed. This dual engine and dual-driver setup gave the Stridsvagn 103 the ability to be driven in reverse at the same speed it drove forward, which allowed the tank’s more protected front glacis to face the enemy even in retreat.

Lastly, the Stridsvagn 103 was fully amphibious thanks to a quickly deployable float screen and swam through the water using both tracks. This video gives a good history and description of the tank as well as the tank’s internal layout and is worth a watch.

Though the odd Swedish tank never saw combat, testing done in the United States, Norway, and the United Kingdom indicated that the Stridsvagn 103 would have performed well in expected combat operations, and in some circumstances would have been superior to other main battle tanks in NATO inventories. Not too bad for a pretty strange design.