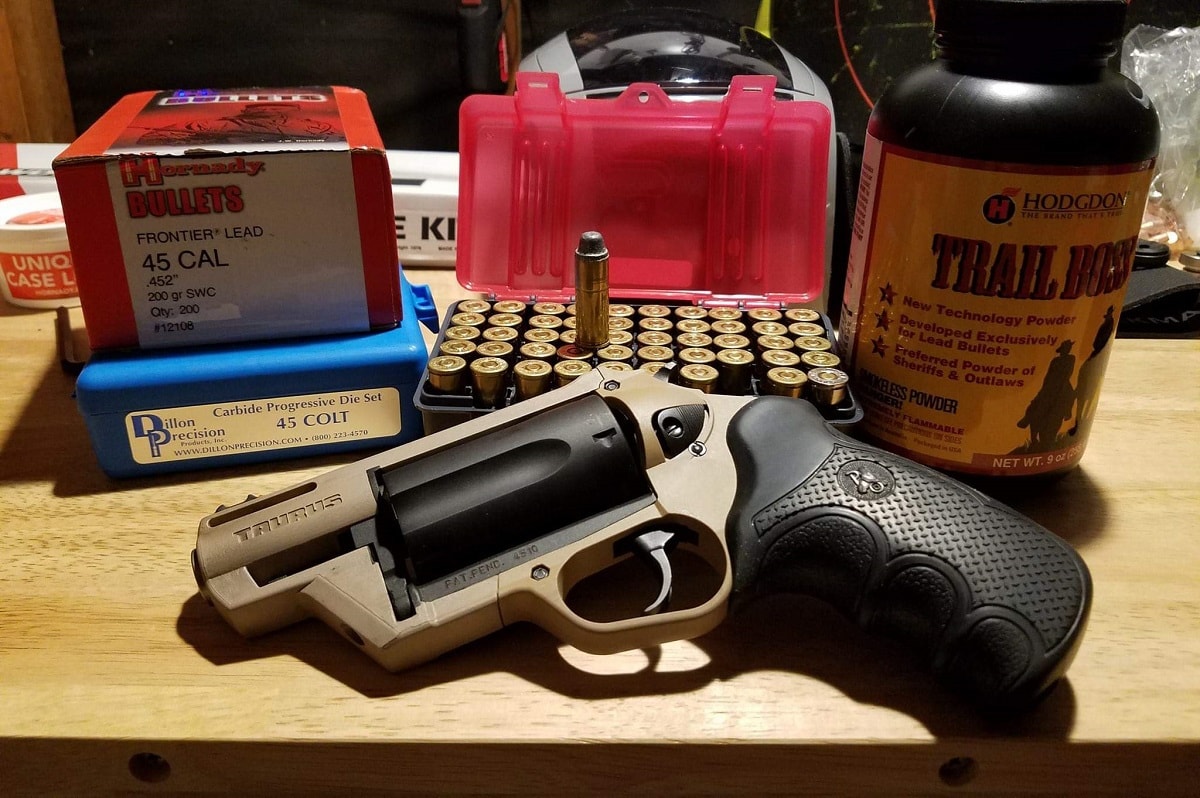 The Taurus Judge is exactly what it looks like: a revolver with a long, large-diameter cylinder.

Why the extra length? Because in addition to the famous and long-lived .45 Colt it can fire, this revolver can also chamber and fire .410 bore shotshells — putting a lot of firepower into a five-shot revolver.

Taurus, the revolver’s Brazilian manufacturer, released the revolver in the mid-2000s and advertised the Judge as a personal defense revolver. Back then, the Judge was known simply by its model number, 4410, a designation that is admittedly not an attention-grabber.

According to reports, a Taurus Vice President heard that local judges in parts of Miami had taken the revolver with them into court in case proceedings that had the potential of getting out of hand. In order to better reflect the revolver’s dual .45 Colt/.410 shotshell chambering, Taurus redesigned the revolver with the model number 4510 — and dubbed it The Judge.

Needless to say, the name stuck.

Thanks to The Judge’s rifled barrel, the revolver can in theory spray its .410 shotshells into a much wider shot pattern than a smoothbore shotgun barrel would be able to. Whereas shot in a smoothbore simply travels forward through the barrel, the Judge’s rifling, necessary for shooting .45 Colt pistol cartridges, can engage shot, imparting a spin that causes a much wider spread at shorter ranges than would be possible with an equivalent smoothbore barrel. However, the Judge’s rifling is supposedly shallower than similar pistol or revolver rifling in order to strike a compromise between single projectile accuracy and .410 shotshell dispersion.

The Judge’s primary pistol cartridge is the .45 Colt, a cartridge that has enjoyed popularity since its introduction in the early 1870s. The cartridge served as the standard U.S. military handgun cartridge for nearly 15 and was originally a black powered cartridge, though modern loadings use smokeless powder propellant.

Likewise, the .410 shotshell came to life in the 1870s, and despite its old age is still regarded as a lighter, more manageable shotshell, particularly for new or smaller shooters. The shell’s relatively small diameter lends itself well to rifles designed for pest control or as military survival rifles — or according to Taurus, for personal defense.

Today, the Taurus Judge series is available in a variety of frame materials, barrel lengths, and chamberings, with newer models also capable of chambering the enormous .454 Casull cartridge as well as the smaller .45 Colt and .410 shotshell.

Some reviews of the Taurus Judge comment on the revolver’s poor accuracy — a factor that might not be as much of an issue for a revolver that shoots shotshells. Accuracy aside, the Judge is certainly a powerful revolver that could make some feel a little safer as a self-defense weapon.