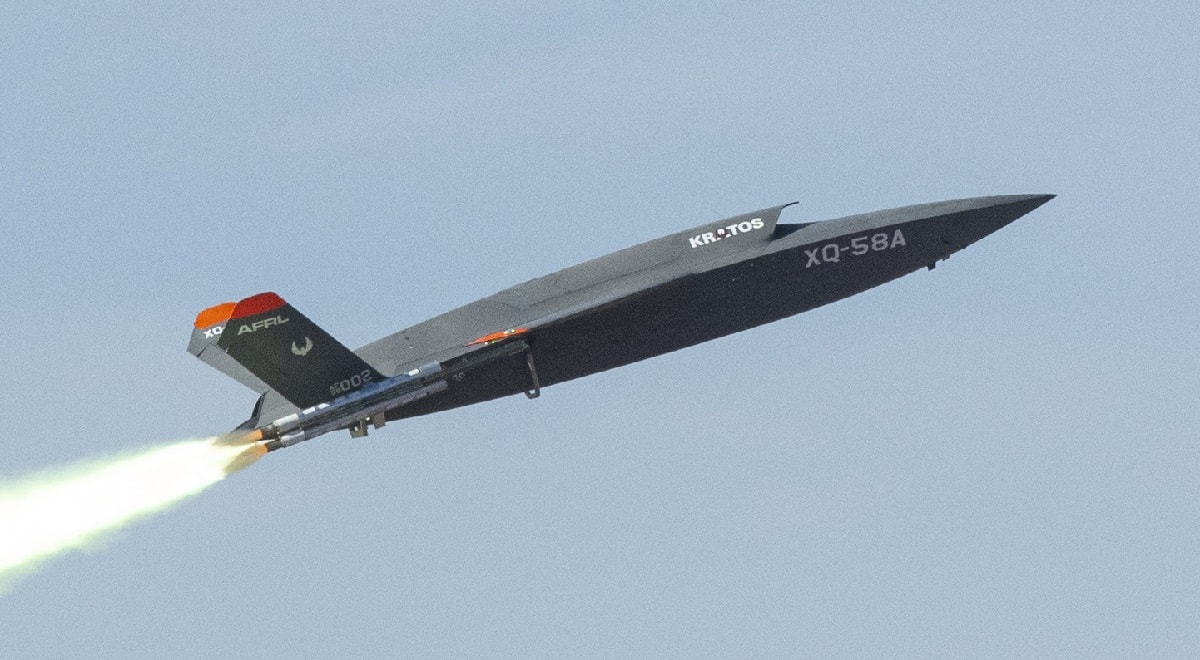 The Kratos’ stealthy XQ-58A Valkyrie drone was able to successfully launch a small drone from its internal bomb bay during a recent test flight carried out in conjunction with the Air Force Research Laboratory, a group of scientists and researchers that develop emerging air, cyber, and space technologies for “air, space and cyberspace forces.”

The Air Force Research Laboratory had the following to say about the test flight:

This test, conducted in partnership with Kratos UAS and Area-I, demonstrated the ability to launch an ALTIUS-600 small, unmanned aircraft system (SUAS) from the internal weapons bay of the XQ-58A. Kratos, Area-I and AFRL designed and fabricated the SUAS carriage and developed software to enable release. After successful release of the SUAS, the XQ-58A completed additional test points to expand its demonstrated operating envelope.

“This is the sixth flight of the Valkyrie and the first time the payload bay doors have been opened in flight,” said Alyson Turri, demonstration program manager. “In addition to this first SUAS separation demonstration, the XQ-58A flew higher and faster than previous flights.”

The XQ-58A Valkyrie is one of Kratos’ premier projects and has splashed through the media as an affordable, lightweight, and expendable stealthy drone, part of the Air Force’s Low-Cost Attritable Aircraft Technology program.  The Air Force initiative hopes to ultimately allow battlefield commanders to field a stealthy, hard-to-detect drone that would be inexpensive enough that its loss on the battlefield would not be unacceptable.

Given its stealthy characteristics, Kratos’ Valkyrie could act as a scout for stealthier manned platforms like the F-22 Raptor or the F-35. Though the Valkyrie would likely have a significantly lower top speed and smaller weapon loadout, the fact that it is unmanned would make it an extremely attractive option on the battlefield.

Dropping small unmanned aircraft from their bomb bays would further augment stealthy, low-cost drone capabilities by allowing them to be force multipliers in tomorrow’s air battles.

The small drone released by the Valkyrie in this recent test is designed by Area-I, an aerospace manufacturer. It is quite small at just 27 pounds, and can be configured for a variety of mission profiles, including reconnaissance/surveillance, as well as signals intelligence and electronic warfare, and has a 4-hour endurance.

The XQ-58A Valkyrie drone is developing at a fast clip, though it isn’t quite ready to transform how the Air Force or other branches conduct aerial warfare just yet. Still, stealthy expendable autonomous drones launching other drones have the potential to revolutionize manned air combat.