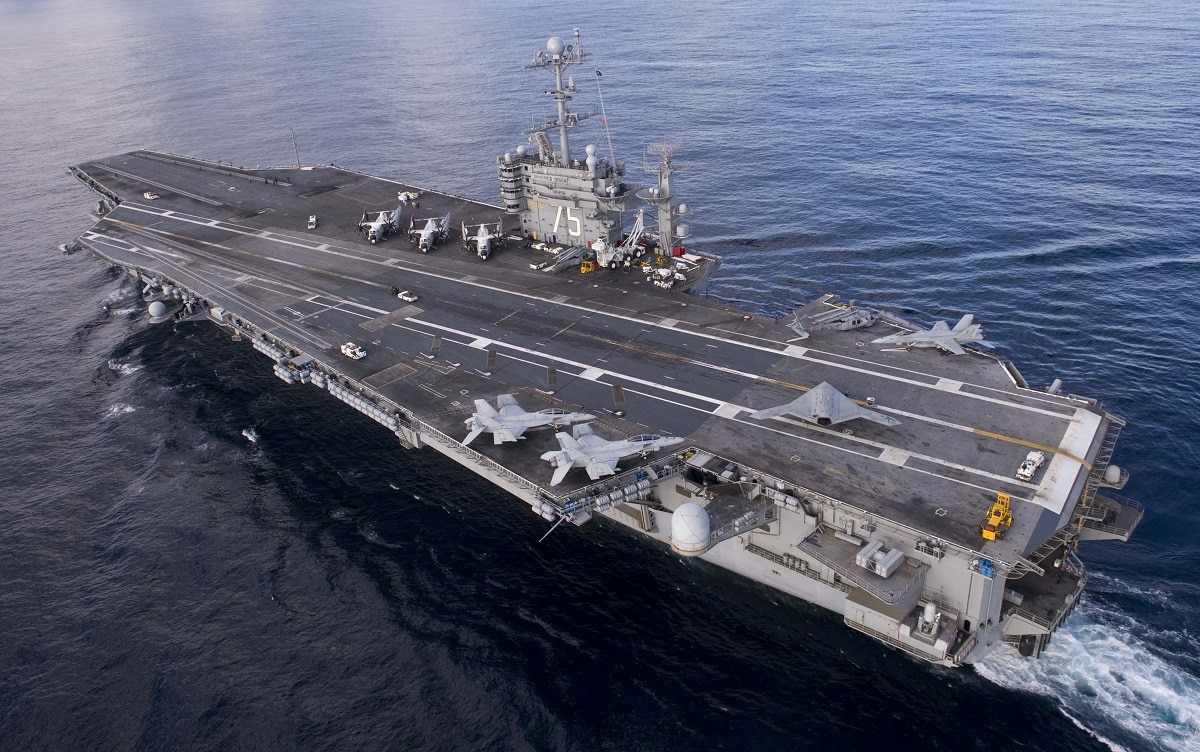 In March, news circulated that the U.S. Navy was considering revisiting a 2019 proposal that would result in USS Harry S. Truman (CVN-75), the eighth Nimitz-class aircraft carrier, being taken out of service to save the cost of the warship’s upcoming refueling and complex overhaul (RCOH). Already there has been bipartisan opposition to retire the supercarrier.

“The bottom line is, getting rid of ships when you’re trying to re-build the Navy is not a smart decision,” said Rep. Elaine Luria (D-Virginia) during a talk with the Hudson Institute in response to the news that the carrier might face the chopping block.

“You know, people can make the argument that I don’t buy, that, we’ll save some money immediately because we won’t spend money to refuel it,” added Luria, who is a member of the House Armed Services Committee. “But there’s a lot of sunk costs in this carrier, with 25 years left in its life. And decommissioning it is obviously not going to be a long-term money-saving proposition.”

CVN-75, nicknamed HST and Lone Warrior, is the first warship to be named for the thirty-third president of the United States (POTUS), Harry S. Truman. She is currently homeported at Naval Station Norfolk, Virginia.

As with other Nimitz-class carriers, CVN-75 is powered by two nuclear reactors, which give her almost unlimited range as well as the ability to stay at sea almost indefinitely. As a floating military airport, the carrier is 1,092 feet long while its flight deck is about 4.5 acres. The warship is home at sea to approximately 3,200 sailors and Marines as well as nearly 2,500 additional personnel that make up the Air Wing.

The carrier’s embarked air wing consists of eight to nine squadrons of fixed-wing and rotary aircraft including Navy and Marine Corps F/A-18 Hornets, EA-18G Growlers, MH-60Rs, MH-60Ss and E-2C Hawkeyes. As with other carriers in her class, CVN-75 can utilize her four catapults and four arresting gear engines to launch and recover aircraft rapidly and simultaneously.

In addition to serving as POTUS, Captain Harry Truman served as commanding officer of the U.S. Army’s 129th Field Artillery Regiment of the 35th Division. His service is honored by USS Harry S. Truman’s battle flag, which features crossed cannons and the motto, “Give ‘Em Hell” – a reference to President Truman’s hard fought re-election campaign in 1948 during a stop in Seattle someone yelled, “Give ’em hell, Harry!”

While Truman later wrote, “I have never deliberately given anyone hell,” the carrier bearing his name has likely been an adversary’s worst nightmare. She has won numerous awards that recognize the ship’s excellence including the Battenberg Cup (2003), multiple Battle “E” awards, and notably the Marjorie Sterrett Battleship Fund Award, which is given to the most battle-ready ship in the U.S. Atlantic Fleet. She won that award twice, first in 2004 and again in 2009.

During the early stages of the 2003 invasion of Iraq, air wing aircrews flew nearly 1,300 combat sorties from the Mediterranean Sea, while in 2004 as part of a Navy-wide series of re-designations became the immediate superior in command (ISIC) of CSG-10 and headed to the Persian Gulf. Harry S. Truman and Carrier Air Wing 3 (CAW-3) launched 2,577 sorties, totaling nearly 13,000 flight hours, flying combat missions over Iraq. In 2016, the carrier as flagship of CSG-8 took part in an eight-month air operation against ISIS as part of Operation Inherent Resolve.

In addition to combat operations, Lone Warrior has taken part in multiple humanitarian missions including responding to 2005’s Hurricane Katrina.

Harry S. Truman’s RCOH has been tentatively scheduled for 2024, and while former President Donald J. Trump had suggested the U.S. Navy’s carrier fleet be increased to twelve, up from eleven, it is uncertain what the future holds for Lone Warrior.