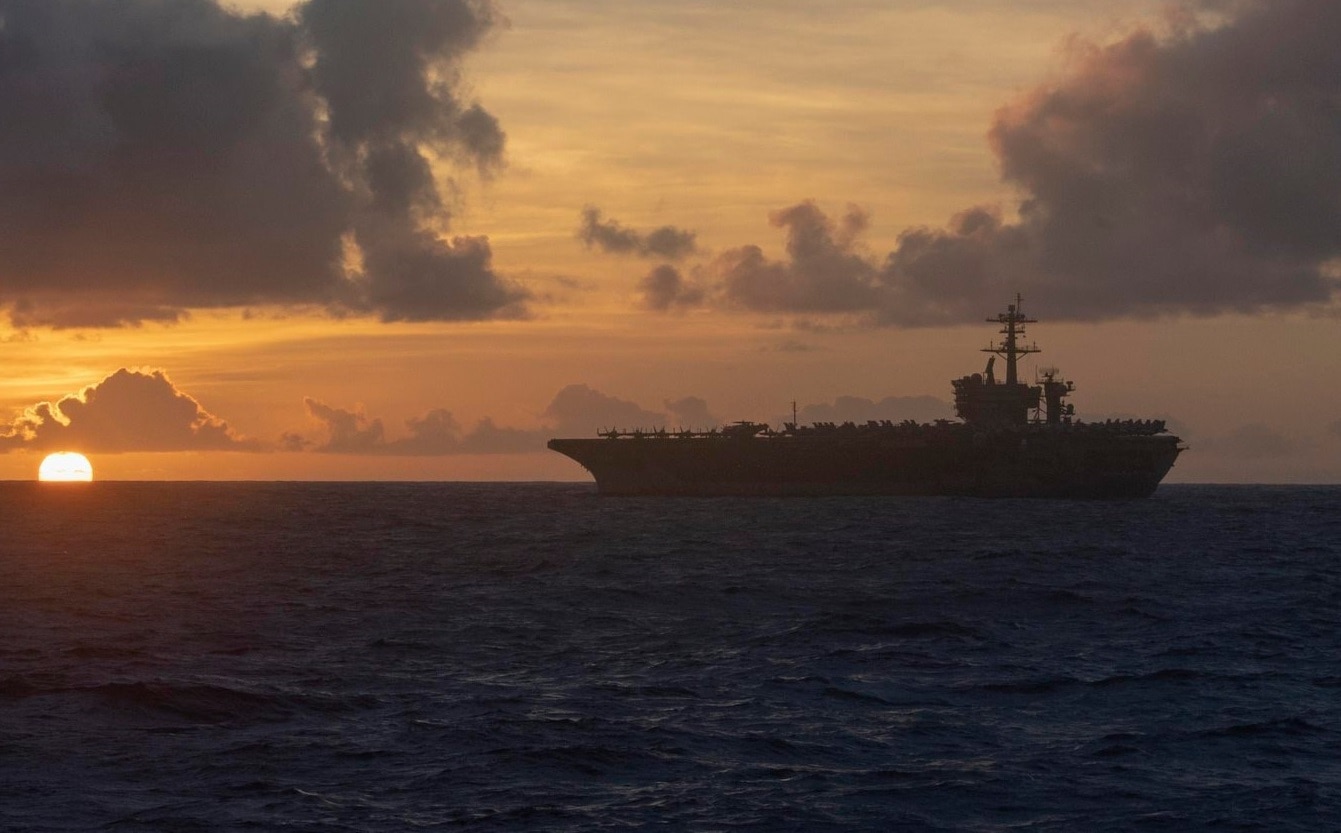 A year ago, the USS Theodore Roosevelt (CVN-71), nicknamed “The Big Stick,” was in the spotlight for all the wrong reasons.

The ship, the fourth Nimitz-class, nuclear-powered aircraft carrier, was sidelined for more than a month and a half when more than half the crew became infected with the novel coronavirus. She was the first United States Navy vessel to have a Covid-19 outbreak at sea.

The response by Captain Brett Crozier, the warship’s commanding officer, included the sending of an email to ten Pacific Fleet admirals and captains, led to his being relieved of command by then acting Navy Secretary Thomas Modly in early April 2020.

As a result of the response – in which the crew were evacuated and treated while the vessel was cleaned – was used by the Navy and the Centers for Disease Control (CDC) to study the pandemic. By June 2020, The Big Stick was back at sea. She completed a two-carrier operation in the Philippine Sea with USS Nimitz (CVN-68) that month.

While the vessel captured the attention of the American public for the Covid-19 outbreak, the carrier has actually had a long and distinguish carrier. Ship awards including a Joint Meritorious Unit Award, three Navy Unit Commendations, four Battle Efficiency Awards (Battle “E”), two National Defense Service Medals and two Security Excellence Awards among others. The warship also was awarded a NATO Medal as well as Kuwait Liberation Medals from both Kuwait and Saudi Arabia.

Named for Theodore Roosevelt, the twenty-sixth president of the United States, CVN-71 was launched in October 1984 and commissioned two years later in October 1986. She is 317 meters in length and 99 meters wide.

The carrier began her maiden deployment in late December 1988 with Carrier Air Wing Eight (CVW-8) embarked. Just over two years after entering service, Theodore Roosevelt was deployed to take part in Operation Desert Shield and arrived in the Persian Gulf.

During the subsequent Operation Desert Storm, which actually began the day before the carrier arrived on station, the vessel took part in a combat operation where pilots flew more than 4,200 sorties – more than any other carrier.

The warship’s airwing later took part in patrols during Operation Provide Comfort to support Kurdish forces in Iraq, and then a year later in Operation Deny Flight to support the U.S. no-fly zone over Bosnia. CVN-71 then became one of only a few nuclear-powered warships to transit the Suez Canal when she was deployed to participate in Operation Southern Watch over Iraq.

Theodore Roosevelt began her seventh deployment just after the September 11, 2001 terrorist attacks on New York City and the Pentagon, and joined the already-present USS Enterprise and USS Carl Vinson in conducting attacks against al-Qaeda forces in Afghanistan during Operation Enduring Freedom. While deployed in the region, Theodore Roosevelt spent a total of one hundred and sixty consecutive days at sea, and broke the record for the longest period underway of a U.S. carrier since World War II.

Following scheduled maintenance, the carrier deployed again to the Persian Gulf in support of Operation Iraqi Freedom in September 2005, and again transited the Suez Canal.

More recently, the carrier has been deployed in the Indo-Pacific, and in March 2020, along with the cruiser USS Bunker Hill, made a port-of-call visit to Da Nang, Vietnam. The five-day port visit was to commemorate the twenty-fifth anniversary of the United States-Vietnam relations.

In March of this year, the Theodore Roosevelt Carrier Strike Group (TRCSG) conducted a joint force maritime exercise with India, proof that the vessel should be known as more than the Covid ship.