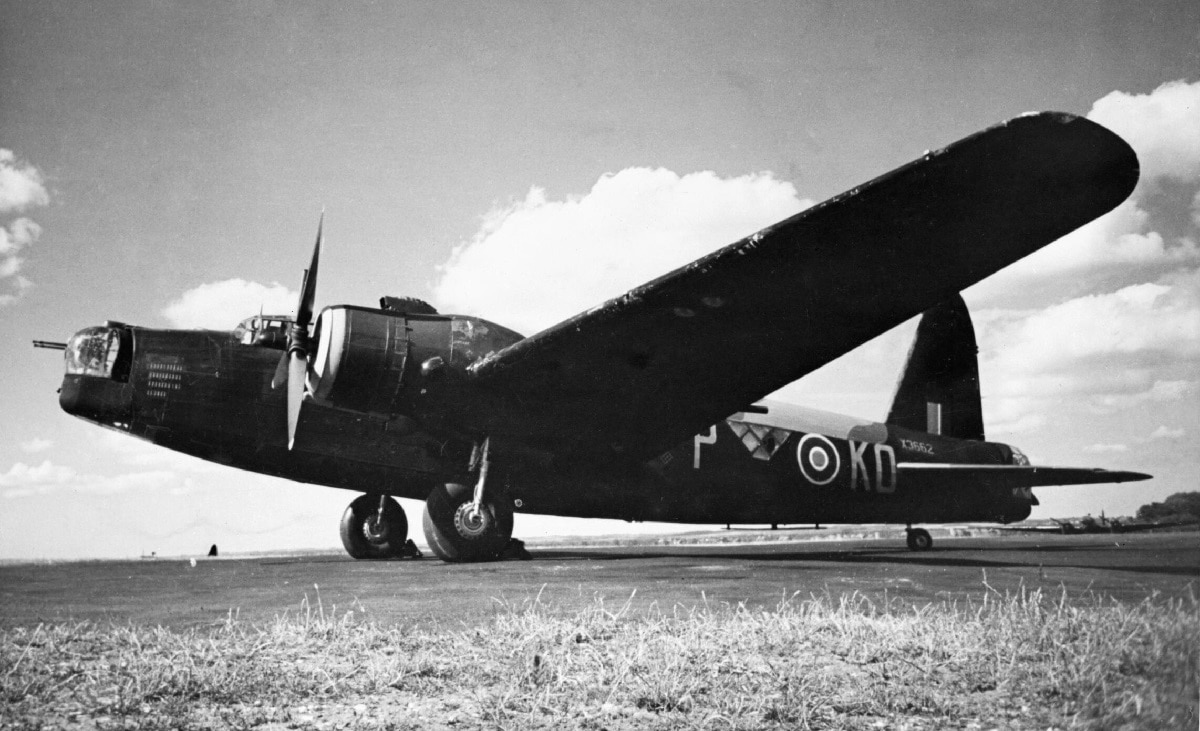 The U.S. Army Air Force’s B-17 Flying Fortress and the Royal Air Force’s (RAF’s) Avro Lancaster are two of the most famous – even infamous – bombers of the Second World War. Yet, the USAAF actually flew more B-24 Liberators while the RAF’s most produced bomber of the war was the Vickers Wellington, a twin-engined, long-range medium bomber.

Conceived by Vickers-Armstrong Chief Designer Rex Pierson during the mid-1930s, it was actually one of two bombers named after Arthur Wellesley, 1st Duke of Wellington – the other being the Vickers Wellesley. From that early aircraft, new geodetic construction methods were devised, which were used with the Wellington. Introduced in 1938, the first aircraft were delivered to No. 9 squadron.

The Vickers Wellington was quite advanced for the time but was quickly outdated as newer aircraft were introduced. It was powered by twin 1050hp Bristol Pegasus XVIII engines, which gave the aircraft a maximum speed of 235 mph and a ceiling of 18,000 feet with a range of 2,550 miles. It could carry 4,500 pounds of bombs. The aircraft was armed with six .303 Vickers machine guns including two in the nose turret, two in the tail turret, and two in the waist positions. Typically, the Wellington had a crew of five or six, included pilot, radio operator, navigator and gunners.

When the war began, the RAF had eight squadrons of Wellingtons, and they participated in the first attacks of the war, including the disastrous raid on Wilhelmshaven in the early days of the war, where ten of the twenty-four bombers were shot down and three more damaged. It was clear that the bombers were too vulnerable for daylight attacks and the bombers were switched to a night bomber role.

The “Wellie” – as it came to be known – bore the brunt of the Bomber Command offensive against Germany and made up sixty percent of the first 1,000 bomber raid on Cologne that took place on May 30, 1942. As the war progressed the Vickers Wellington served with Coastal and Overseas Commands, and as it was superseded in its primary role by the much larger, “heavy bombers” including the Avro Lancaster and Vickers Warwick, the Wellie was utilized in marine reconnaissance and anti-submarine missions. By the time the war ended, the Wellingtons had flown 346,440 operational hours in Europe, and 525,769 hours in the Middle and the Far East.

In addition to serving with the RAF, the bomber was used by the Fleet Air Arm of the Royal Navy, as well as by the Royal Australian Air Force (RAAF) and Royal Canadian Air Force (RCAF). In Canadian service the bomber earned the nickname “Wimpy” after J. Wellington Wimpy, Popeye’s hamburger-loving cartoon pal.

The Mk. V and Mk. VI versions were also advanced high-altitude versions that featured a primitive pressurized cabin, however the performance was underwhelming and as a result the aircraft weren’t deployed in combat operations.

A total of 11,461 Vickers Wellingtons were produced, and the airframe was used in the testing of new turbojet and turboprop engines in the post-war era, whilst also serving as the basis for the civilian variant, the Vickers VC-1 Viking. The bomber was only retired in March 1953.

Only two complete Wellingtons survive and both are on display in museums. Wellington IA serial number N2980 is owned by Brooklands Museum at Brooklands, Surrey; while Wellington T.10 serial number MF628 is held by the Royal Air Force Museum. Restoration is currently ongoing, but it is worth noting that the aircraft was also seen in the film The Dam Busters.