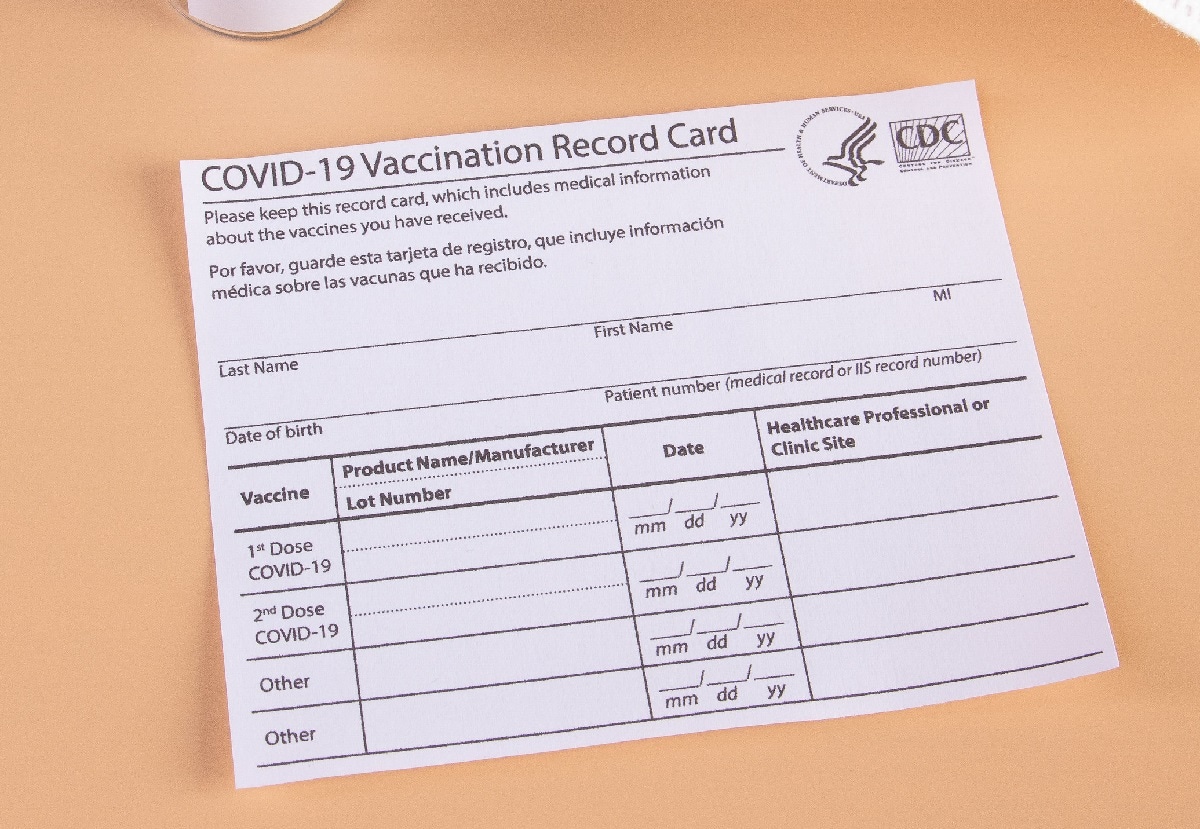 There’s been a great deal of debate in recent months about the ethics and efficacy of “vaccine passports,” in regard to coronavirus vaccination. That’s the idea that there would be some type of official record of who is or isn’t vaccinated, and for such passports to be required to do certain things, like fly or enter certain establishments.

The federal government has not announced any type of plan for a federally recognized vaccine passport, although local politicians have struck back against the idea, with Arizona Gov. Doug Ducey this week banned local governments in that state from requiring vaccine passports to enter businesses or get services.

“While we strongly recommend all Arizonans get the COVID-19 vaccine, it’s not mandated in our state — and it never will be,” Ducey said this week in a statement. “Vaccination is up to each individual, not the government.”

While it’s not a passport, there is something called a COVID-19 Vaccination Record Card, which is issued by the CDC to everyone who gets vaccinated. It lists the date on which the person was vaccinated, and which vaccine they received. For those receiving the Pfizer or Moderna vaccines, which required two doses, the record card is presented to the recipient when they receive their first shot, and they’re asked to produce the card when they get their second shot.

It’s not really a passport, and since I was vaccinated I’ve never once been asked to produce the card in order to enter a business or do anything else.

But still, what happens if you lose the card, in between vaccine appointments?

“If you happen to lose your card, check back with the clinic, pharmacy, or hospital where you received the immunization, as they may have some form of record,” one doctor told health.com. If that doesn’t work, the CDC recommends contacting your state health department’s immunization information system. The CDC, however, does not have any type of national database of vaccination information.

Per health.com, recipients of the cards are asked not to laminate them. That’s because there’s a chance booster shots will be required in the future, and so the card should be in a state where it can be written on again. Card recipients are also encouraged to take a picture of the card, so as to have a record of the card.

Meanwhile, a black market has emerged for fake vaccine cards. A group of state attorneys general signed a letter earlier this week to urge OfferUp, an online marketplace, to no longer allow the sale of such fake cards.

“Those who falsely claim to be vaccinated are circumventing policies established to keep people safe,” Hawaii Attorney General Clare Connors said in the letter, per Hawaii News Now. “Online platforms must do everything they can to stop and prevent dangerous, unlawful conduct occurring on their platforms.”