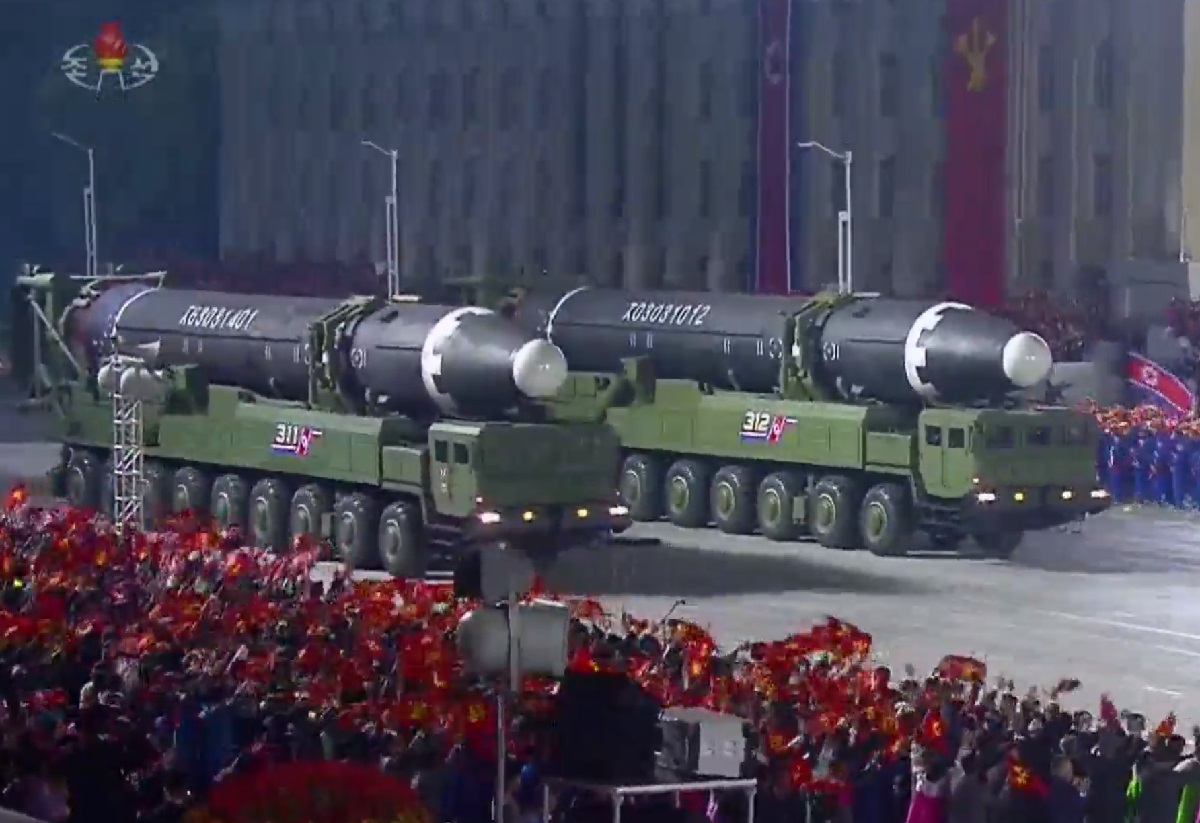 The Korean Peninsula remains one of the world’s most dangerous hotspots, with the potential for the outbreak of a truly calamitous conflict.

Much of the danger stems from military concerns among the potential combatants that leave each side with strong incentives to launch a preemptive attack, potentially lowering the threshold for the start of hostilities. This is particularly true for North Korea, whose conventional military inferiority in comparison to both South Korea and the United States strongly encourages such an opening maneuver.

The Korean People’s Army (KPA) enjoys a substantial quantitative advantage over the militaries of both South Korea and the United States. Indeed, the KPA remains one of the world’s largest standing militaries, numbering close to 1.3 million total active-duty personnel with more than 6 million potential reserves. The KPA’s numerical advantage extends to certain categories of military hardware as well, with the KPA fielding an estimated 1.5 times as many main battle tanks as the South Korean military and more than twenty times as many multiple launch rocket systems (MLRS).

However, despite its large quantitative advantage, the KPA suffers from significant qualitative deficiencies when compared to the U.S. and South Korean armed forces. Much of North Korea’s military capabilities are based on outdated Soviet or Chinese platforms acquired during the Cold War. North Korea’s large armored force, for example, is comprised primarily of Soviet and Chinese tanks that the DPRK received during the 1970s, while its domestically produced tanks are heavily based on equally outdated Soviet designs. The Korean People’s Air and Air-Defense Force (KPAF) operates similarly aging equipment, with the majority of its over 400 tactical fighter aircraft consisting of Soviet and Chinese designs from the 1950s and 1960s.

North Korea has attempted to offset its relative conventional deficiencies through the pursuit of asymmetric military capabilities. The DPRK’s approach to military modernization has long been guided by a desire to pursue select capabilities that provide the largest strategic benefit for the lowest possible costs in recognition of its resource constraints. This has resulted in not only the country’s nuclear weapons program but also its development of a large and increasingly capable ballistic missile arsenal, its stockpiling of chemical weapons, and its employment of a large special operations force as well as its growing cyber capabilities.

In Search of a Quick Victory

In the event of the outbreak of large-scale conflict on the Korean Peninsula, North Korea is likely to pursue a quick and decisive end to the conflict. This is reflective of not only the relative weakness of the country’s conventional military – which would likely struggle in the face of sustained combat with the armed forces of South Korea and the United States – but also of North Korea’s inability to sustain a conflict long term, which is limited by a stockpile of food, oil, and ammunition that the South Korean Ministry of National Defense has estimated would last only between one and three months.

The need for a quick victory would likely see North Korea act quickly in the opening stages of a conflict. Roughly 70 percent of North Korea’s military forces are forward deployed to within  60 miles of the Demilitarized Zone (DMZ), giving it the ability to launch an invasion of the South quickly as well as to overcome at least some of the supply and logistical challenges associated with such an endeavor. North Korea would also likely look to rapidly escalate the conflict utilizing its full array of asymmetric military capabilities in an attempt to secure an initial advantage.

An important facet of North Korea’s wartime strategy will also no doubt involve preventing or at least delaying the introduction of additional U.S. forces to the Korean Peninsula, and as such North Korea will look to target military bases and ports in both South Korea and Japan used for such a purpose.

There is also reason to believe that North Korea will turn towards the early use of nuclear weapons in the event of a major war with South Korea and the United States. In addition to their obvious value in offsetting North Korea’s conventional inferiority as part of a nuclear warfighting strategy, the need for a quick end to a conflict in order to avoid a conventional defeat is likely to result in a “use it or lose it” mentality among the North Korean leadership. Such concerns may be reinforced by a South Korean military strategy centered around the targeting of the North Korean leadership in the event of a North Korean attack on the South.

North Korea no doubt recognizes that its ability to prevail in a conflict with South Korea and the United States is predicated on its ability to cause enough casualties and achieve relevant military objectives before the U.S. and ROK are able to effectively bring to bear their superior conventional military capabilities. As such, North Korea will be heavily incentivized to launch a preemptive attack if it believes that a war with South Korea and the United States is on the horizon. This will likely lower the threshold for North Korean recourse to the use of force, which has significant ramifications for crisis and conflict escalation on the Korean Peninsula.