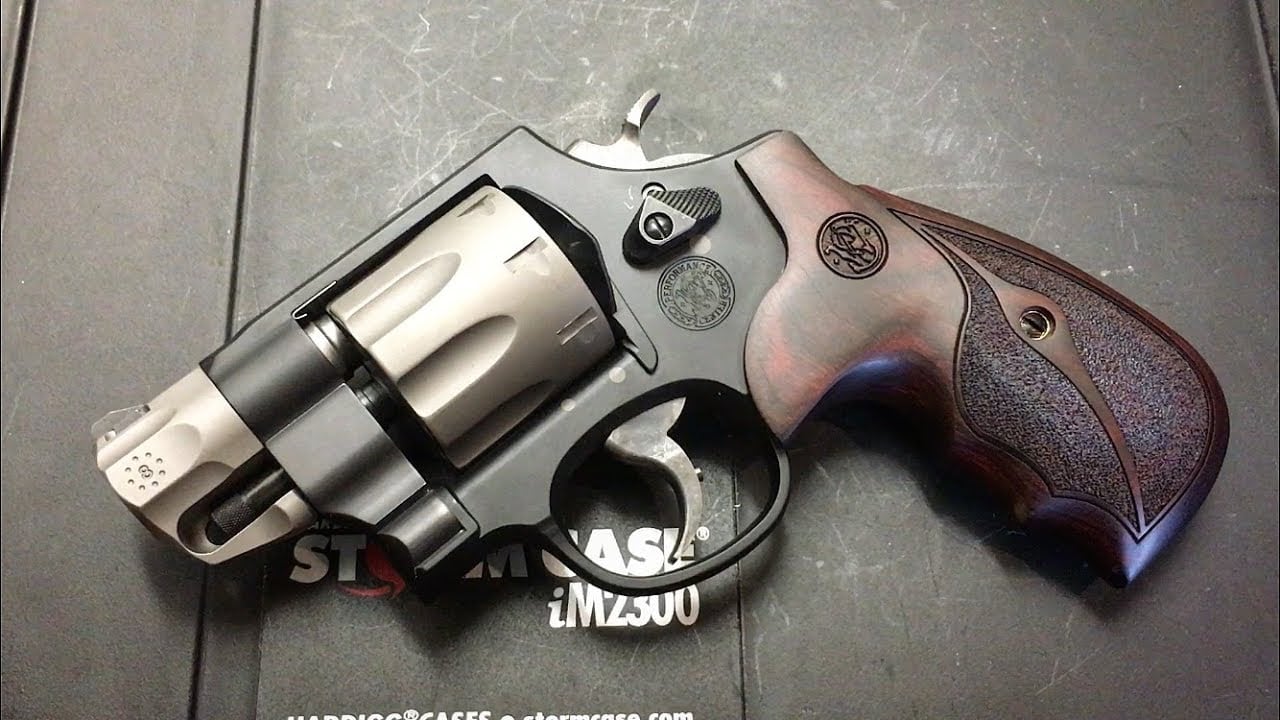 Smith & Wesson is without a doubt one of the United States’ oldest and most experienced firearm manufacturers. And it’s not very difficult to see why — the company has been in the gunsmithing business for nearly 170 years. That’s plenty of time to perfect their firearm designs. And while the company does build a number of semi-automatic pistols and rifles, it is the company’s revolvers that stand out in particular as some of the best in existence.

One of Smith & Wesson’s revolvers, the Model 327, is quite remarkable.

The diminutive Model 327 is based on Smith & Wesson’s N-frame revolvers, a proprietary large-sized revolver frame that is robust enough to handle some of the stiffest magnum cartridges, including the .357 Magnum which the Model 327 is chambered in, as well as other hot cartridges like the .44 Magnum and the 10mm Auto.

Though the Model 327’s N-frame revolver is considered a large frame, the Model 327 is actually a quite compact revolver. Don’t let its small size fool you though — the Model 327 can chamber an astounding eight .357 Magnum cartridges despite its size.

In the case of the Model 327, a number of components are improved. Both the cylinder and barrel are titanium alloys, and therefore lighter and stronger than stock steel components. The revolver’s frame is a scandium alloy, a decision that also reduces weight without sacrificing strength.

The Model 327 is indeed a high-quality revolver, though not exactly cheap. It retails on the Smith & Wesson website for over $1,300. The upside though is the revolver is backed by Smith & Wesson’s lifetime service policy, so you’ll never have to worry about buying a lemon.

Smith & Wesson has designed an excellent revolver that still packs a hefty punch. For those who are in the market for a compact and very light-weight, quality revolver, look no further than the Model 327.