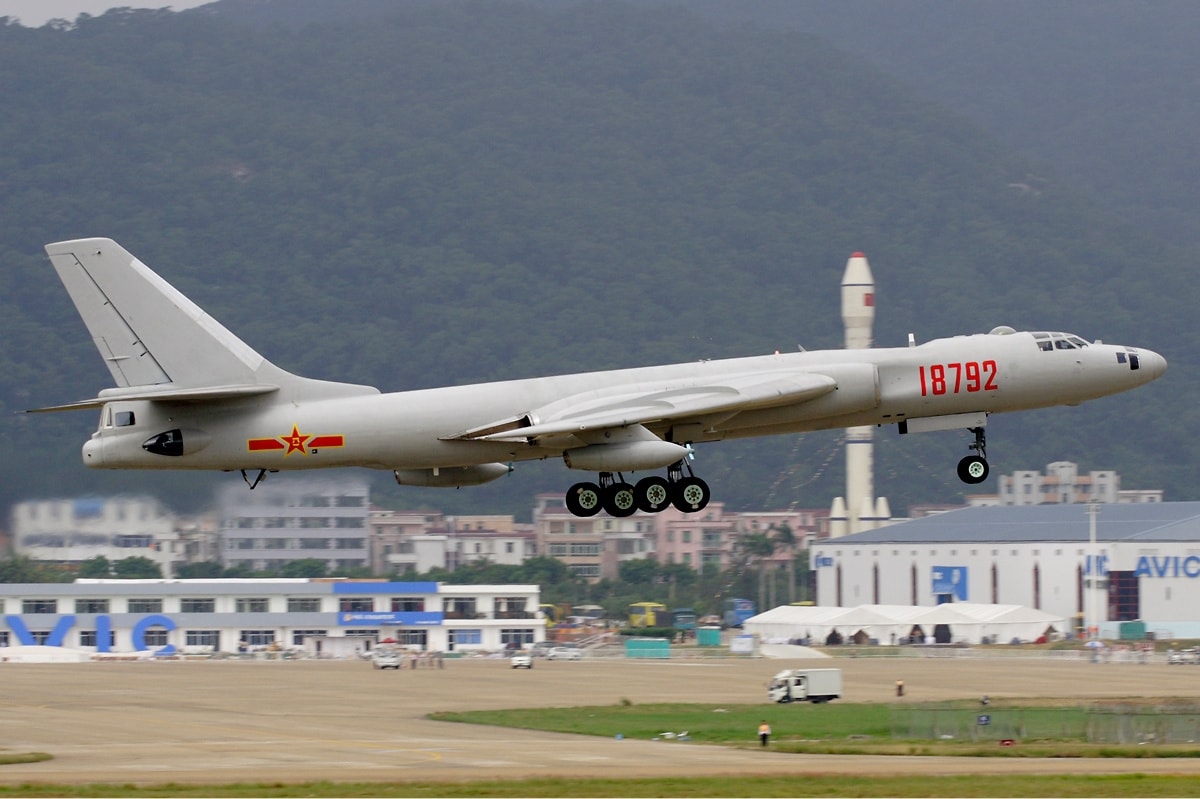 PLANAF HY-6U with aerial refuelling pods (2008) "The most distinct difference between HY-6U and HY-6D is that HY-6U has a metal nose cone, while HY-6D still has the transparent glass nose".

China has plans to improve an airplane landing strip as well as a bridge one of the Republic of Kiribati’s outlying islands, according to a recent report in Reuters. The island, known as Kanton Island or alternatively as Canton Island, is roughly midway between Asia and the North American continent, though it is a scant 1,900 miles southwest of Hawaii.

It is unclear exactly how extensive the proposed project could be, or what it would concretely look like if finalized. “The [Kiribati] government hasn’t shared the cost and other details other than it’s a feasibility study for the rehabilitation of the runway and bridge,” a Kitibati lawmaker told Reuters. “The opposition will be seeking more information from government in due course.”

Kiribati is a sprawling but thinly populated Pacific Island nation, and the only country in the world with territory in the four Cardinal Hemispheres. Kiribati also has one of the world’s largest Exclusive economic zones through the islands have very few natural resources, and many of Kiribati’s 120,000 citizens depend on the fishing or tourism industries.

During World War II, Canton Island enjoyed some usefulness as a refueling station for airplanes going between Australia and New Zealand to the United States, as well as a staging area for attacks on the Gilbert Islands to Kiribati’s west.

Postwar, the United States used Canton Island as a base for missile and satellite tracking. The introduction of longer-range commercial airplanes reduced Canton’s usefulness as an airplane layover location, and today only a few dozen people live on the island.

Kiribati has taken a pro-China slant in recent years. In 2019, the government severed diplomatic relations with Taiwan in favor of relations with China, and in 2020, Kiribati’s President Taneti Maamau won re-election. He is widely seen as pro-China.

1,900 miles may sound like a long ways away, though it’s roughly the distance from Los Angeles to Columbus, Ohio. And when considering the range of some of China’s airplanes, could be a cause for concern.

Take the J-20 — China’s domestically developed stealth fighter — for example. The 5th generation airplane has an estimated range of 3,700 miles, which would put Hawaii just within the J-20’s combat radius without needing to refuel. Combined with long-range standoff munitions, this could potentially pose a serious threat to American forces on Hawaii. China’s bomber fleet would also have sufficient range to target Hawaii and possibly parts of the west coast from Canton Island.

It’s unclear if the proposed construction is part of China’s Belt and Road Initiative, a global infrastructure development project that aims to integrate many country’s economies with China’s, though the project is regarded as predatory by many governments and has been dubbed debt-trap diplomacy by some think tankers and economists.

Infrastructure on Canton Island accessible to China could provide Chinese forces with a toehold in territory that has been within the United States’ backyard since World War Two. Furthermore, the island is particularly well-positioned in the middle of sea lanes that connect Australia and New Zealand with North America. Commercial shipping transiting the area could be particularly vulnerable and fall prey to China.

In a hypothetical Sino-American conflict, a Chinese presence on Canton Island could command an important and deadly position — as China’s westernmost Pacific outpost.