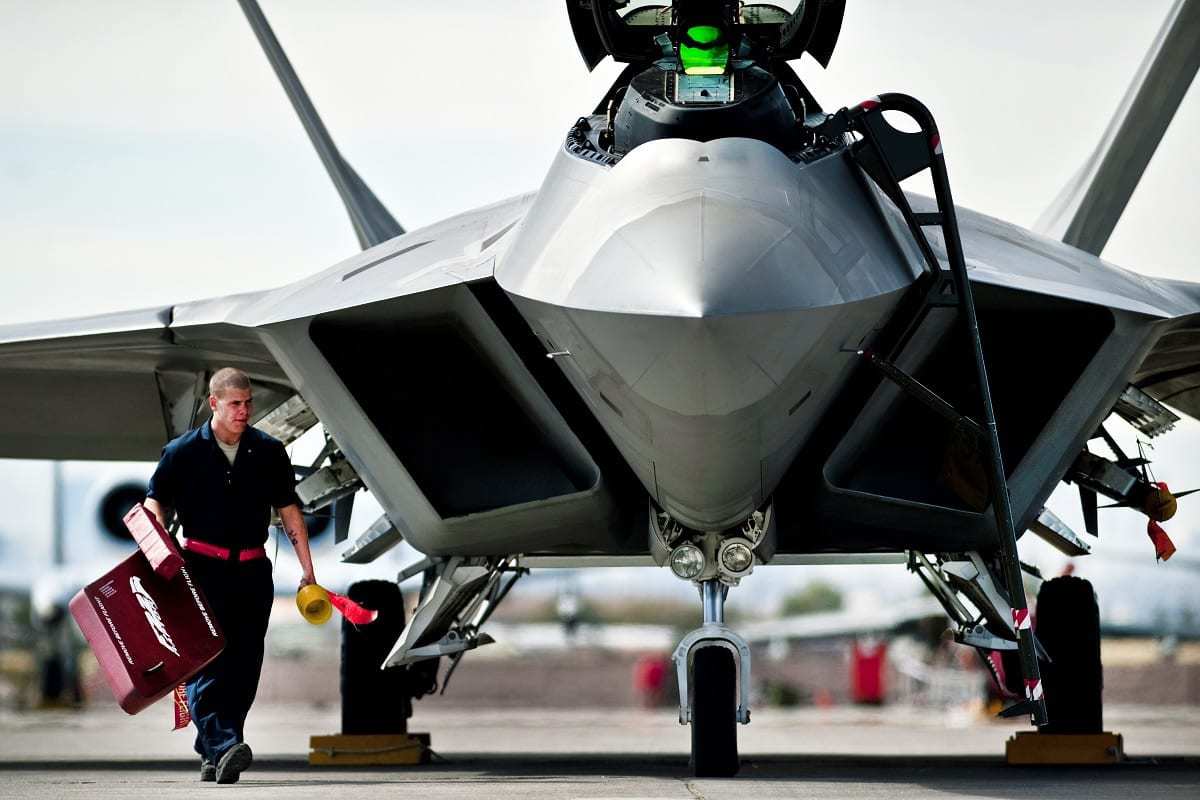 The U.S. Air Force believes that the F-22 would not have sufficient capabilities to be the United States’ go-to air superiority fighter in the coming years, given the pace of near-peer aviation and anti-aircraft threats from China and Russia.

It remains unclear when exactly the Air Force would move to retire the F-22, which entered service in 2005. Though the fighter is considered by many analysts to be the most potent of current fifth-generation stealth fighters, work on a sixth-generation fighter is already well underway in the United States, and it may make its service debut as soon as 2030.

In an interview with Defense News, Lt. Gen. Clinton Hinote, the Air Force Deputy Chief of Staff for Strategy, Integration, and Requirements, explained that as the F-22 ages, it just wouldn’t be able to keep pace with threats in Asia.

“By about the 2030 timeframe, you’re talking about a 40-year-old platform [in reference to the F-22], and it’s just not going to be the right tool for the job, especially when we’re talking about defending our friends like Taiwan and Japan and the Philippines against a Chinese threat that grows and grows,” the Lt. Gen. Hinote explained.

Lt. Gen. Hintote further explained that at this point, the Air Force is treating the F-22 as a sort of a bridge until the flying branch receives the sixth-generation fighter that comes out of the Next Generation Air Dominance program.

Previous reporting revealed that the Air Force’s NGAD fighter is not only off the drawing board but has already taken to the skies — and broken records in the process. Though details on the fighter are scarce, given the program’s classified nature, it is thought to be radically different than previous American fighters and may be capable of flight with or without a pilot on board.

Citing a war game conducted by the Air Force last year, Lt. Gen. Hintote underlined a modest onboard weapon capacity as well as insufficient flight range as two of the F-22’s limiting factors in a hypothetical conflict in Asia. During the game, a simulated invasion of Taiwan by China, the Air Force relied on the NGAD fighter to penetrate Chinese airspace, likely an indication of both the NGAD’s higher endurance as well as deeper magazines.

Another factor that limits the F-22’s usefulness is the small number of fighters that the Air Force ultimately ordered — less than 200 — and an ever-decreasing supply of spare parts caused by closing the F-22 production support infrastructure in 2009-10.

In short: the need for the Next Generation Air Dominance fighter is great, in particular when considering the F-22’s increasing age. And though the sixth-generation fighter is still in the prototype phase, once it enter’s serial production, it will be a game-changer.