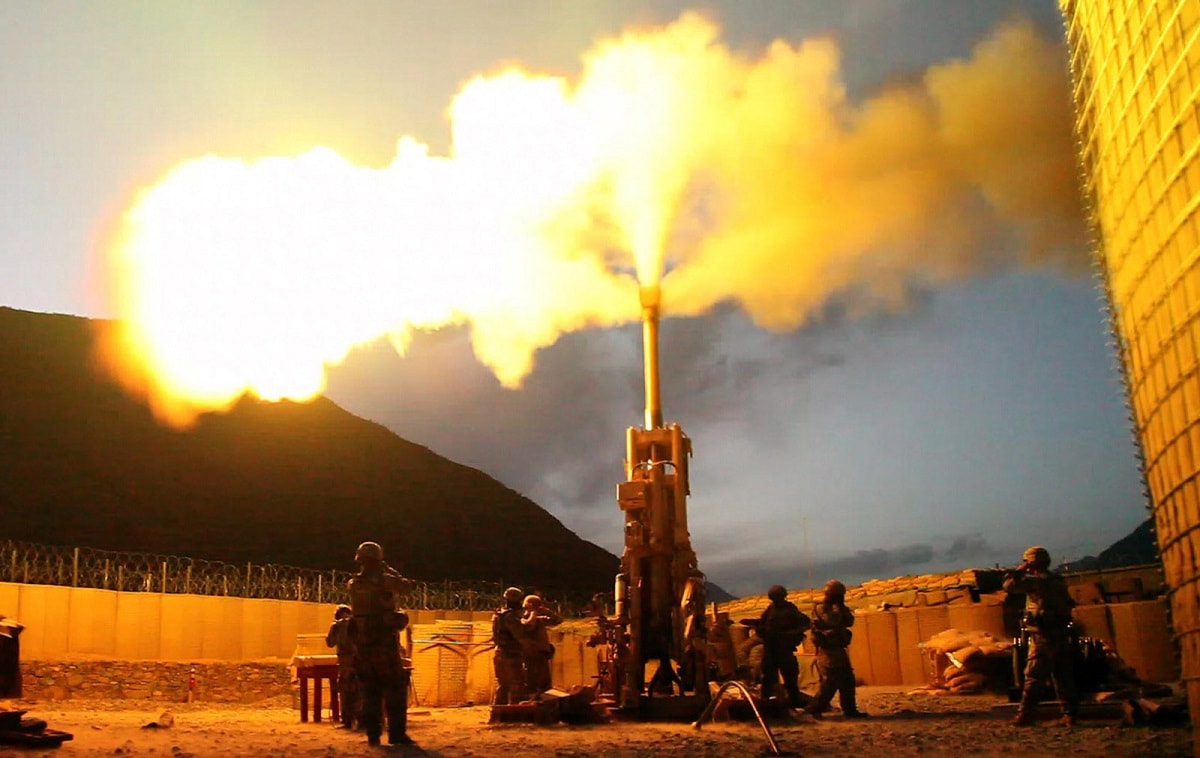 This is amazing: Updated insider information concerning the Army’s Long Range Hypersonic Weapon (LRHW) has recently emerged and puts the hypersonic missile’s range at greater than 2,775 kilometers, or 1,725 miles.

The information, disclosed to Breaking Defense by an anonymous Army spokesman, unravels some of the mystery surrounding the advanced missile type — and has serious implications for the Pacific Ocean area and Southeast Asia.

The Army’s LRHW is a boost-glide type vehicle. In this configuration, an unpowered glider body is brought up skywards and to speed by a booster rocket, similarly to an intercontinental ballistic missile. The unpowered glider vehicle then separates from the rocket body and glides earthward towards its target — though gliding is somewhat of a misnomer.

“Gliding” at blisteringly fast hypersonic speeds mean virtually any speed from Mach 5 to Mach 20. At these speeds, the Army’s LRHW as well as other hypersonic missiles can reach even very distant targets at significantly faster speeds than even ICBMs. Boost-glide vehicles are also highly maneuverable, which in theory gives them a significant edge over traditional anti-missile defense systems, which are optimized for shooting down non-hypersonic missile targets.

Though these new details shed light on the Army’s Long Range Hypersonic Weapon program, it’s not the only hypersonic weapon program currently underway with the United States military. Parallel to the Army’s effort, the U.S. Air Force is also developing an air-launched hypersonic missile dubbed the Hypersonic Attack Cruise Missile.

The Air Force missile differs significantly from its Army counterpart: the HACM relies on an air-breathing scramjet engine for propulsion as opposed to the Army’s rocket propelled LRHW. Though definitive details concerning the Air Force project are wrapped in secrecy, it is assumed that the flying branch’s hypersonic weapon would have a lower flight envelope and shorter range, as it is bomber-launched: the weapon’s engine is therefor dependent on atmospheric oxygen for combustion.

The Long Range Hypersonic Weapon’s range would have significant implications for Asia. Long Range Hypersonic Weapons based thought Southeast Asia — in Japan, on the South Korean Peninsula, or in the Philippines — could not only strike the myriad islands built up by China in the South China Sea but also deep inside the Chinese mainland. Beijing itself could be threatened.

Land-based missile launch locations aside, a naval version of the Long Range Hypersonic Weapon called Conventional Prompt Strike, could soon be launched from both American warships and submarines and would offer a much nimbler launch platform than a fixed land location. The Navy’s CPS missile is thought to have broadly similar characteristics as the Army’s initiative.

Mating hypersonic weapons to the Navy’s advanced submarine force could prove to be a potent asset, especially when considering both the current submarine’s stealthy characteristics, as well as the Navy’s new attack submarine currently in the works.

At land or at sea — the United States’ hypersonic missiles pose a significant threat to Chinese security.