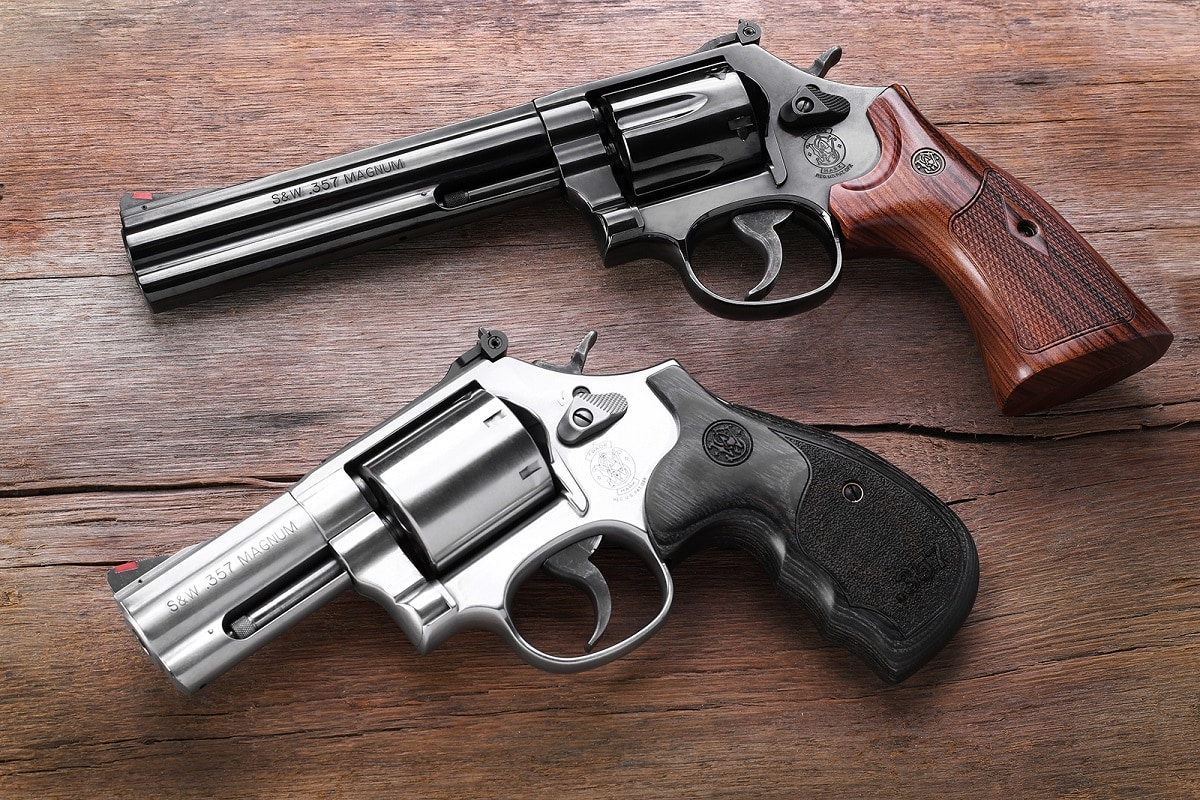 No conversation about American firearms is complete without mentioning Smith & Wesson. The American gun manufacturer calls upon nearly 170 years of experience — plenty of time to further develop their firearm designs. Indeed, Smith & Wesson offers a diverse lineup of both semi-automatic pistols, as well as rifles, though it is the company’s revolvers that stand apart from the rest.

One Smith & Wesson design that is particularly potent is the Model 586.

The Model 586 is built around Smith & Wesson’s L-frame, a medium-sized revolver frame that is sufficiently robust to handle hotter cartridges like the .44 Magnum, though in the case of the Model 586, the revolver is chambered in .357 Magnum. In contrast to many revolvers, the Model 586 has a large cylinder that can accommodate a full 7 rounds of .357 Magnum — putting a huge amount of firepower at a shooter’s fingertips.

The entire revolver — frame, barrel, and cylinder — is made of blued carbon steel and ships with checkered hardwood grips that feature two-finger gloves that help ensure a firm, tight grip on the revolver.

The Model 586 is part of Smith & Wesson’s Performance Center collection. This lineup of revolvers and other firearms are made with accurized components, “combining old-world hand-craftsmanship with modern technology to create extremely accurate, high-performance models designed for the most demanding shooters.”