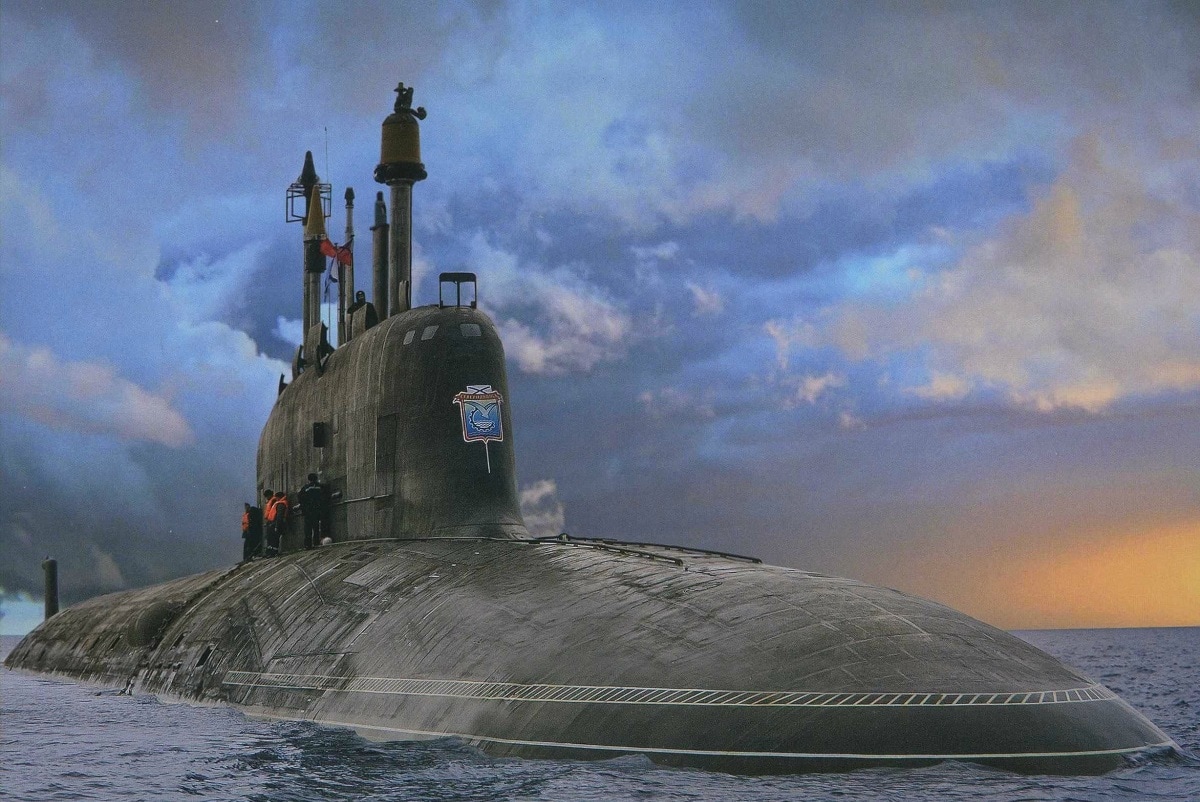 Nearly 12 years after construction began on Russia’s first modified Yasen-class submarine, the Russian Navy raised St. Andrews’s Flag — the ensign of the Russian Navy — on the advanced subvariant of the original Yasen-class family of nuclear attack submarines. Compared to the parent design, the modified Yasen-class (alternatively known as the Yasen-M-class) is about 40 feet shorter, as it lacks one of the flank sonar arrays seen on its predecessor.

Though the modified Yasen-class is said to be the quietest submarine design ever commissioned by the Russian or the Soviet Navies, shortcomings to the submarine’s design delayed handover to the Navy from the Sevmash shipyard that built the submarine by several months.

Quoting a source familiar with the submarine’s technical specifics, Russia’s state-owned TASS news agency reported that, “‘based on the results of mooring tests, as well as the winter stage of the factory sea trials, it was found that a number of auxiliary components and assemblies of the ship do not meet the requirements of the tactical and technical assignment of the Ministry of Defense, including reliability.’”

Although the newer modified Yasen-class submarine is thought to be even more advanced than its Yasen-class parent, the original Yasen-class so impressed one of the U.S. Navy’s top submarine officers, he had a model of the submarine built and displayed in his office to keep the threat posed by the Russian submarine ever-present.

Both the Yasen- and modified Yasen-class make use of a spherical sonar bow sonar array that takes up the nose portion of their hulls. As a result, the submarine’s torpedo tubes are moved aft, behind the sonar array, and a first for Soviet and Russian submarine design.

In a break from typical Soviet and Russian submarine design, both submarines utilize a single-hull design, a feature that is more common on western submarines.

In addition to the advanced sonar system and particularly silent operation, both the Yasen- and modified Yasen-class are equipped with some of Russia’s most advanced naval weaponry and is loaded with a fast array of missile platforms. This includes a mix of land-attack cruise missiles, anti-submarine weapons, as well as a variety of anti-ship munitions fired via Vertical Launch System cylinders. It is rumored that the class will also be armed with Russia’s Zirkon hypersonic anti-ship missile as well, something the U.S. Navy, at present, lacks.

Commissioning the modified Yasen-class submarine is just one part of the broader naval overhaul Russia is currently in the process of, with several new submarine designs recently hitting the water.

Despite being a mostly Cold War-era force, the Russian Navy is slowly — but surely — undergoing modernization.