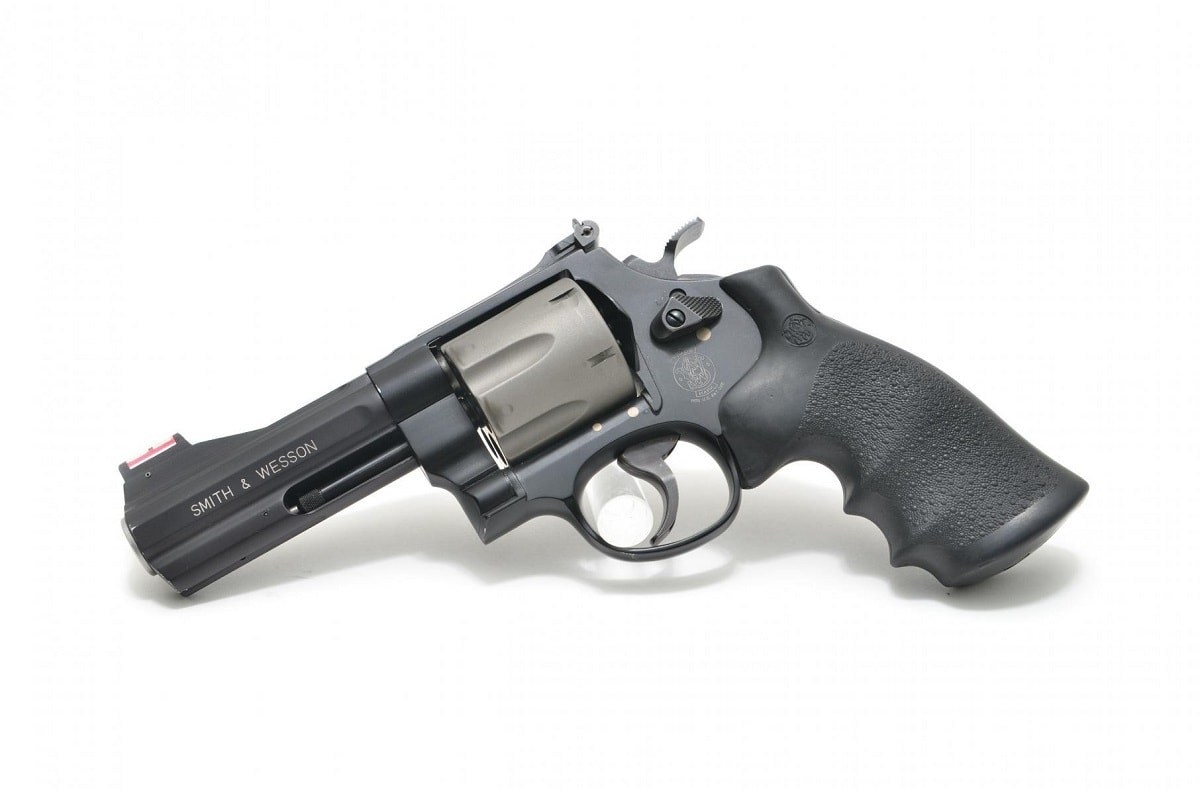 Smith & Wesson is one of the United States’s heavyweight firearm manufacturers — and it quite easy to see why.

The company has been in the gunsmithing business for almost 170 years, which has afforded the Springfield, Massachusetts-based firm plenty of time to offer a wide array of semi-automatic pistols and rifles. And although revolvers are not the newest in firearm design, Smith & Wesson’s are considered some of the best.

One of the company’s particularly potent designs is its Model 329PD.

This Smith & Wesson revolver is built around the company’s N-frame, a large-sized revolver frame that is robust enough to handle some of the largest magnum cartridges — including the mighty .44 Magnum which the Model 329PD is chambered in.

The .44 Magnum enjoys some degree of infamy thanks to Clint Eastwood’s “Dirty Harry” character who claimed it was the most powerful handgun cartridge in the world. Though the .44 Magnum has long since eclipsed by other, more powerful cartridges, it remains an immensely powerful pistol cartridge.

Like most revolvers chambered in .44 Magnum, the Model 329PD can also safely fire and chamber the .44 Special, a cartridge that is slightly shorter than the .44 Magnum but fires a bullet of the same diameter. In either case, the Model 329PD’s cylinder can accommodate six rounds.

Though the Model 329PD shares its frame size with a number of other revolvers that Smith & Wesson offers, this revolver is a cut above the rest and features a number of better-than-stock features. Its frame is made of a lightweight scandium alloy that is significantly lighter than steel without sacrificing strength. Likewise, the Model 329PD’s cylinder is made of a titanium alloy that, like the scandium frame, saves weight without sacrificing strength. As with many of Smith & Wesson’s other firearms, the Model 329PD’s barrel is made of corrosion-resistant stainless steel and is 4.13 inches in length.

In addition to the Model 329PD’s premium components, the revolver ships with two grip types, one wooden and one synthetic.

Smith & Wesson clearly thought through every aspect of the Model 329PD, from the chambering down to the materials used to make the individual revolver components — and is further proof of the company’s eminent gunsmithing expertise.