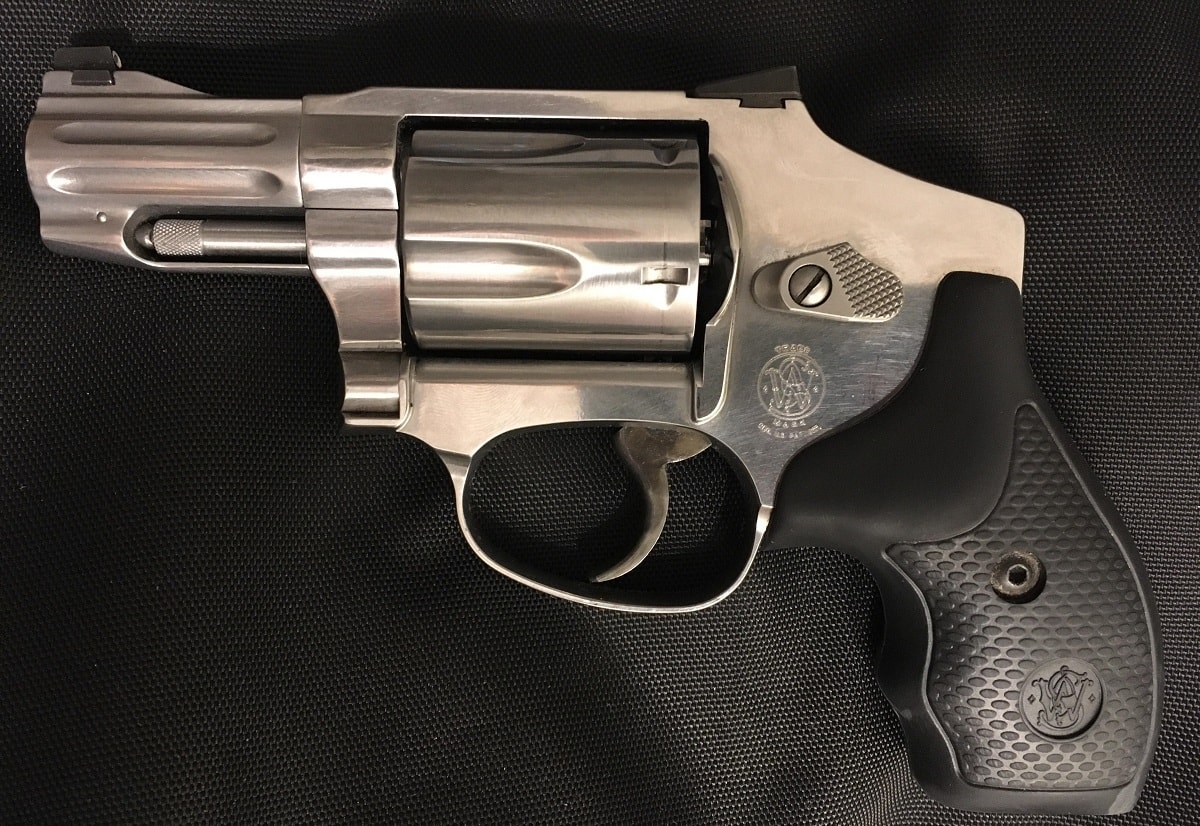 The American firearm company Smith & Wesson is one of the best-known firearm manufacturers not only in the United States but also worldwide. And it’s not hard to see why — the company has nearly 170 years of experience behind it, plenty of time to perfect the firearm.

The company offers quite a few semi-automatic pistols as well as rifles, and though the Smith & Wesson does offer many top of the line firearms that feature the latest in firearms technology, they also manufacture a wide variety of revolvers — and they’re regarded as some of the best that money can buy.

One of Smith & Wesson’s especially noteworthy revolvers is their Model 640.

The Model 640 is built on Smith & Wesson’s J-frame, a frame size that the company generally reserves for small, compact, and concealable revolvers. The Model 640 is indeed a small revolver intended for concealed carry and features a smooth, hammerless design that helps to prevent the revolver from snagging on material such as cloth pocket liners.

Although the Model 640 is a small revolver designed for concealed carry, it is chambered in the stiff .357 Magnum cartridge, and manages to pack a total of five cartridges into its cylinder, providing a high amount of firepower onto a small platform.

The Model 640 offers shooters ammunition flexibility as well: as the revolver is primarily chambered in .357 Magnum, it can also fire .38 Special ammunition, as that cartridge is somewhat shorter than the .357, but fires a bullet of the same diameter. The .38 Special offers shooters a somewhat less powerful cartridge that produces less recoil and generally retails at a lower price point than .357 — ideal for newer shooters, or weekend plinkers who want a more affordable alternative to the .357 Magnum.

Although the Model 640’s barrel is just over two inches long, it is somewhat fluted helping to reduce the revolver’s weight. This particular Model 640 is also entirely made of stainless steel components, a boon for maintenance, and ships with a contoured synthetic grips that afford a firm, tight grip.

The Model 640 is part of Smith & Wesson’s Performance Center collection and as such features a number of accurized components that make the revolver better than stock. “Completing the line between main production and the Performance Center, the Smith & Wesson Pro Series represents the next step from standard models,” the company information reads. “These firearms are offered with a variety of enhancements yet still remain true to “stock.” Bringing competition specifications and features to factory models, the Pro Series offer that ready-to-go package while still maintaining production line integrity.”

Though certainly a high-quality and highly-concealable revolver, the Model 640 is somewhat pricey and retails on the Smith & Wesson website for just under $900.

Caleb Larson is a Defense Writer based in Europe. He holds a Master of Public Policy and covers U.S. and Russian security, European defense issues, and German politics and culture