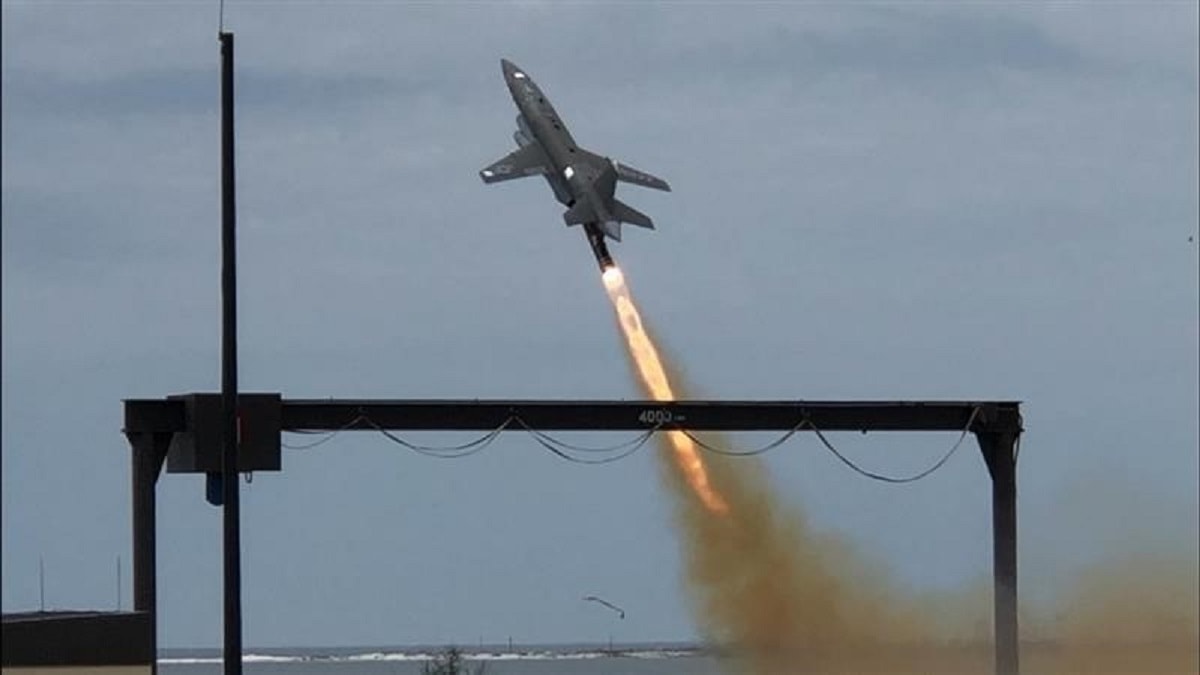 Though the flight did not fire any munitions, it did test a number of the UTAP-22’s flight abilities, including “basic aviation capabilities and responded to navigational commands, while reacting to geo-fences, adhering to aircraft flight envelopes, and demonstrating coordinated maneuvering,” according to an Air Force statement.

The Skyborg program’s ACS is a software package that allows unmanned vehicles to fly and carry out operations without the need of a pilot constantly in the loop — essentially autonomous, and in the future, armed drones.

“We’re extremely excited for the successful flight of an early version of the ’brain‘ of the Skyborg system. It is the first step in a marathon of progressive growth for Skyborg technology,” an Air Force Skyborg program officer stated. “These initial flights kickoff the experimentation campaign that will continue to mature the ACS and build trust in the system.”

In the future, the Air Force would like to equip an array of unmanned aerial vehicles with the Skyborg software package to allow them to fly alongside other manned airplanes. Skyborg-equipped drones would act as expendable force multipliers for pilots, undertaking reconnaissance missions or taking on riskier direct action missions and reducing risk to human pilots.

The Skyborg brain could be installed on a wide variety of unmanned aerial vehicles, though the drone evaluated during this recent test flight was Kratos’ UTAP-22. The company explains that their drone provides an “affordable, fighter-like” capability for collaborative flights with manned pilots even in contested environments. The UTAP-22 flies at high subsonic speeds and uses a novel rocket-assisted launch as well as a parachute-assisted landing to operated independently of runways and a boon for operations on austere battlefields. It also can accept various payloads thanks to a small internal bay as well as external hardpoints for pylon-mounted payload.

Kratos also flies the larger XQ-58A Valkyrie, an unmanned drone with some stealthy features. The drone splashed across headlines recently after it successfully launched other, smaller drones from its internal bomb bay, presumably a first for an unmanned aerial vehicle.

Though the Skyborg program is still in its infancy, many more flights and drone airframes are expected in the future that will “demonstrate direct manned-unmanned teaming between manned aircraft and multiple ACS-controlled unmanned aircraft.” More flights — and more capabilities — are on the Air Forces’ horizon.