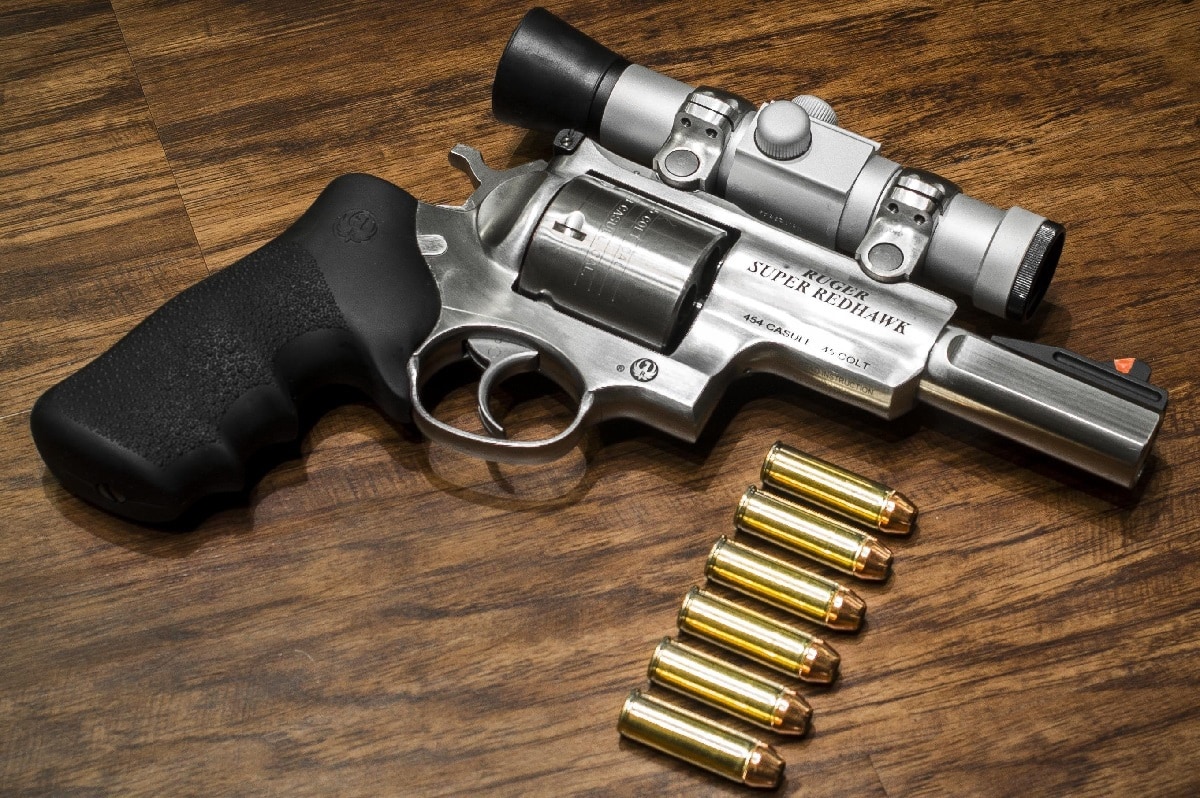 Ruger’s Super Redhawk line of revolvers made its debut in the late 1980s and was a larger, bigger-bore revolver option for the company. The Super Redhawk is a large and robust American-made revolver: its frame is stainless steel and all barrels are cold hammer-forged and are noted for good accuracy at their price point.

Unlike Ruger’s previous Redhawk line of revolvers which feature a number of .357 Magnum options, the Super Redhawk line offers a number of big-bore chamberings, including 10mm Auto, .44 Remington Magnum, .480 Ruger, and the potent .454 Casull.

The Super Redhawk line of revolvers currently listed on Ruger’s website feature several barrel lengths as well, including 5- 7.5- and 9.5-inch lengths, whereas the original Redhawks feature a number of long as well as snub-nosed barrel lengths.

Given the Super Redhawk’s longer barrel lengths and very powerful chamberings, they’re intended for hunting large dangerous game more than anything else, whereas the previous Redhawks are marked by Ruger as a dual-use hunting and personal use weapon.

It Can Fire a Very Unique Bullet

One of the Super Redhawk’s notable features concerns the powerful .454 Casull. When the Super Redhawk made its debut, it was one of, if not the only revolver that offered a 6-round cylinder in that caliber. This obviously gave the Super Redhawk a head up on its competitors and was a success for the company.

In addition to the Super Redhawk, Ruger also offers the smaller, more compact Super Redhawk Alaskan, essentially a snub-nosed Super Redhawk marketed as a hard-hitting bear protection backup revolver rather than as a purpose-built hunting pistol. You can read more about the powerful revolver, as well as an account of a near-fatal bear attack that the Alaskan thwarted here.

When considering the Super Redhawk’s purpose as a hard-hitting hunter’s revolver, there are few parallels or competitors — a testament to Ruger’s commitment to quality and accuracy in firearms.