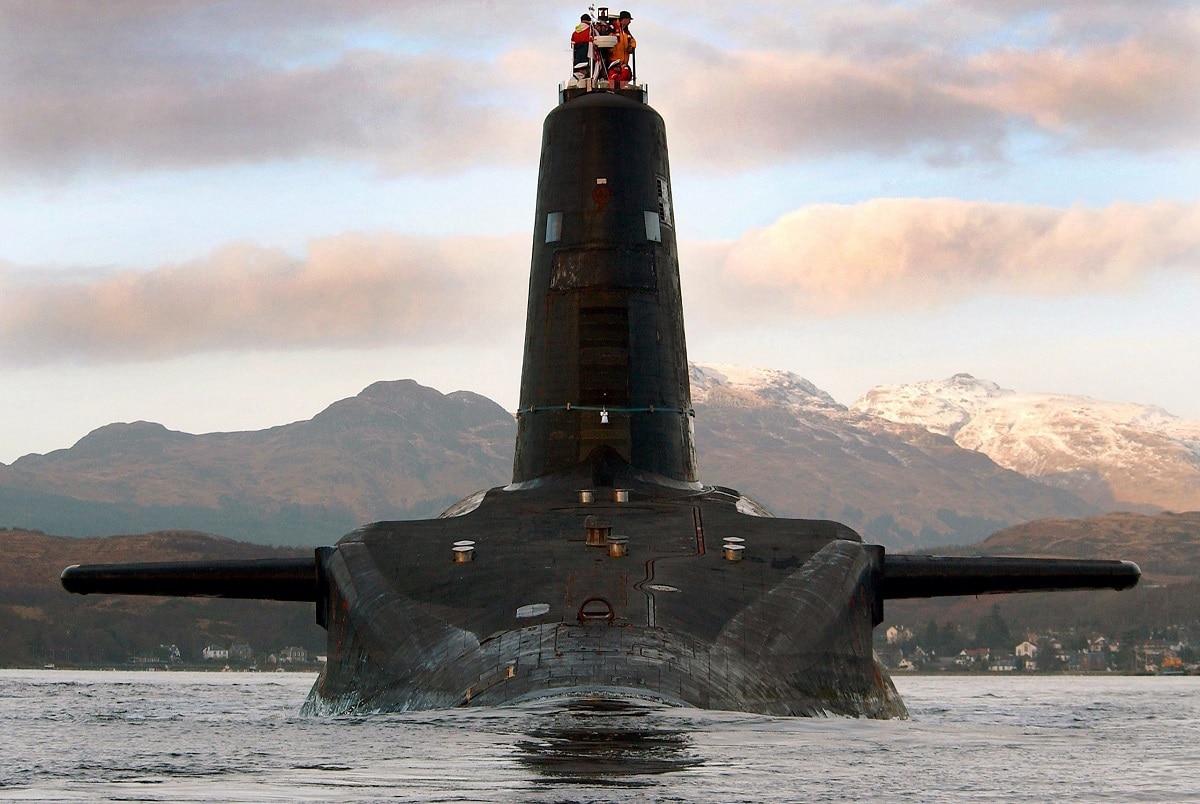 In military terminology, a vanguard is the foremost part of an advancing army or naval force – and it is thus a fitting name for the Royal Navy’s class of nuclear-powered ballistic missile submarines (SSBNs). And the Vanguard-class are clearly one bunch of impressive submarines.

The Vanguard-class was introduced in 1994 as part of the British military’s Trident nuclear program and includes just four boats: Vanguard, Victorious, Vigilant, and Vengeance, which were built between 1986 and 1999 at Barrow-in-Furness, Cumbria by the former Vickers Shipbuilding and Engineering (now BAE Systems Marine).

All four of the submarines are based at HM Naval Base Clyde, west of Glasgow, Scotland. Each is armed with Trident missiles and all four are critical in maintaining the UK’s nuclear deterrence force. The Vanguard-class boats were originally intended for a service life of twenty-five years, and the new Dreadnaught-class of ballistic missile submarines is set to enter service beginning in 2024.

At nearly 150 meters in length and more than 16,000 metric tons, the Vanguard-class is the largest submarine type ever constructed in the UK, and it has remained the third-largest type of combat vessel in service with Royal Navy. The submarines have twice the displacement of the Polaris submarines of the Resolution-class. Due to the size of the boats, a special production facility had to be built to handle the construction for the Vanguard and her sister submarines.

The increased size of the subs was necessary to accommodate the Trident D5 missile, yet the complement of the class is small at just 132 officers and sailors, compared to the Polaris boats, which required a crew of 149. The 16-tube missile compartment on the new Trident submarines is based on the 25-tube system utilized on the United States Navy’s Ohio-class Trident submarines. The Vanguard-class featured other improvements including a new design of the nuclear propulsion system as well as a new tactical weapon system or self-defense purposes, both before and after a missile launch. The Trident nuclear missile can be fired at targets up to 4,000 miles away and at its maximum speed travels at more than 13,000 miles an hour. The Royal Navy’s subs on patrol carry up to forty nuclear warheads and up to eight operational missiles.

Each submarine is powered by a Rolls-Royce PWR2 nuclear reactor, with two GEC turbines; and has a single shaft and a single pump-jet propulsor and two WH Allen turbo generators.

One of the four boats, Vigilant has been crewed by sailors that don’t live up to the name. At least thirty-five crew tested positive last autumn for the coronavirus including the submarine’s doctor and worryingly the executive officer (XO)—who is one of the only two people with codes to actually fire the nuclear weapons that are onboard.

A prior scandal earned the boat the nickname “HMS Sex and Cocaine” in the British press after it was reported the then captain along with another male officer had sex with female officers onboard.