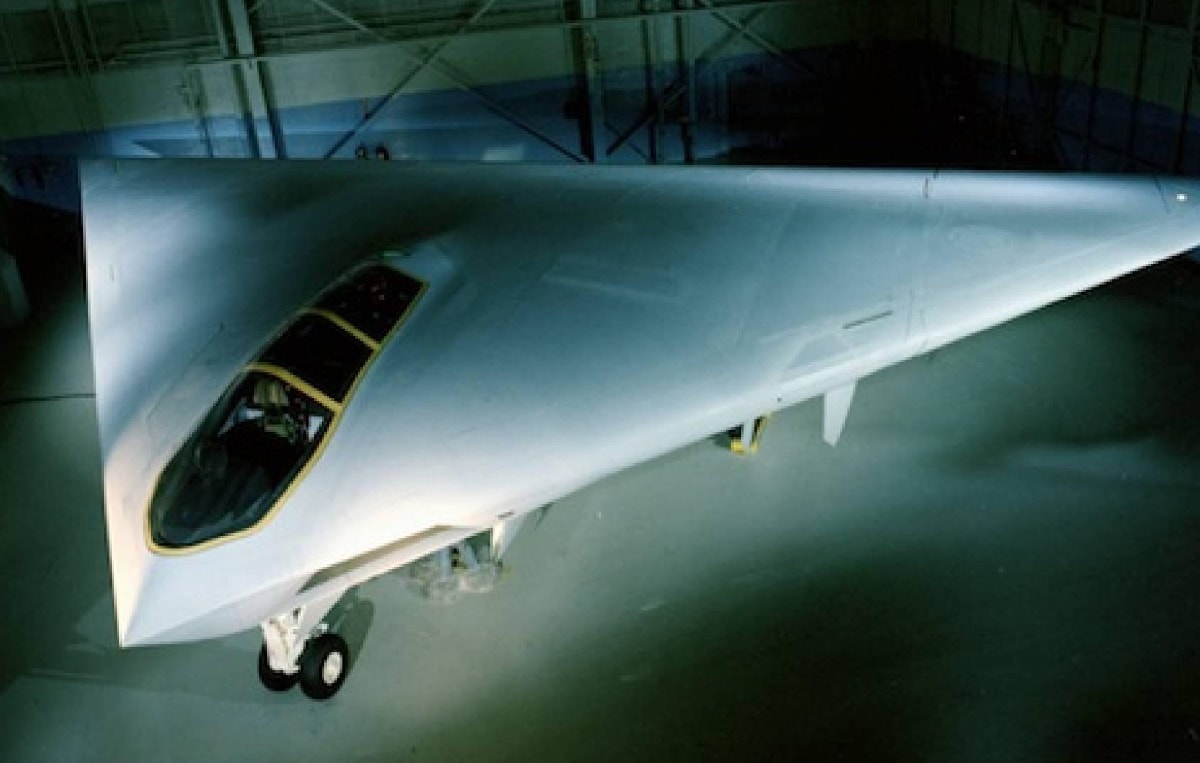 Needing a replacement for the aging A-6 Intruder platform, the U.S. Navy thought big, and hoped that a dedicated bomber armed with precision munitions would be able to serve in an attack role. Not only that, but the Navy also wanted something that would be more survivable against enemy air defenses—something stealthy. Meet the so-called Flying Dorito.

Named after the Grumman Avenger of World War II renown, the A-12 Avenger II looked nothing like the 3-bladed, propeller-driven torpedo bomber. The A-12 used a flying wing design, similar to today’s B-2 stealth bomber, or presumably like the B-2’s successor, the B-21 Raider. Unlike those two bombers however, the A-12 was shaped, well, like a triangular Doritos tortilla chip.

The twin-engine A-12 design would have placed the two-man crew in the nose of the airframe, just above and between the engine’s air intakes. For a bomber—a stealth bomber no less—the design was quite compact. In order to facilitate storage on an aircraft carrier, the A-12’s wings would have folded upwards in the middle in order to make the airframe more compact. When folded, the A-12 wouldn’t have been much wider than the A-6 intruder it was to replace and would actually have been shorter. In order to maintain the A-12’s stealth profile, weapons would have been carried internally, similarly to today’s stealth platforms.

Not only did the Navy want to order hundreds of A-12 Avengers, the Marine Corps also wanted several hundred of the bombers, and the Air Force to is said to have considered acquiring some of the stealth bombers.

Several factors led to the A-12 Avenger’s demise. Like a number of late-Cold War era projects, the need for a stealthy, carrier-based bomber disintegrated along with the breakup of the Soviet Union. But, like other famously expensive stealth projects, cost overruns were also a huge issue, and the technical challenges for building a new stealthy bomber were immense.

The A-12’s weight increased by about a third—a huge issue for a plane that was designed to handle the increased stresses of taking off and landing from aircraft carriers. Costs ballooned as well. Ultimately the A-12 Intruder program was cancelled by then Secretary of Defense Dick Cheney, who cited cost overruns and an unclear production timeline as reasons for termination.

After the A-12 program cancellation, the F/A-18E/F Super Hornet took over the Avenger’s role, although the Super Hornet is not a stealth platform. Though no “Flying Dorito” the F-35C serves today as the carrier-based variant of the F-35 Lightning II platform, and as the Navy’s sole carrier-capable stealth aircraft—better later than never.