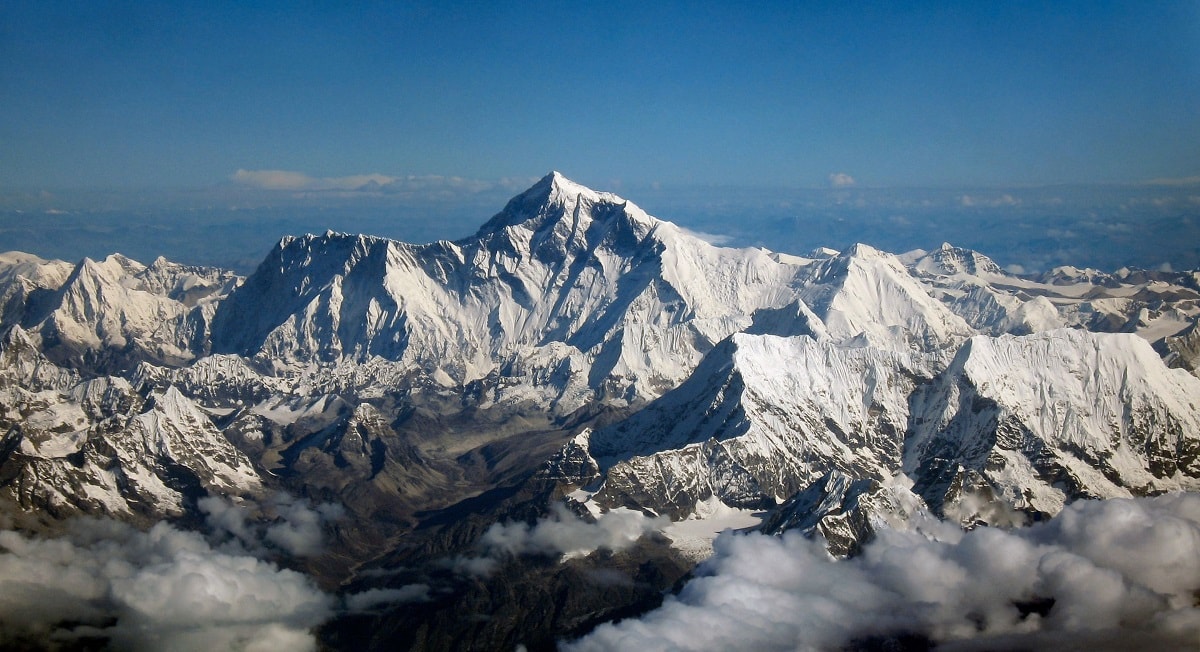 On May 6, 1970, Japanese alpinist and professional skier Yuichiro Miura attempted what many thought was too dangerous at the time—ski down Mount Everest.

Equipped with a parachute on his back, a practice known as speed-riding that helps decelerate his descent, Miura’s daredevil effort was documented in the film “The Man Who Skied Down Everest,” which garnered the Academy Award for Best Documentary in 1975.

The starting point was Mount Everest’s South Col, at an altitude of more than 26,000 feet, and in just two minutes and twenty seconds, Miura, then aged thirty-seven, completed the entire descent that was roughly 4,200 vertical feet.

Unsurprisingly, those 140 seconds seemed like an eternity to Miura, giving him plenty of time to contemplate where his soul might end up.

“I was 99% sure I would not survive,” he was quoted as saying in Smithsonian Magazine in 2010.

“Death was not a particular feeling, but rather I was thinking (about) what I would be after 3,000, 30,000 or 3 million years in the future—my reincarnation.”

During the descent, Miura eventually could no longer stay upright. “The strong turbulence, the direction of wind and its strength were constantly changing, so it was very hard to keep the balance,” he said.

The parachute became worthless, and Miura continued to slide helplessly down the mountain. His skis released, but the safety straps kept them from flying away. Then he sailed over a large rock that launched him more than thirty feet into the air.

Miraculously, he hit a small snow patch and slowly came to a stop—just 250 feet from a giant crevasse.

“Am I alive or dead? Which world (am I) in?” Miura recalled thinking.

“After about a minute, I realized that I am alive. I felt that I returned to this world in the form of human—as Yuichiro Miura. Like the soul returning to the body.”

In 1970, Miura was already nearing legendary status. He is the son of Keizo Miura, who pioneered skiing on Japan’s Hakkoda Mountains, and in 1964, he set a world speed-skiing record of nearly 107 miles per hour.

“It was a wonderful feeling that I was able to set the record,” Miura said. “But I knew the record was meant to be broken.”

Even in his advanced years, Miura still hasn’t slowed down. In 2003, he became the oldest person at the time to reach Everest’s summit—at the tender age of 70 years and 223 days. Then he stood on the summit twice more at ages 75 and 80.

Now 87, Miura is training and working through health issues for another attempt to scale Everest at age 90.

Ethen Kim Lieser is a Minneapolis-based Science and Tech Editor who has held posts at Google, The Korea Herald, Lincoln Journal Star, AsianWeek and Arirang TV. Follow or contact him on LinkedIn.