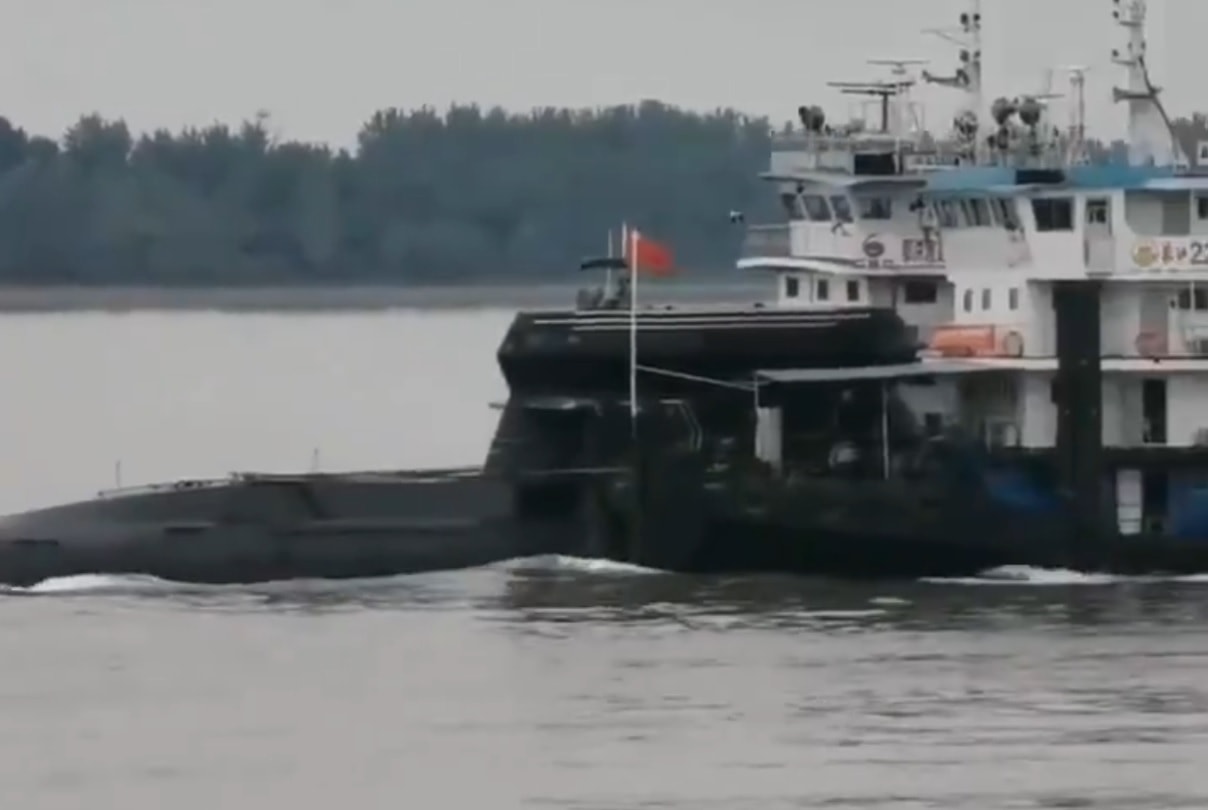 Recent photos and videos have surfaced on social media, giving a peek into what is likely the People’s Liberation Army’s newest submarine, tentatively dubbed the Type-039C or Yuan-class.

In a short, 15-second video, the new submarine can be seen slowly transiting what appears to be a river with the help of a pair of tugboats.

The Type 039 is the most advanced of the People’s Liberation Army Navy’s non-nuclear submarine fleet, the backbone of Beijing’s conventionally powered submarine force. Like all virtually all conventionally-powered submarines, the Type 039 class is propelled through the water by a diesel-electric system. It is possible, however, that the class also incorporates an air-independent propulsion system that does not rely on atmospheric oxygen to generate power.

Although specific details about this new Type 093C’s propulsion system remain unknown, some naval experts have speculated that the submarine is equipped with an advanced Air-Independent Power system. The AIP design, likely a proprietary Chinese make, allows specialized closed-circuit Sterling engines that run on liquid oxygen and diesel, to generate electricity for electric motors when submerged, significantly extending the amount of time that the submarine would be able to remain underwater, and therefore reducing its detectability.

One of the most noticeable of the sub’s features is its sail, which appears to have a large bulge or chine on top, potentially for some kind of sonar array or communications system. The sub also appears to have a retractable towed sonar array in its rudder which, if confirmed, would significantly expand the sub’s sonar coverage area.

In addition, the tentatively names Type 093C appears to be around the same length as the preceding Type 093s, indicating that a vertical launching system for anti-ship or cruise missiles has not been integrated into the sub’s hull, though it would very likely retain the ability to launch such missiles horizontally via torpedo tubes.

It should be noted that China’s Type 093 has been somewhat successfully exported to other countries on China’s periphery. Both the Royal Thai Navy as well as the Pakistani Navy operate variants of China’s Type 093, so this newest model may in fact be designed for the export market rather than for the People’s Liberation Army Navy. In either case, the new submarine would be an upgrade compared to previous Chinese submarines.

Although it can be difficult to ascertain aspects of the new with one hundred percent certainty from a short video alone, the new Type 093 could prove to be one of China’s most advanced non-nuclear submarines.