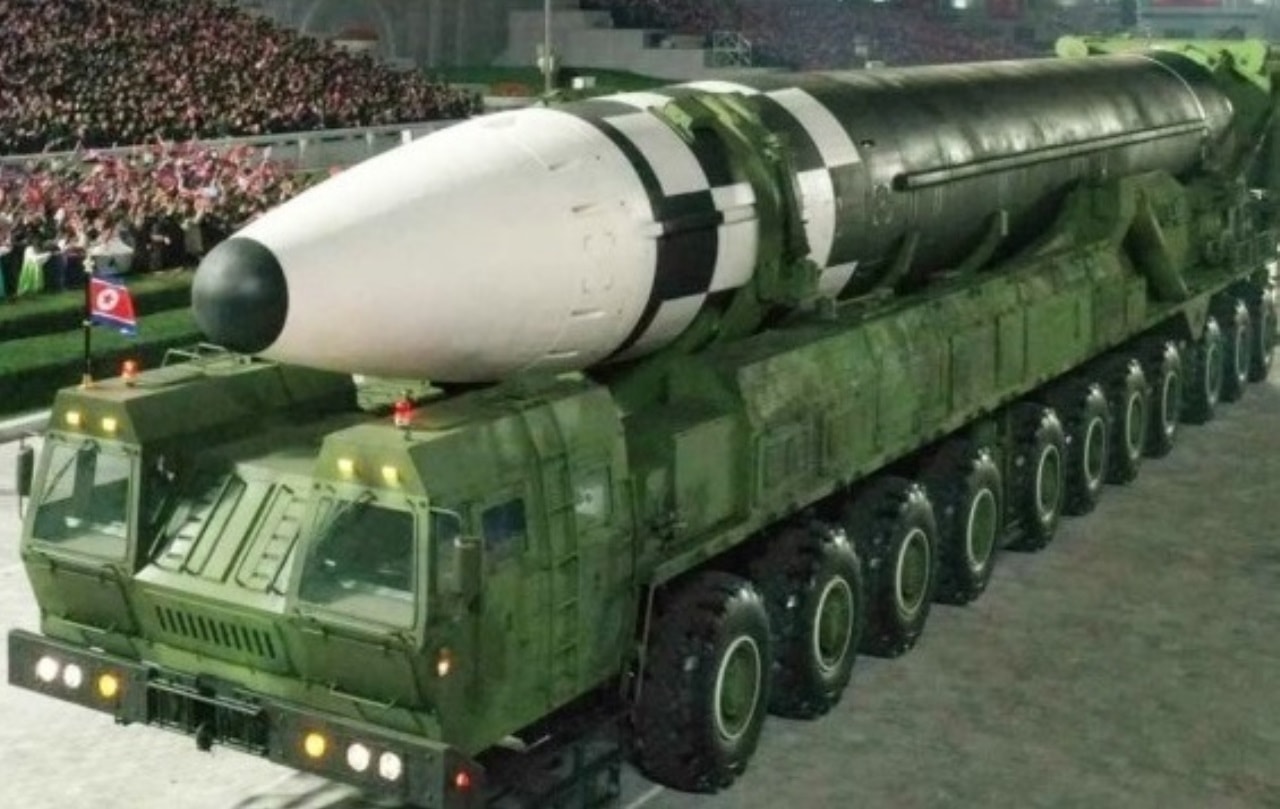 North Korea may now have as many as eight ICBMs in its arsenal, which itself is comprised of three different ICBM models that all appear capable of striking the U.S. mainland. North Korea’s two tested ICBM variants – the Hwasong-14 and Hwasong-15 – are believed to possess maximum ranges of roughly 10,000 km and 13,000 km, respectively. The Hwasong-16, North Korea’s most recent addition to its ICBM inventory, has not yet been tested but is believed to also possess a range that would allow it to strike anywhere in the continental United States. North Korea has also likely developed miniaturized nuclear weapons that can fit into the warheads of its ICBMs.

North Korea has not yet clearly demonstrated a reliable reentry vehicle that can ensure that its missile’s payloads will be delivered to targets on the U.S. mainland successfully, but the intelligence community has assessed that North Korea’s lack of a clear demonstration of such a capability is likely the result of the DPRK’s chosen method of testing its long-range missiles. According to this assessment, North Korea does likely possess sufficient reentry vehicles that will allow it to credibly threaten the continental United States if its ICBMs are launched on a normal flight trajectory.

The development of North Korea’s ICBM capabilities has not gone unnoticed, with General Mark Milley, chairman of the Joint Chiefs of Staff, recently commenting that North Korea poses a “real danger” to the U.S. homeland. Secretary of Defense Lloyd Austin has also acknowledged the growing challenge posed by North Korea’s continued development of its long-range missiles, arguing that the DPRK has demonstrated “ambitions to be able to strike the U.S. homeland”.

The U.S. homeland is currently protected from long-range ballistic missile threats by the Ground-based Midcourse Defense (GMD) system. GMD is built around a variety of different sensors deployed on land, at sea, and in space, which detect ballistic missile launches and relay that information to GMD’s fire control system. That system is then used to launch Ground-based interceptors (GBI) that fly into the path of the oncoming missile, before releasing an Exoatmospheric Kill Vehicle (EKV) that uses onboard sensors to locate and collide with the missile’s warhead.

North Korea is likely to continue to look for ways to overcome U.S. missile defenses. In the event of a major war, some analysts have speculated that North Korea may employ a tactic referred to as “haystacking,” in which a small number of nuclear-armed ballistic missiles are launched alongside a large number of conventionally armed missiles, overwhelming missile defenses and increasing the chances that some of the nuclear-armed missiles will breakthrough. This tactic is likely best suited for use with North Korea’s much larger arsenal of shorter-ranged ballistic missiles, but it could look to employ a more limited version of the tactic with its long-range missiles as its inventory continues to grow.

More likely, North Korea will look to increase the ability of its ICBMs to penetrate U.S. missile defenses. While North Korea has likely not yet developed multiple reentry vehicle technology, its larger missiles such as the Hwasong-16 are large enough that they could incorporate such technology in the future should it become available to the DPRK. In addition, North Korean ICBMs such as the Hwasong-15 and Hwasong-16 are likely large enough to utilize penetration aides such as radar jamming technology or decoys that will make detection and interception more difficult.

The United States is taking steps to improve shortcomings in its missile defense capability. The Pentagon is currently in the early stages of a Next-Generation Interceptor program that will replace the current GBIs, while the Navy has also explored the possibility of using the Aegis ballistic missile defense system deployed on its surface combatants as an added layer of protection for the U.S. homeland; during a test of the system in 2020, an Aegis-equipped destroyer successfully intercepted a target ICBM, the first time that a ship launched interceptor had been used for such a purpose. Ballistic missile defense is likely to remain an area of significant investment and attention for the Pentagon in the years ahead as it attempts to fortify the country against the growing threat posed by adversarial ballistic missiles, including North Korea’s growing ICBM capabilities.