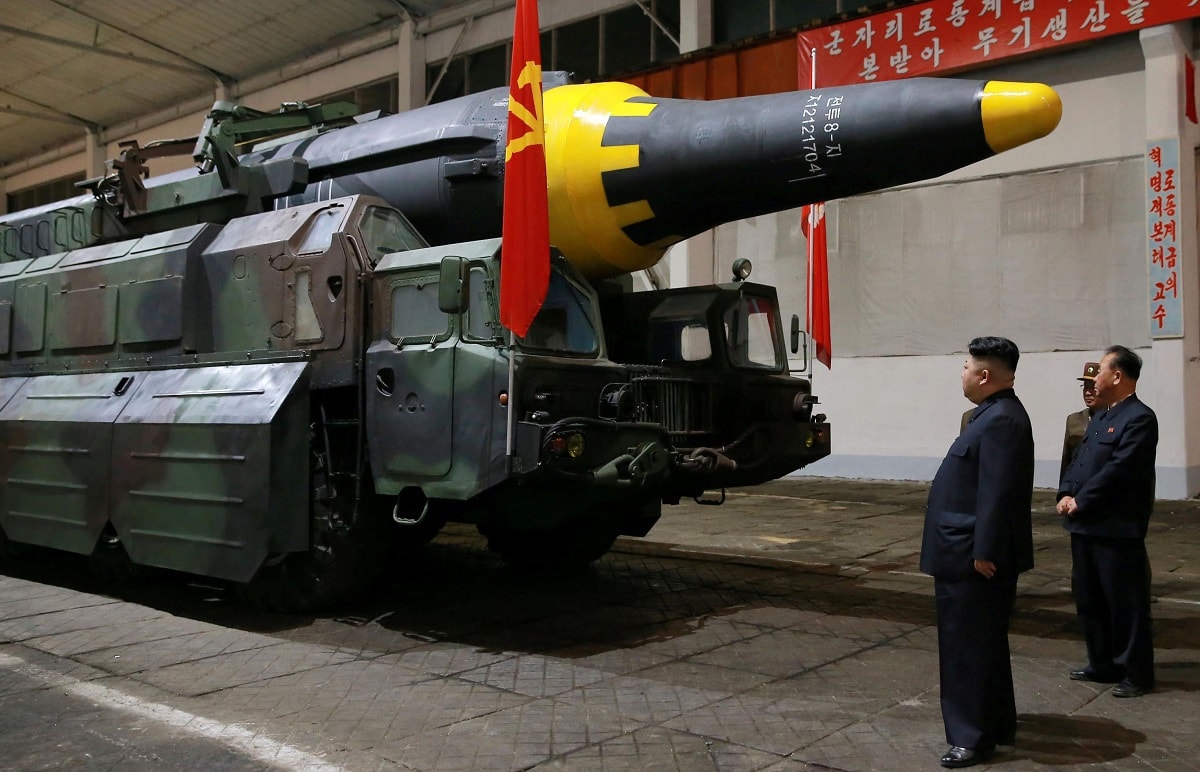 Can a Warhead Make It Through the Atmosphere?

Recent years have also seen North Korea demonstrate breakthroughs in its development of intercontinental ballistic missiles (ICBMs) that appear to leave these long-range missiles capable of striking the U.S. homeland – at least as far as range is concerned. Less clear is whether or not these missiles can be outfitted with the necessary reentry technology that will allow them to reliably deliver their payloads to the continental United States, a capability that North Korea has not yet clearly demonstrated. This does not, however, mean that North Korea does not possess the capability to do so, and its lack of a clear demonstration of reentry technology could well be the result of how North Korea has chosen to test its long-range missiles.

North Korea may have as many as eight ICBMs in its arsenal, with the country having revealed three different ICBM models that appear to possess the necessary range to target the U.S. mainland. North Korea has to date tested ICBMs on three separate occasions, testing its Hwasong-14 model on two separate occasions in 2017 and its Hwasong-15 variant once that same year, while the newest addition to the DPRK’s inventory – the Hwasong-16 – has yet to be tested. Analysts have assessed that North Korea’s two tested ICBM models likely possess maximum ranges of roughly 10,000 km and 13,000 km, respectively, while the Hwasong-16 – which is considerably larger than both of its predecessors – is also believed to be capable of reaching the United States, despite its lack of testing.

North Korea’s testing of its ICBMs has shown that the DPRK’s long-range missiles are likely able to reach the continental United States, while North Korea is also believed to be capable of fitting a nuclear warhead onto an ICBM. The combination of these two capabilities has fueled increasing concern about the threat posed by North Korean ICBMs, with General Mark Milley, chairman of the Joint Chiefs of Staff, commenting that North Korea now poses a “real danger” to the U.S. mainland and Secretary of Defense Lloyd Austin arguing that the DPRK has “ambitions to be able to strike the U.S. homeland”.

While North Korea’s ICBMs appear to possess both the range and destructive power to make them a significant national security concern, North Korea has not demonstrated as clearly that it can equip its ICBMs with the necessary reentry technology needed to ensure its missiles can reliably deliver their payload to the United States. A ballistic missile’s reentry vehicle contains the missile’s payload, and must be capable of withstanding both the heat and high speeds generated by the missile’s decent through the Earth’s atmosphere as it approaches its target. These hazards are particularly acute for an ICBM, which flies higher and achieves greater speeds during its descent than shorter-ranged ballistic missiles.

During tests of both the Hwasong-14 and the Hwasong-15, the reentry vehicles fitted to both missiles do not appear to have survived re-entry into the atmosphere. The two tests did, however, reveal continued development of reentry vehicle technology by North Korea, with the Hwasong-15 shown carrying a blunter reentry vehicle. Such a reentry vehicle can reduce the accuracy of the missile – an important but not critical characteristic of a strategic nuclear weapon – while also helping to slow the missile’s descent, thereby reducing the stress placed on it and better enabling it to survive reentry.

Despite the reentry vehicles fitted to both the Hwasong-14 and the Hwasong-15 failing to survive reentry, the U.S intelligence community has assessed that North Korea does likely possess the capability to equip its long-range missiles with reentry vehicles that will allow them to credibly threaten the U.S. mainland. This assessment is based on North Korea’s chosen method for flight testing its ICBMs.

All three of North Korea’s ICBM tests so far have been conducted utilizing a lofted trajectory, during which the missiles are fired more or less straight upwards. This allows for a demonstration of the missile’s maximum range based on its apogee, while avoiding the added political fallout of overflying a foreign country with a ballistic missile. Such tests produce greater stress on the missile than a flight using a normal flight trajectory, and as such the results of a lofted trajectory test with regards to a missile’s reentry vehicle can be misleading. The intelligence community’s assessment is therefore based on the belief that North Korea’s reentry technology is sufficient for use on an ICBM launched on a normal flight trajectory.

If North Korea’s reentry technology is in fact not sufficient to allow its ICBMs to strike the U.S. mainland, it will likely be able to find relatively straightforward workarounds. The massive size of the Hwasong-16, for example, could allow the missile to be equipped with a particularly large reentry vehicle that is outfitted with extra heath shielding.

With North Korea likely in possession of credible reentry vehicle technology, it is imperative that the United States work to prevent the DPRK from testing multiple reentry vehicles, which could substantially increase the ability of North Korean missiles to defeat U.S. missile defenses.