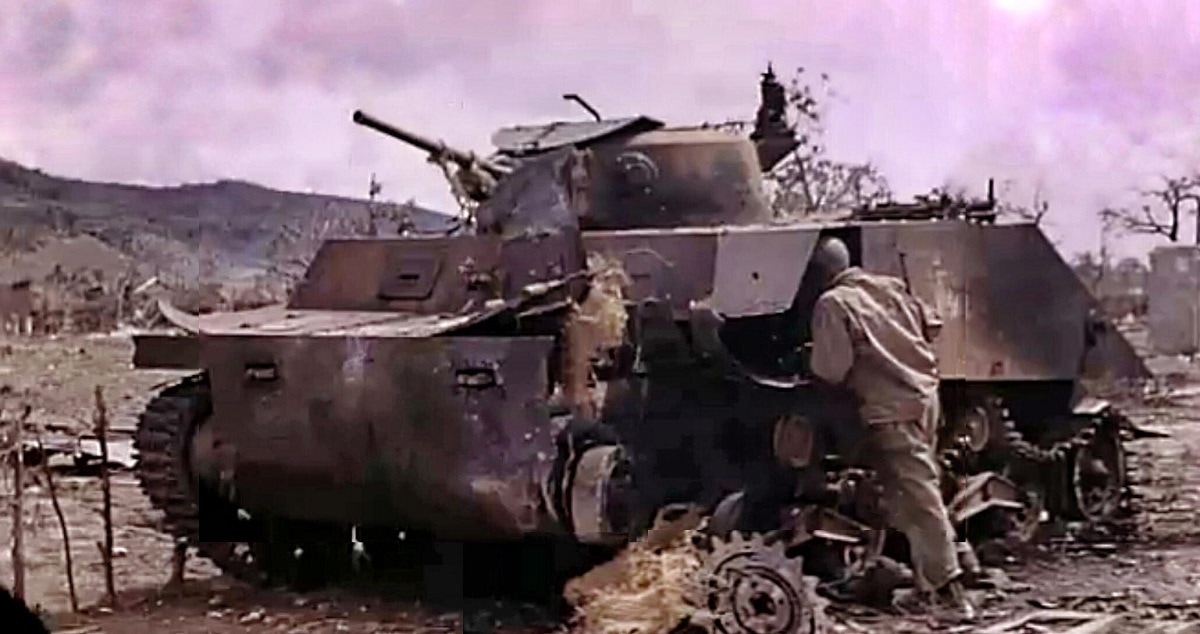 In the years leading up to and during World War Two, Japan produced several different kinds of amphibious tanks, a common-sense solution for an island country that would rely to a great extent on amphibious assaults in order to conquer territories in their near abroad. In addition to tanks, several amphibious transports also entered Japanese service — one of Japan’s tanks was particularly interesting, however: the Type 2 Ka-Mi.

The Type 2 was in essence a modified Type 95 Ha-Go light tank, one of Imperial Japan’s light armored workhorses. Using the Type 95 as a starting point, the design was extensively modified. Rather than relying on the Type 95’s cheap and expedient riveted armor, the Type 2 opted instead for an all-welded hull design, complimented by rubber gasket seals to prevent water ingress. Like the non-amphibious Type 95, however, the Type 2 retained the tank’s 37mm high-velocity main gun as well as dual Type 97 heavy tank machine guns.

Though the Type 2’s armor protection level was similar to that of the Type 95, the overall shape of the Type 2 was substantially different in order to accommodate its most important feature: front and rear floatation devices that allowed the relatively light-weight tank to swim.

At the Type 2’s front, a hollow steel pontoon-type float could be attached via clips to the hull glacis. In order to better facilitate swimming through the water, the front float was shaped much like the prow of a boat. At the rear, a simpler block-type pontoon float could also be attached and featured dual propellers, powered by the tank’s engine.

Both the front and rear pontoons were compartmentalized into several sections to prevent the entire float from filling with water if punctured during combat swims. Steering was accomplished via a pair of rudders, controlled by the tank’s commander with the help of a simple wire system. The Type 2s reportedly swam at a decent 10/kph clip, a very respectable rate for the era.

Today, only a few Type 2 Ka-Mi vehicles still survive. One example is reportedly on display at the Kublinka Tank Museum in Russia. Two others, of varying completeness, are also said to exist on Palau, a western Pacific island country that the United States freed from Imperial Japanese occupation during the Second World War.

Though the Type 2 Ka-Mi amphibious tank was never made in large enough numbers to turn the tide of the war in favor of Japan, it nonetheless serves as an interesting example of early amphibious armored firepower.