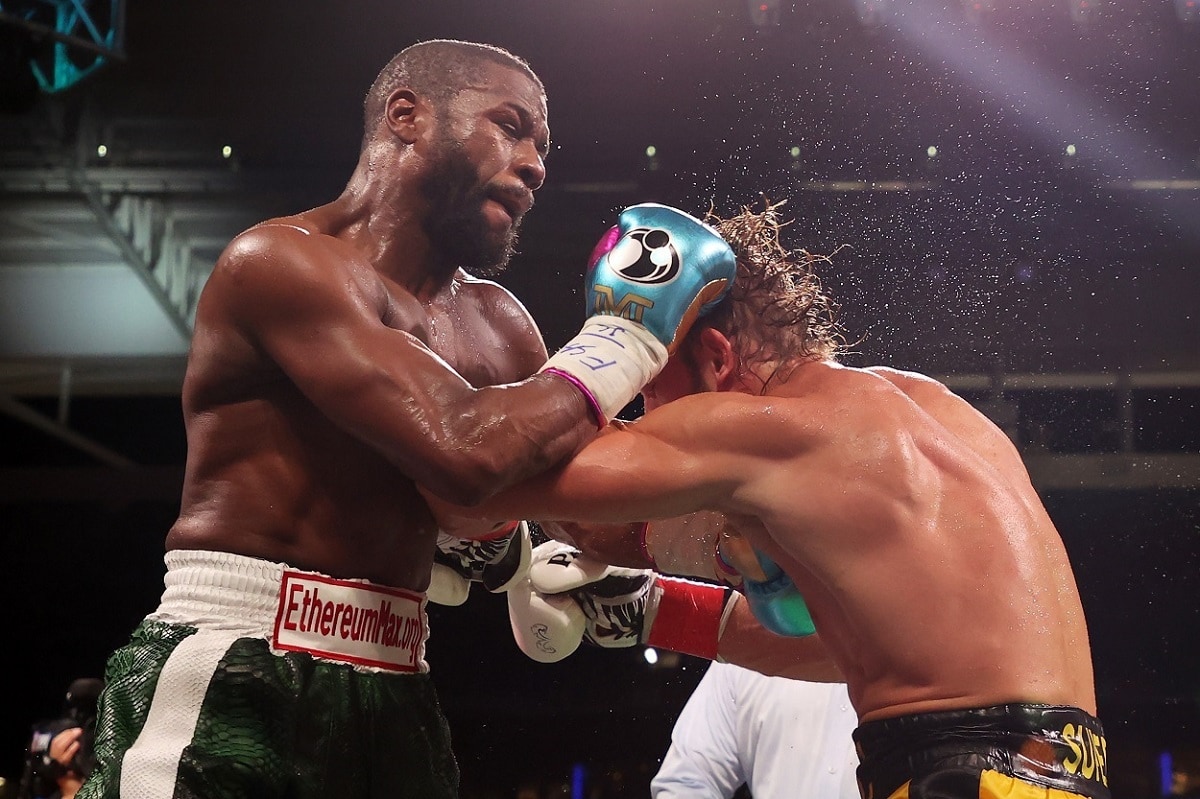 The boxing world has discovered in recent years that there’s major money in exhibition matches, mostly featuring boxes that are retired from “real” boxing.

The most recent such fight was between Floyd Mayweather and social media star Logan Paul. The fight, which went the distance and had no declared winner, appears to have been a success on pay-per-view.

Mayweather’s company promoted the early June fight, in addition to his participation in it as  a fighter. One report estimated afterwards that Mayweather personally cleared $65 million from the fight.

Now, Mayweather says he made even more than that from fighting Paul.

According to Yahoo News, Mayweather was caught on video recently stating that “I’m the only person that can do a fake fight and get 100M…. Am I the best bank robber? I don’t know no one in sports, that’s my age, that can stick ‘em up like that.”

It’s unclear exactly how Mayweather arrived at the $100 million figure. Mayweather was reportedly paid $10 million to fight Paul, while also collecting 50 percent of the pay-per-view revenue, which one report estimate at about $25 million. Mayweather also claimed at one point that he “already made $30 million in the buildup,” although it’s not clear what that means or where that figure came from.

The result led to speculation that the fight wasn’t on the level. But Paul has called on “conspiracy theorists” to back off of such assertions.

“I’m seeing this narrative going around that there’s one part in the fight when Floyd punched me and I kind of leaned on him a little bit and it looks like I kind of went limp,” Paul said on Instagram this month, per USA Today. “And people are trying to spin it and say that he knocked me out and caught me and kept me up to keep the fight going to the eighth round, stop trying to discredit what happened last night.”

“There’s a couple of photos, I didn’t know my face could make that shape. But never rocked, never blacked out, never obviously got knocked out. He didn’t hold me up. He tried to take me out and he couldn’t. It was great.”

Mayweather, around the time of the fight, suffered a burglary at his Las Vegas-area home.

”One’s home is there a sanctuary, place of peace, relaxation, and comfort. When someone violates that sanctuary, it is disturbing and hurtful,” Mayweather wrote on Instagram earlier this month. “One of my homes was burglarized in Las Vegas. They stole many valuable handbags and other belongings of substantial value. I am offering at least $100,000 reward for information that leads to the return of my belongings.”