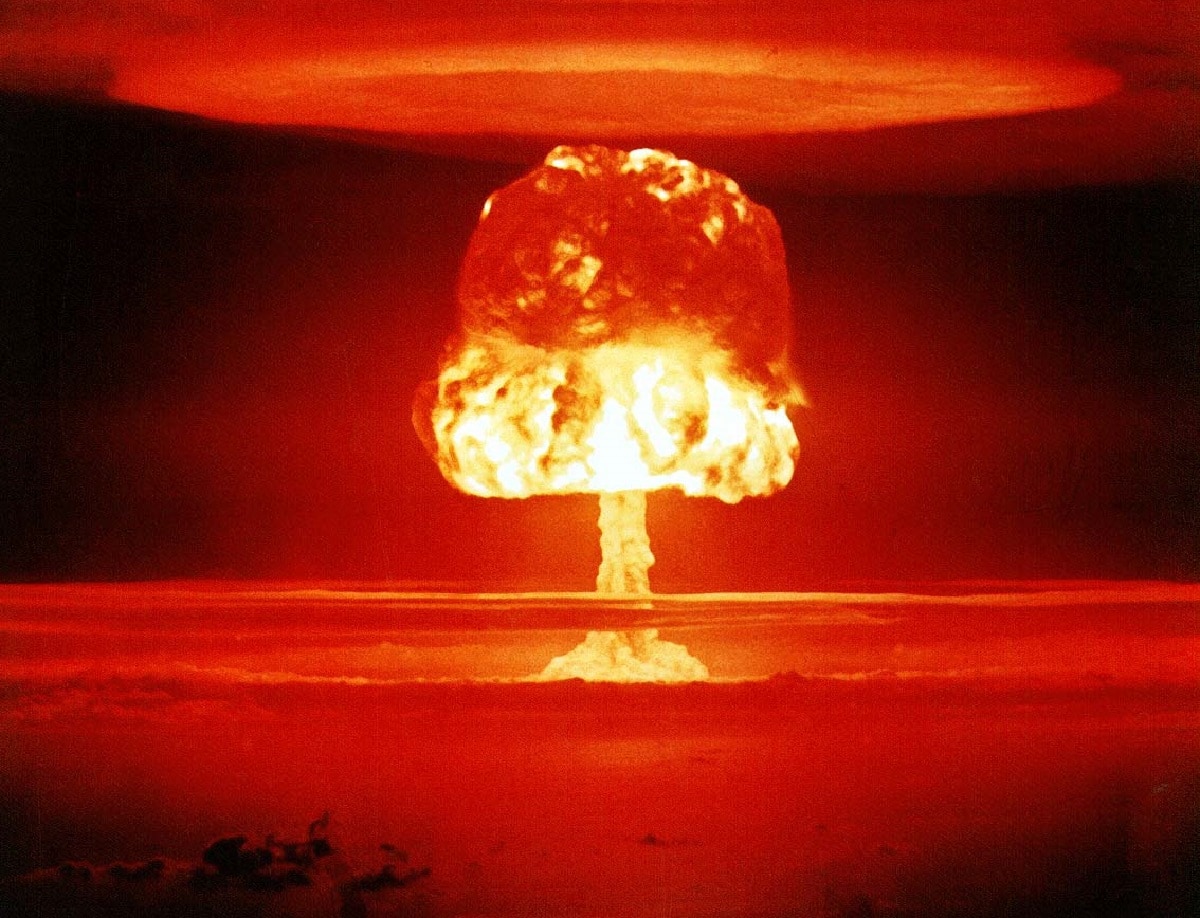 Castle Romeo nuclear test (yield 11 Mt) on Bikini Atoll. It was the first nuclear test conducted on a barge. The barge was located in the Castle Bravo crater.

During the Cold War, France had Germany zeroed in with tactical nuclear missiles—in case of a Soviet invasion.

Ever independent, France left the NATO alliance in 1966 and pursued an independent nuclear strategy. Even after rejoining NATO in 2009, France refused to commit its nuclear arsenal to Alliance collective defense, despite sharing global strategic objectives, like countering a newly-assertive Russia.

France’s land-based nuclear deterrent began in 1971, when nuclear missile silos were built in Vaucluse in France’s south east. These silos were intended to secure France from a Soviet invasion coming from East Germany, through West Germany, and up to the French border. At the time, French strategic thinking believed that a Soviet invasion force would not likely be stopped by conventional weapons. These silo-based missiles had sufficient range to hit targets in Russia—and probably just enough range to hit Moscow.

In tandem with France’s silo-based missiles, road-mobile launchers were also built—the French Pluton tactical missile system—that could be moved in case of a crisis and were not as vulnerable to an attack fixed silos.

The Pluton system was essentially a single-stage solid fuel rocket that was mated to a French AMX 30 main battle tank chassis. The tank attributes made the Pluton system very mobile, even over austere battlefield conditions.

Though highly mobile, the Pluton system had only a limited range, only 120 kilometers, or about 75 miles. This limited the Pluton’s list of possible targets to ones within France itself, or West Germany. In order to increase their nuclear range, France developed the follow-on Hadès missile system in the mid-1980s.

In contrast to the Pluton system, the Hadès was not mated to a tank chassis, but rather on a purpose-built transporter-erector vehicle, which had greater range and was faster on-road. The Hadès’ maximum range was 480 kilometers, or about 300 miles. If positioned in France’s east, the Hadès would have been able to hit targets in East Germany, which France was quite open about. There, a Soviet invasive force would have met stiff nuclear resistance.

The Hadès system entered French service in 1992, at which point it was nearly impossible to maintain due to the post-Cold War political situation. With the Soviet military threat no longer an issue, both the Pluton and Hadès had outlived their purpose—and aiming nukes at East Germany couldn’t be justified anymore.

The Hadès had been kept in storage since 1991. In 1996 the French government announced that it would dismantle both the Hadès and Pluton tactical missile systems, as well as their Vaucluse-based missile silos. In 1997, the France’s strategic nuclear triad reverted to a strategic nuclear dyad.