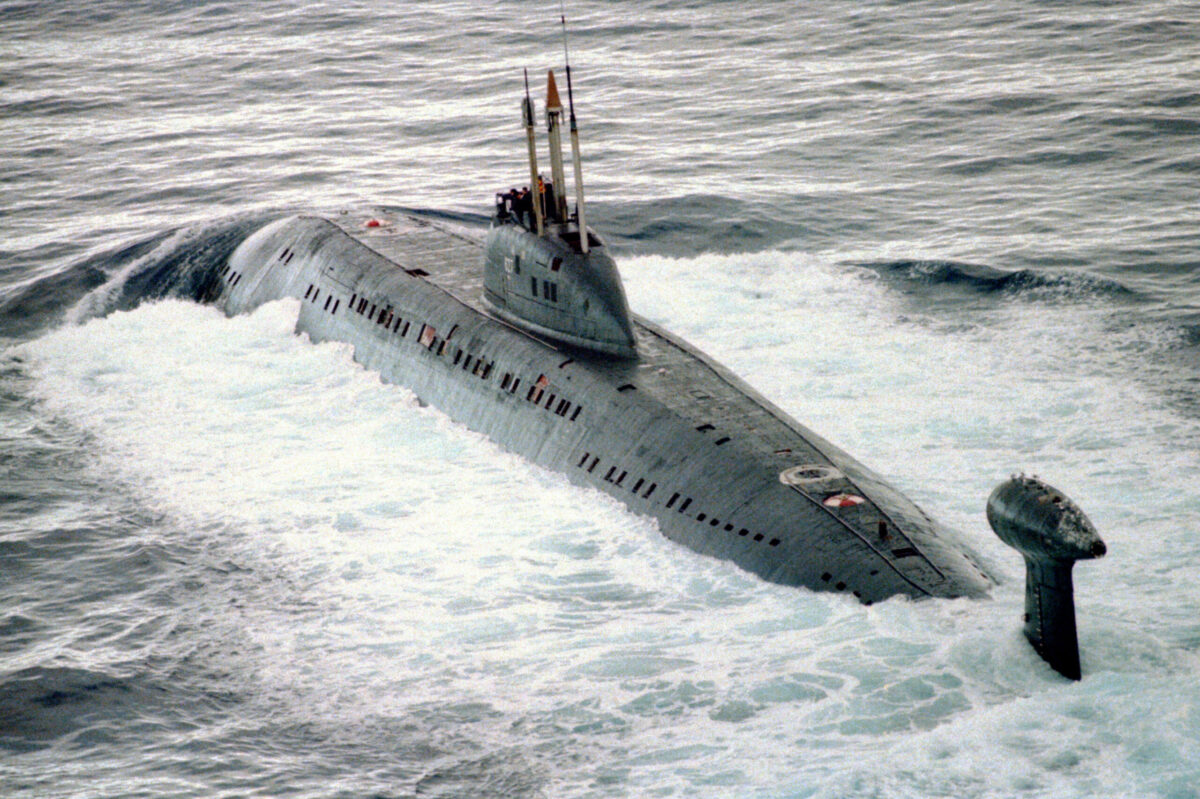 While the Soviet Union had capable submarines, they were loud — very loud.

“For a long time the Soviets didn’t seem to give a damn about the noise radiated by their submarines,” said Ira Dyer, an acoustics expert and professor of ocean engineering at the Massachusetts Institute of Technology in a 1987 interview about Soviet submarine technology.

Fast, armed to the teeth, and just plain loud was the Soviet-style. Until it wasn’t.

Perhaps one of the potentially loudest parts of a submarine is its screw or propeller. This is due to cavitation, a phenomenon (in the case of submarines) in which a rapidly spinning propeller creates pockets of low pressure that appear as vapor bubbles on the propeller blade.

As the blade spins, these cavities of low pressure separate from the propeller blade, disappear in the water behind the submarine, similarly to a ship’s wake. These low-pressure bubbles rapidly contract, returning to a neutral-pressure state. This creates a pop, which can be detected underwater.

In 1967, John Anthony Walker walked into the Soviet Embassy in Washington D.C. and established himself as a reliable source of information.

Walker had joined the Navy in 1955 as an alternative to prison after being arrested for theft. He quickly rose through the ranks and became a Chief Petty Officer onboard the USS Andrew Jackson, an American Lafayette-class nuclear submarine. His familiarity with cutting edge naval technology would eventually serve the Soviet Union well.

Wracked by debt, Walker turned to espionage. He, and the spy ring he recruited, including many of his own family, sold information to the Soviet Union for nearly 20 years.

“The Soviet Union made significant gains in naval warfare that were attributable to Walker’s spying,” said the U.S. Naval Institute’s Naval History Magazine. “His espionage provided Moscow “access to weapons and sensor data and naval tactics, terrorist threats, and surface, submarine, and airborne training, readiness and tactics,” according to former Secretary of Defense Caspar Weinberger.

The Victor III-class is a case in point.

The Victor III-class of submarines were improved upon in regard to their significantly reduced acoustic signature and were supposedly known in some naval circles as the Walker submarines, due to the assumed connection between John Anthony Walker’s assistance to the Soviet Union and their corresponding improvement in submarine acoustic signature.

The Soviet Union got other breaks a well. The Toshiba-Kongsberg scandal was another enormous boon to Soviet submarine technology.

Still, many experts intelligence maintain that John Anthony Walker “provided enough code-data information to alter significantly the balance of power between Russia and the United States.”

Had the Soviet Union and the United States ever gone to war, the naval theater would have been that much harder.