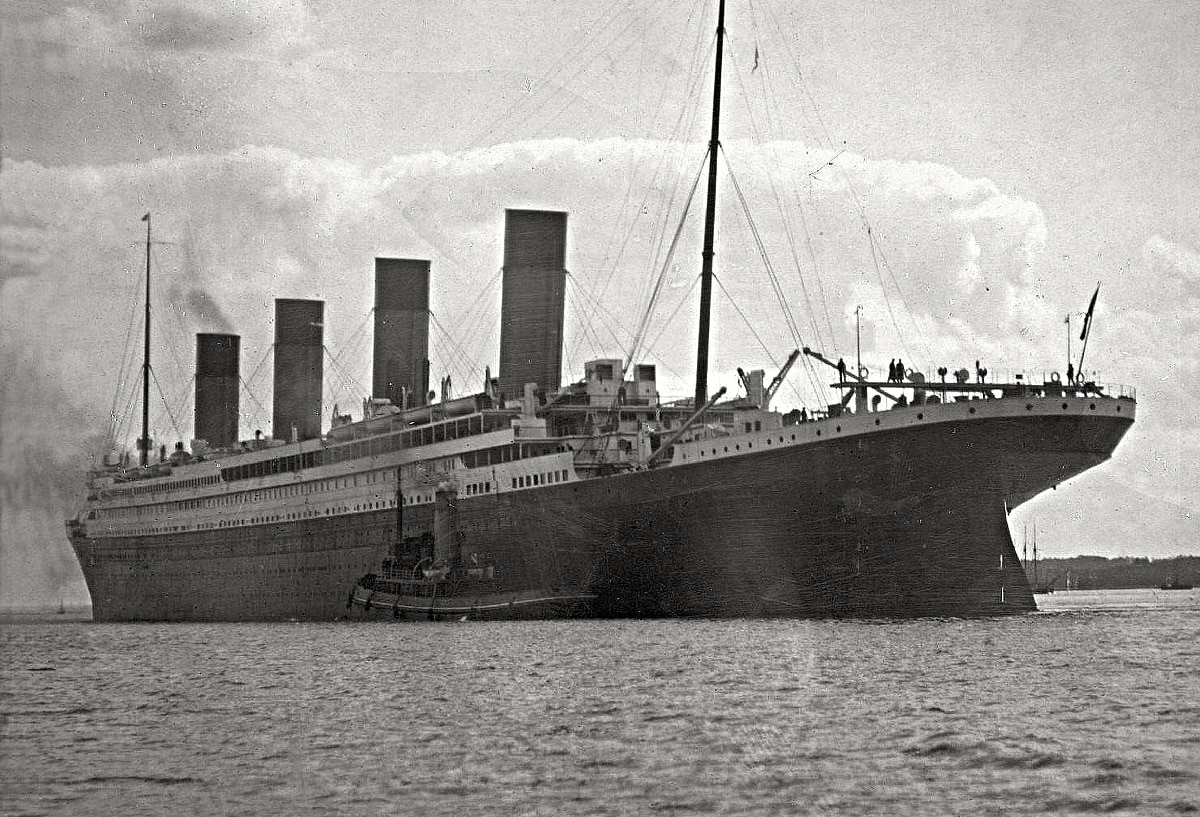 It was the Biblical prophet Isaiah who first proclaimed “…they shall beat their swords into plowshares, and their spears into pruninghooks” (Isaiah 2:4). It has forever since been used to describe a way that a weapon or the technology behind it found use in the civilian world.

However, there are many insistences where civilian tools and innovations were pressed into military service. Among the most famous examples may be the “Taxis of the Marne,” even if the effort to drive French soldiers to the frontlines via Parisian taxicabs was likely far less significant than the legend tells.

By contrast, the role that ocean liners have played as “troopships” has largely been overlooked. While the British Royal Navy was the largest naval force on the globe during the First World War, it actually didn’t have enough troopships. When the war broke out, Great Britain pressed into service some of the most famous—not to mention most luxurious—ocean liners into military service.

This included the RMS Olympic, the sister ship of the infamous Titanic. Had the Titanic not hit an iceberg on April 15, 1912 and sunk during her maiden transatlantic crossing, it is very likely she would have been a troopship – or perhaps a hospital ship like her other sister ship RMS Britannic.

Ocean liners were built for passenger service and contained many of the features that would be required for the transporting of troops. This included galleys, dining rooms and numerous cabins. The ships were converted, which meant removing many of the luxuries to maximize space, but it should be remembered that in the pre-World War I era, the ships typically featured second class accommodations that were sparse while the third-class cabins were little more than communal bunks!

All the niceties, such as furniture, paintings, pianos and other items that weren’t needed were removed. Every available space was fitted with bunks, cots and even hammocks. Guns were mounted on deck and during the First World War the ships resembled “Dazzle paint,” which resembled zebra stripes, to help obscure the size, speed and heading of the ship when it was seen at a distance.

While the rechristened HMHS (His Majesty’s Hospital Ship) Britannic didn’t survive the war, as she struck a mine and sank off Greece in 1917; RMS Olympic successfully transported untold numbers of troops across the Atlantic and Mediterranean Oceans. On May 12, 1918, she even intentionally rammed and sank the German submarine U-103, which had attempted to torpedo the liner.

During the Second World War, both the RMS Queen Elizabeth and RMS Queen Mary served as troopships—and it is noteworthy as the HMS Queen Elizabeth, a World War I era super-dreadnought was still in service, meaning that two ships named for the famous “Virgin Queen” played a role in the war.

The last ocean liner to be converted to a troopship was the Cunard Line’s Queen Elizabeth 2, which was requisitioned by the British government during the Falklands War in 1982. As with other converted ocean liners, the ship—which was actually named for the wife of King George VI and not the current Queen Elizabeth II—was stripped of artwork and passenger amenities, but provisions were made to allow helicopters to land on the ship. This was necessary as it was 8,000 miles between Great Britain and the Falklands and no nearby ports were available for refueling.

However, the decision to use the QE2 as a troopship reportedly gave then Prime Minister Margaret Thatcher a sleepless night.

During the voyage, the QE2 carried 3,000 troops along with a 650 volunteer crew. To help conceal her location from very viable threats the ship’s portholes were covered and the radar turned off. She avoided enemy contact and returned to British waters when the war ended, also bringing an end of the use of civilian ocean liners as troopships.