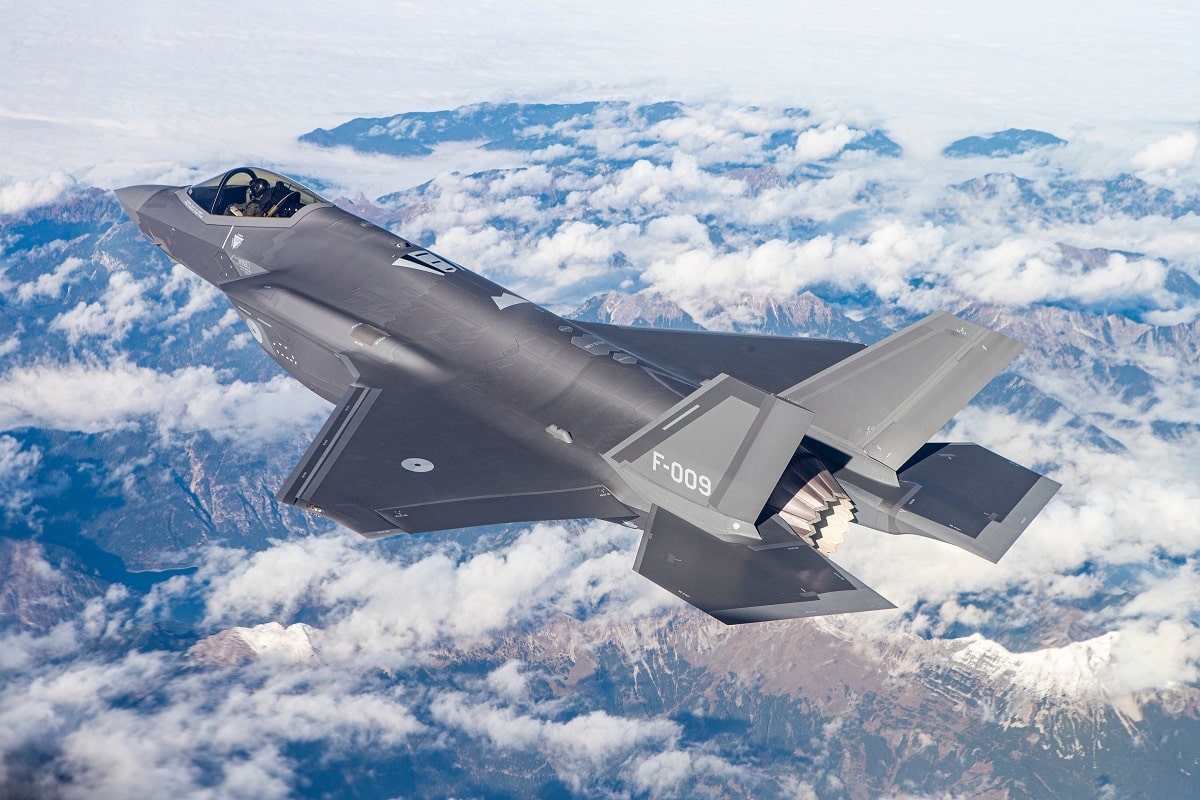 The J-20—also known as the Mighty Dragon—is just the world’s third operational fifth-generation stealth fighter aircraft after the United States’ F-22 Raptor and F-35 Lightning II Joint Strike Fighter. China has gone all-in with stealth aircraft in addition to expanding its fleet of J-20 fighters, the country is also preparing to field its FC-31 stealth fighter and the H-20 long-range stealth bombers.

Now it seems that the People’s Liberation Army Air Force (PLAAF) is apparently looking beyond the J-20 and by the sound of it the next Chinese aircraft could be a “Super F-35.”

Forbes.com and the GlobalTimes.com both reported last year that Yang Wei of Aviation Industry Corporation of China (AVIC), in a paper published in Acta Aeronautica et Astronautica Sinica, a Chinese monthly journal on aeronautics, last month noted that with many of the older generations of fighter jets it was all about maneuverability, but this concept could be outdated thanks to the development of advanced medium-range air-to-air missiles with their beyond-visual-range attack capabilities.

It is true that this summer the Navy’s F-35C has joined the famous TOPGUN school, which marked new territory when it comes to air warfare and helping pilots leverage the various combat attributes unique to the Joint Strike Fighter. However, Yang argued that maneuverability is a secondary issue—and that was certainly the case with the F-117 Nighthawk, which was the first American stealth fighter. It wasn’t really a fighter and actually lacked any air-to-air capability.

The J-20 also isn’t optimized for gut-wrenching air combat maneuvers either, and observers have speculated that it would either serve as long-range supersonic strike plane, or a hit-and-run interceptor used to slip past fighter screens and take out vulnerable supporting tanker and AWACS (Airborne Warning And Control System planes).

Instead of a highly maneuverable aircraft, today information could be the deciding factor, suggested Yang. Modern fighter jets focus more on gaining information from an active electronically scanned array (AESA) system, while at the same time the stealth aircraft can be employed to reduce an opponents’ ability to gain information—and this can include using stealth technology along with electronic countermeasures.

As GlobalTimes.com reported, when an aircraft can then get more information with such devices pilots must then have extensive knowledge, sharp analysis and most importantly sound decisionmaking to put that information to use. Forbes.com also reported that this does sound like the capabilities provided to the F-22 stealth fighter, which is equipped with an extensive datalink capability that can be used to pick off targets at very long ranges via its AIM-120D air-to-air missiles.

If this is the direction China’s PLAAF takes, then it could result in an aircraft that is much like the F-35, which isn’t known for its speed or maneuverable. Dogfights aren’t where the F-35 shines, but it is one that can take advantage of 360-degree situational awareness—while operating stealthily with limited weapons.

China likely sees the potential of a highly networked, yet far less agile or speedy aircraft. There are plenty of planes that can dogfight and plenty that are super fast. But none of that matters if a stealth aircraft can get in, hits its target and be gone before the enemy knew what hit it.