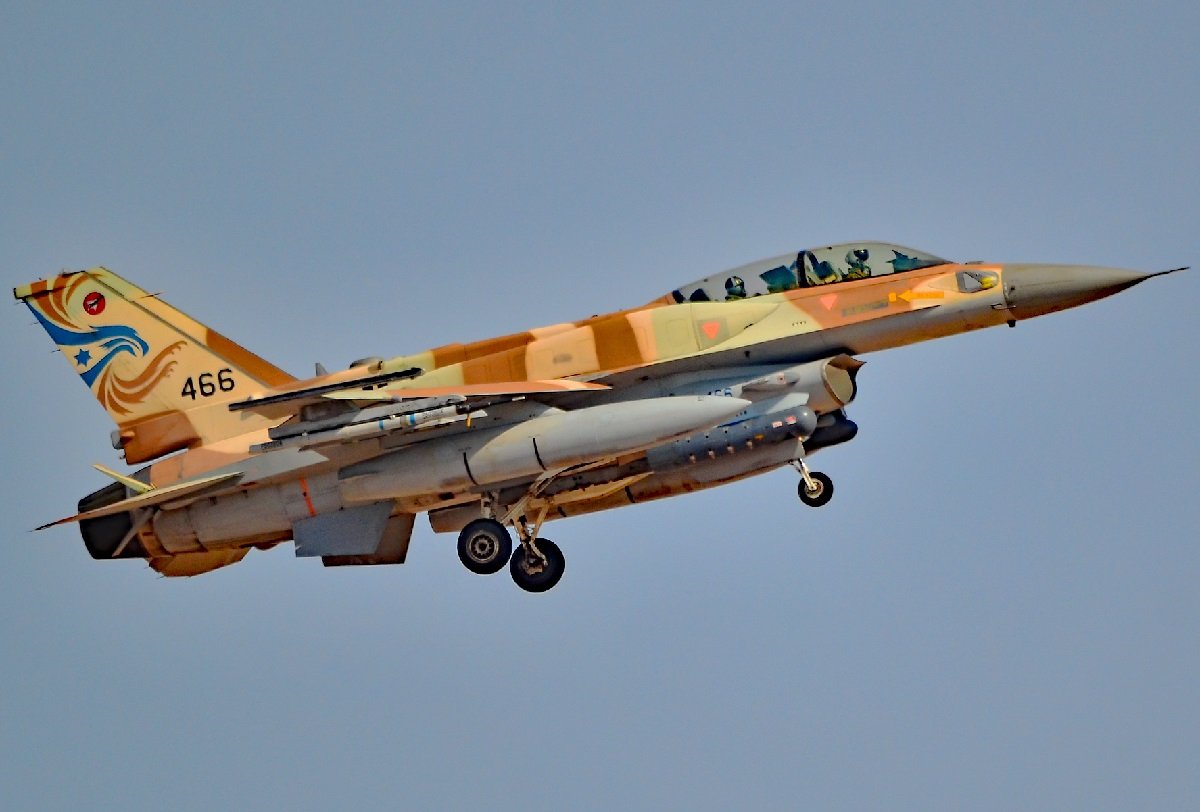 Israel operates what may be the world’s largest fleet F-16s. They also have many F-15s, which serve as compact, long-range bombers.

The F-15I is essentially an F-15E but made according to Israeli specifications, used to replace Israel’s venerable, but aging fleet of F-4 Phantoms.

Rather than serving as a fighter, Israel decided to take advantage of the F-15 family’s twin engines and high payload capacity to serve as a sort of compact but long-range strategic bomber that could be successful in a ground-attack role. The result was the F-15I Ra’am, or Thunder.

During the 1991 Gulf War, Iraq had been able to successfully launch Scud missiles at Israel. Though Israel would have preferred retaliating with aircraft, they lacked the capabilities to pull off a long-range bombing run on Iraq.

Israel already had considerable experience with the F-15 platform, having flown them for nearly twenty years. Part of the appeal of the huge airframe is due to it’s large conformal fuel tanks, which allow for a whopping 18,000 pounds of fuel. When combined with drop tanks, the Israeli F-15Is have a considerable range and loiter time.

Despite moving to acquire the Lockheed Martin F-35 Adir platform (also tailor-made to Israeli specifications), Israel additionally decided to upgrade their F-15 fleet in 2016. For instance, domestic avionics were installed to simplify the F-15I’s compatibility with the system used in other Israeli aircraft.

Initially F-15Is had an Israeli Radar Warning Receiver installed, although this was eventually swapped out for a more sensitive American system. The F-15I is still on active service with Israel.

These planes also take advantage of a domestic helmet mounted display system that eventually contributed to the display system in use with the F-35 program, to which Israel is a customer.

Israel operates more F-16s than anyone else in the world—except for the United States Air Force.

In the mid-2000s, Israel ordered fifty F-16Is from Lockheed Martin, bringing their total F-16 fleet up to more than 300, “including 102 new ones ordered since 1999 and 50 earlier model F-16s that were acquired from the U.S. inventory in the mid-1990s,” according to a Lockheed Martin press release.

Some of the F-16Is are two-seaters in a tandem configuration. The extra seat is a necessary precondition for Israel’s domestically produced Popeye family of missiles. The Popeye’s terminal guidance system requires a so-called “man-in-the-loop” to bring it to target, hence the extra seat.

F-16Is were in the news in January of 2020 when a handful of them were damaged during flooding caused by a rainstorm, despite being covered and in their hangars. A total of eight F-16Is were damaged—five of them suffered minor damage—and three sustained “significant” harm.

Despite the setback, F-16Is will undoubtedly serve Israel for the foreseeable future.