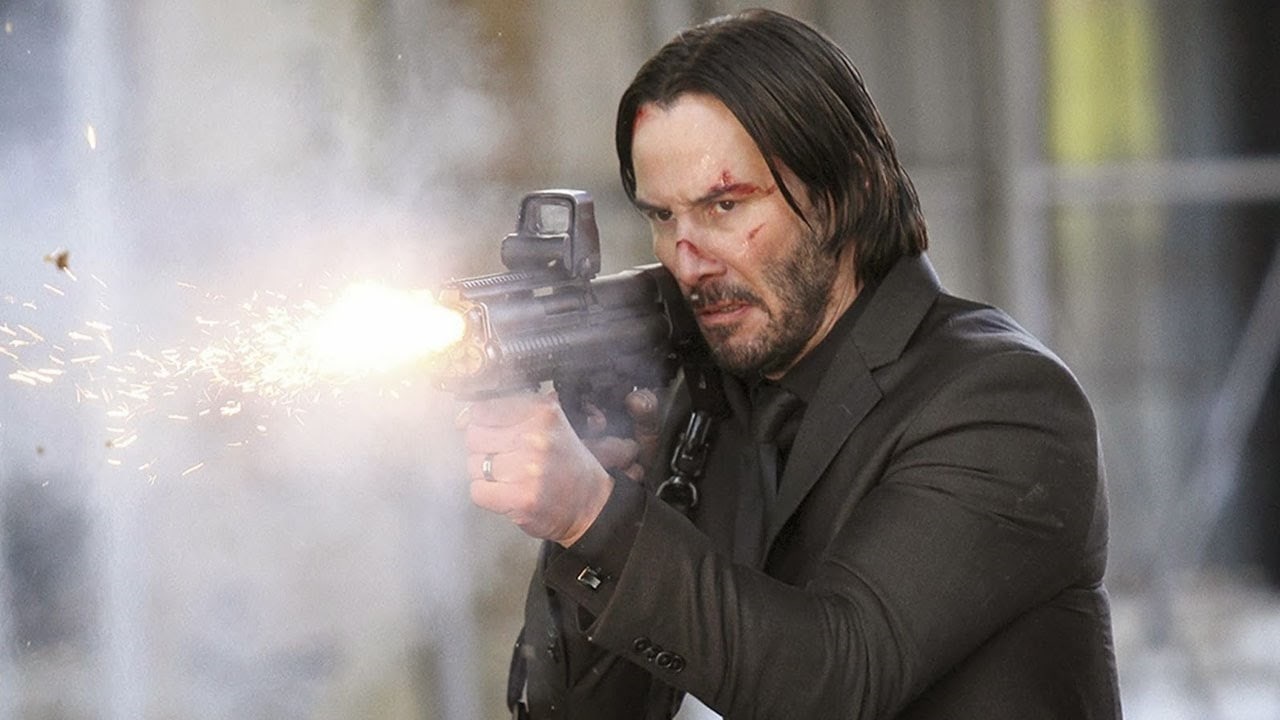 The Kel-Tec KSG is an aggressively styled shotgun for one thing, and one thing only: Close-quarters combat (CQB) defense. Compressed for ultimate ease in close quarters, this stout weapon was designed for maximum tactical prowess. Heck, even John Wick loves it.

Some fun days have been spent with this aggressive weapon. Going through the various test courses to prove the mettle of this uniquely styled shotgun was an enlightening adventure. You’ll be itching to get your hands on one once we’ve gone through what this marauder can do.

The accuracy of the KSG is, like most shotguns, incredibly lethal at or under 25 yards.

My playtime, er….testing… was primarily short-range courses, with mostly 2 ¾” load in a variety of Winchester and Remington sport, heavy and light target loads. Not surprisingly, this bullpup decimates targets with birdshot at twenty yards.

The KSG developed a bad rap when it was first introduced, and after putting it through the paces I just don’t think the failures had anything to do with this warrior.

This gun is aggressive as heck and it shined when I matched that aggression with solid and strong muscle. The pump-action needs a serious and hard movement to fully engage and feed properly. When I’d slowly pull back to observe the feed in an unnatural action, it pauses as the feed begins. If I stopped at the pause, instead of finishing the motion, misfeed occurs.

In short: be aggressive.

This formidable companion needs a rough hand, and weakness in the shooter will result in failures in the weapon.

The efficiently short 26.1” overall length, with an 18.5” barrel, pushed the federal regs for shotguns just about as far as possible to allow for maneuverability not typical of a shotgun.

The KSG exit port for cartridges ejects downward, and at first impression, I was concerned that spent shells may hit my hands. Using both a front vertical and rear grip I never had that issue and didn’t notice the cartridge exits at any point. In fact, thanks to the bottom port, this is a truly ambidextrous gun that allows any shooter to enjoy the fluid adaptability in any situation.

With a steel sling mount near the muzzle and strap vents in the stock, adding portability to the package is a snap.

Kel-Tec did a great job in designing for all users, with everything in easy reach of the shooter’s trigger guard.

The 5-pound trigger is on par with most shotguns and is combined with the ambidextrous controls within easy finger reach. To the front of the trigger guard is my pump release. A cross-bolt safety, which took getting used to, is placed at my thumb with function on both sides.

The magazine tube control lever, which starts the show with its ability to switch up ammo type on the fly, is close at hand between the ejection port and the trigger.

The setup of the trigger and controls seems intuitive and well thought out. It was easy to get into a groove with use.

No doubt about it, the double tube capacity of 14 + 1 is an incredible cache for a shotgun.

The versatility of being able to carry multiple types of load through the course gives a great advantage when addressing a varied range of targets. The underbelly of KSG with that handy mechanism to switch between the two tubes allows for less stopping and reloading.

Underbelly loading is a bit slow. It won’t accommodate a desire for fast loading for shooters in competition environments. However, with this much ammo on board, the need to reload after only a handful of shots on target is completely eliminated. I’ll take that trade-off any day.

Thanks to the unique location of the action behind the trigger, Kel-Tec has given us a tiny footprint for a monster shotgun.

The total weight comes in at 7–8 lbs from empty to fully loaded, which puts the KSG on par with what I’d expect from a shotgun.

So much of the overall look of the futuristic aesthetics comes from the scrimping of every inch they could shave from the weapon length. It looks kind of weird but pretty cool. It’s hard to deny that the design has a visceral appeal largely in part to its unique appearance.

Similar in weight to its peers, like the Mossberg 500, the Kel-Tec KSG has the recoil I’d expect from a weapon of this caliber.

A comfortable cheek weld while firing assisted in my having no trouble acquiring and staying on target with multiple shots.

Loaded with the heaviest of the 3” slugs, my shoulder took a beating. Granted, that may have to do with the rounds of thirteen consecutive shots from the boom-stick that my inner five-year-old was thoroughly enjoying at the time.

Just under $1,000 is what you’ll find the KSG listed for, and that will get you iron sights and a vertical grip included off the bat.

Holo sights, gun light, and a decent sling may add to your purchase price. I’d recommend all three if you’re going for the CQB “look” for your new Kel-Tec. The accessories will allow you to expand the versatility and ensure that no matter the course or situation you will be ready for action.

Much like the hot rod in the garage, the Kel-Tech KSG is a shotgun that is more for “want” than it is for “need” and that’s a-ok in my book. It is incredibly satisfying to utterly destroy target after target at the range with the ultimate hands-on pump action between each shot. Like a kid in a candy store, my experience with this annihilator was full of action, aggression, and joyous glee. Most likely to be used as a great way to cut loose than it is to serve for practical home defense, a day at the range with the KSG is one heck of a fast way to put a smile on my face.