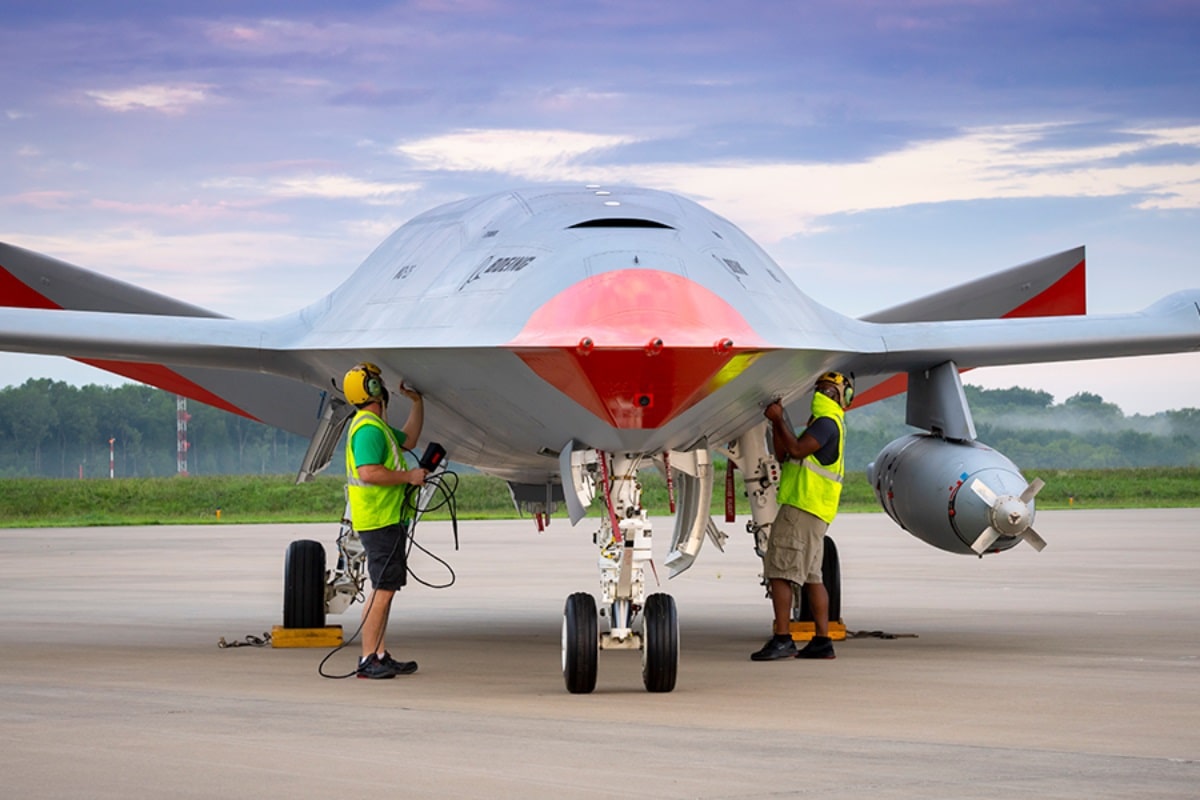 The U.S. Navy is looking at further capabilities for their MQ-25A Stingray, an unmanned aerial vehicle. The vehicle features some stealthy features including a serpentine air inlet that shields the Stingray’s engine blades from being pinged by radar as well as a stealthy-contoured, radar dissipating fuselage.

The Navy employs the Stingray as an aerial refueling tanker, a job that some of the Navy’s Super Hornets currently do, and frees up the fighter for other, non-support operations.

MQ-25A Stingray: What the Future Could Hold

In comments delivered during a U.S. Navy Memorial event, Vice Admiral James Kilby explained how the Navy would like to add capabilities to the Stingray platform — possibly to include aerial reconnaissance or even direct-action operations.

“Congress is very skeptical about unmanned surface vessels: go-slow, land-based testing, don’t lose your lessons learned in the past,” Kilby explained. But, for aerial vehicles, lawmakers are “probably more confident because of what we’ve done as a nation in the last 20 years. I get pressured about, ‘When are you going to drop bombs from the MQ-25? When are you going to use it as a sensor?’”

Earlier this year, the Stingray successfully passed jet fuel to a receiving aircraft while in flight, a program first.

One of the challenges to increasing the Stingray’s capabilities however is simply a matter of space: the Stingray’s wingspan is fully 75 feet wide, whereas the Super Hornet it would replace for aerial refueling has a wingspan just under 45 feet in width. Integrating a significantly wider unmanned vehicle into a carrier air wing requires tight communication and coordination and is still being perfected.

“There is a vexing part of the integration of an unmanned aircraft into the air wing. That’s a dance that requires a lot of people doing the right thing at the right time over and over and over again without communicating with each other because they just know their job and we’re introducing this big, unmanned thing into this dance,” Kilby explained, and emphasized that the Navy has to succeed in the basics before giving the Stingray more to do.

Still, the benefits are clear: by taking a pilot out of the picture, valuable payload space is increased. Furthermore, an unmanned vehicle can simply do more due to the natural endurance limits on a human flight.

“We need to introduce increasing capability here, matched with complexity to make that air wing of the future more robust because I’m getting pushed in range. That human endurance piece is where I want to use all my real estate as judiciously as I can from the air wing perspective,” Kilby explained.

“The next logical thing to me is a sensor. Then I’m getting to the crew endurance piece. I’m creating a system where I’m taking out all the payload required for people: ejection seat, human living space… and use it for payload, so I’ve increased the effectiveness of that platform, as long as I can control it.”