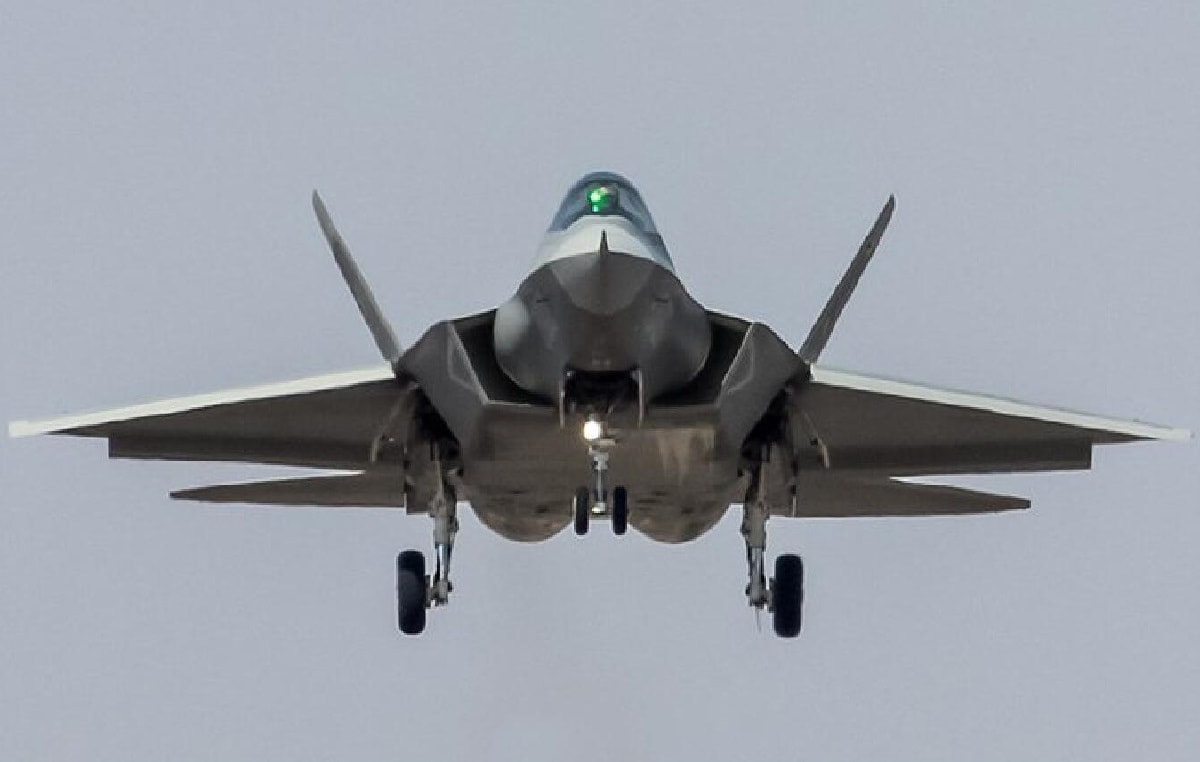 The J-20 is not the only stealth fighter in China’s arsenal, however: Beijing also fields a smaller, lesser-known, and many times forgotten companion, the FC-31.

Speculation indicates that the Chinese fighter owes much of its design to the F-35 stealth fighter, as evidenced by a 2009 computer breach targeting the American fighter program. Aside from the terabytes of data that Chinese hackers lifted and the strong physical resemblance the FC-31 shares with the F-35, the Chinese fighter also shares several characteristics with its American counterpart.

Like the F-35C, the FC-31 is smaller than the J-20, and also carries a twin-wheel type nose landing gear: both design choices indicate the FC-31’s intended role as a sea-based stealth fighter. Like the F-35, China’s FC-31 has a canted tail assembly (though some analysts have pointed out that the Chinese fighter’s tail is rather more reminiscent of the United States’ F-22), as well as a stealthily contoured nose chine. Although the FC-31 is a dual-engine fighter, its airframe is otherwise strongly resembled the F-35.

Several photos recently surfaced on Twitter showing a mockup of China’s Type 003 aircraft carrier in Wuhan. Several aircraft can be seen on the carrier’s flight deck, including two J-15 fighters and a utility/transport helicopter. However the most noticeable of the aircraft mockups was a FC-31.

An allegedly quite recent image of the carrier EM facility at Wuhan and the mock up representing today how the Type 003’s island might look like has gained a SAC FC/31/J-35 mock up! 😮

Any idea since when exactly it is there since my last image is from April/June 2019. 🤔 pic.twitter.com/QFifx59dhK

Currently, China’s carrier fighters are the J-15, a Chinese copy of the Russian-made Sukhoi Flanker jet airplane that is known for its unreliability, and in particular, has suffered from engine problems. However, seeing both the J-15 as well as the FC-31 together — albeit in mockup form — could indicate a desire to fly both aircraft together in a sort of high/low mix.

In this force structure configuration, the decidedly unstealthy though nominally high-performance J-15 could operate in tandem with the stealthy FC-31. In this combination, large numbers of the more affordable J-15s could work with smaller numbers of the more capable stealth fighter and offer a more flexible, capable force than either a purely stealthy or unstealthy fleet would be able to offer on their own.

Although these most recent photos are mockups rather than actual airframes, they nonetheless shed light on one of China’s lesser-known stealth fighters. And by operating alongside China’s unstealthy fighters, the FC-31 may — paradoxically — be a very potent sea-based fighter platform.