On July 4 2017, North Korea took one of its most significant steps to date with regards to the development of its strategic weapons capabilities by conducting its first successful test of an intercontinental ballistic missile (ICBM).

The Hwasong-14 – which analysts believe possesses the necessary range to allow it to strike the continental United States – would be launched again later that month in what proved to be an even more successful test of the weapon system, while North Korea would go on to test a second, even more, capable ICBM model in the form of the Hwasong-15 in November.

That year saw such significant breakthroughs on the part of North Korea’s ballistic missile capabilities. Such events significantly increased tensions between the United States and North Korea, and it is not difficult to recognize the symbolism of North Korea’s chosen date for the first step in that series of breakthroughs. For a country accustomed to celebrating its Independence Day with grand displays of fireworks, North Korea offered an even more impressive display of rocketry.

But the 2017 display was not the first time that the Fourth of July was marked by North Korean missile launches. July 4, 2006, saw North Korea test for the first time its Taepodong-2 ballistic missile – though on that occasion it was already the morning of July 5 in Pyongyang at the time of the missile launches. The test of the Taepodong-2 proved to be unsuccessful, but the symbolism of the date extended beyond just the American holiday: it was the day on which NASA launched the space shuttle Discovery for an almost two-week mission to the International Space Station (coincidently, the Taepodong-2 ballistic missile is a weaponized version of North Korea’s Unha-3 satellite-launch vehicle).

Three years later, July 4 2009 would see North Korea again launch a barrage of ballistic missiles, this time of shorter-ranged systems. Those tests were likely conducted at least in part as a response to a recently adopted United Nations Security Council sanctions resolution directed at the DPRK, which was itself a response to North Korea’s second nuclear test; the nuclear test that prompted this chain of events, it is worth noting, took place on May 25 of that year, which is recognized as Memorial Day in the United States and which again likely reflected North Korea’s penchant for selecting dates of some significance to the U.S. when carrying out tests or other important activities as a tool for signaling. 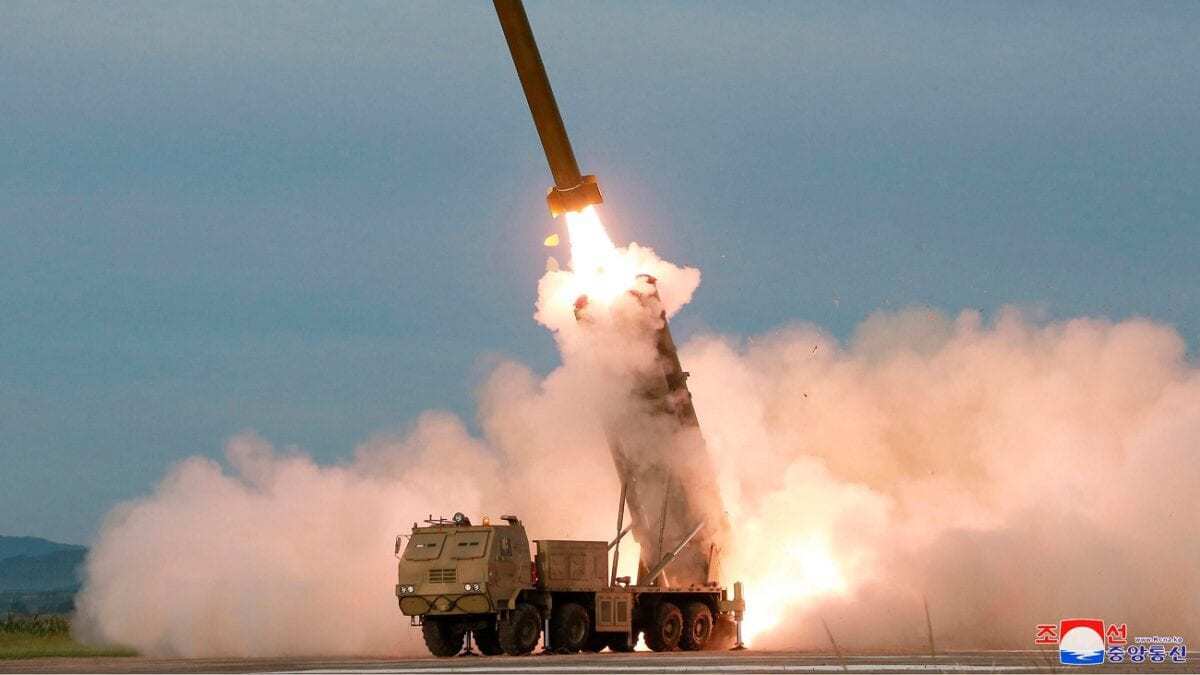 Not Always About Missiles

But the Fourth of July has not only served as an opportunity for North Korea to engage in some form of bellicose military signaling. In July 1972, North and South Korea signed the July 4th North-South Joint Communiqué, the first document to be agreed upon and signed by the two countries since the division of the Korean Peninsula in 1945. The document saw the North and South agree upon a set of principles related to unification, as well as a number of other initiatives aimed at reducing tensions and promoting exchanges between the two. The aftermath of the singing, however, saw the emergence of what would become a recurring problem for subsequent inter-Korean agreements in the form of disagreements over interpretation and implementation.

More recently, North Korea in 2018 used July 4 to celebrate the Joint Communique. This more peaceful celebration of the date stood in stark contrast to the ICBM launch of the previous year and came amid a warming period in both inter-Korean and DPRK-U.S. relations.

Given the precedent, it is possible that North Korea may once again choose to mark the July 4 holiday with a weapons test. North Korea has already carried out a ballistic missile test of a new short-range system this year, and experts have assessed that North Korea’s playbook is likely to involve a gradual ramping up in terms of the intensity of its weapons testing; July 4 may offer an opportunity to proceed with such a plan.

But it is equally likely – if not even more so – that North Korea may simply allow the date to pass on by with little fanfare. North Korea has in recent months done enough to ensure that the door remains propped open to a possible resumption in diplomacy with the United States at some point in the future, and the DPRK may not want to take steps to undo that. North Korea’s domestic priorities may also continue to take precedence, with the country facing a potential food shortage as well as COVID-19 related challenges.