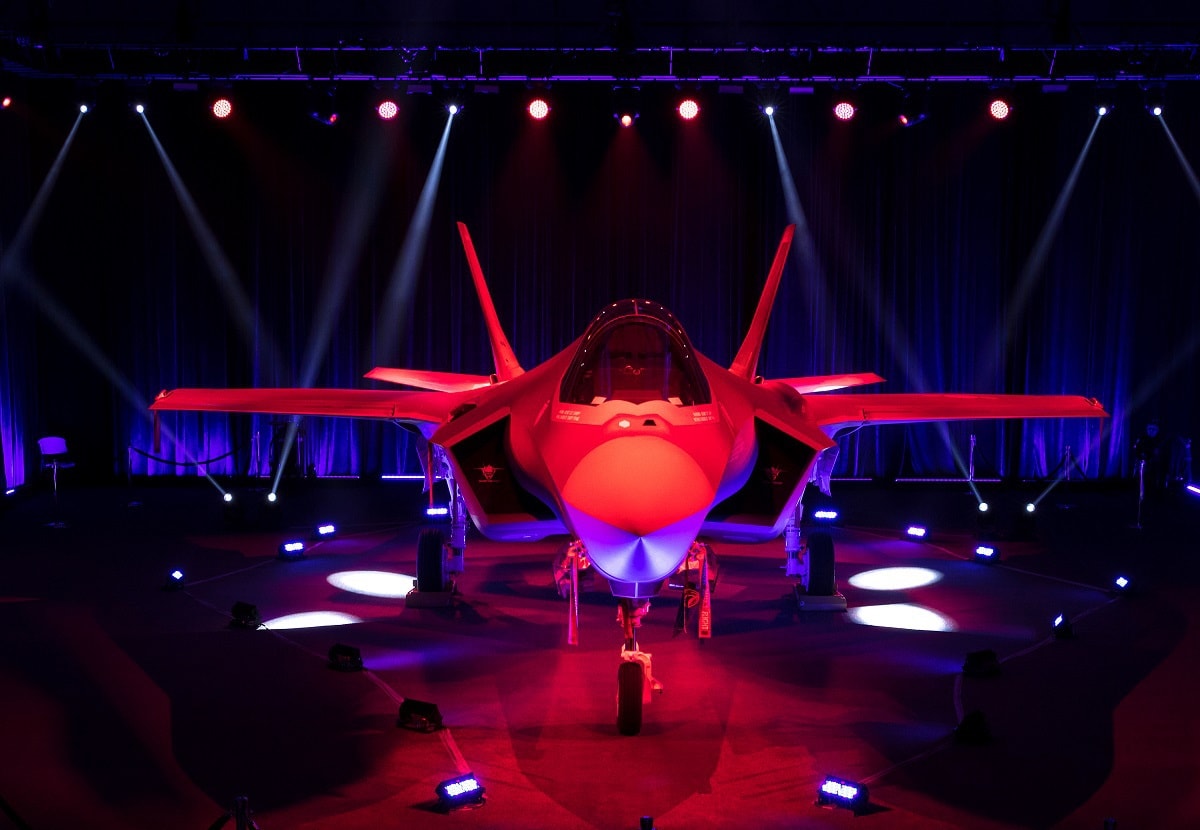 The F-35 Lightning II has emerged as one of the world’s premier multirole fighter aircraft, with the U.S. Air Force now operating more of the fifth-generation aircraft than any other fighter model other than several variants of the long-serving F-16. In addition to its impressive capabilities that no fighter can match, the F-35 is also unique in that it is the only stealth fighter with a major export market. The F-35 program has seven additional international program partners involved in the program as well as six Foreign Military Sales customers all having received or placed orders for F-35s.

One such country is South Korea, which in 2014 signed a Letter of Offer and Acceptance (LOA) for the purchase of 40 F-35A aircraft. The first F-35 built for the Republic of Korea Air Force (ROKAF) – dubbed aircraft AW-1 – was first unveiled in March of 2018, with pilot training beginning shortly thereafter at Luke Air Force Base in Arizona. South Korea’s first F-35s were then transferred Chongju Air Base in 2019, where they were placed into operational service.

In October of 2019, South Korea’s Defense Acquisition Program Administration (DAPA) announced that the country would be purchasing an additional 20 F-35s, and as of October 2020 South Korea had taken ownership of 24 F-35s.

Why North Korea Fears the F-35

The F-35 is for South Korea not only a very capable fighter aircraft but also a versatile stealth platform that is uniquely well suited to support the country’s overall defense policy. In the event of a major conflict on the Korean Peninsula, the ROKAF is likely to face only a minimal challenge from its North Korean counterpart in the air. The Korean People’s Army Air and Anti-Air Force (KPAAF) operates only a limited number of fourth-generation aircraft in the form of its 18 MiG-29s. The remainder of the KPAAF’s 810 combat aircraft are classified as third or even second-generation aircraft and would be of only limited use in a modern air war. KPAAF pilots are also limited to only 15-25 hours of training per year due to fuel limitations, while South Korean pilots train for more than 135 hours each year.

The ROKAF, with its larger inventory of fourth-generation aircraft and its growing F-35 fleet, would likely be able to quickly wrest control of the skies from North Korea. The more substantial threat to South Korean pilots will come from the KPAAF’s ground-based air-defense assets. North Korea has a large, dense, and overlapping air defense network comprised of SA-2, SA-3, and SA-5 surface-to-air missile (SAM) sites. The DPRK also has a number of mobile SA-13 SAMs, as well as both fixed and mobile anti-aircraft artillery systems and a large number of man-portable SAM systems such as the SA-7. North Korea has also unveiled a mobile SAM system that closely resembles the Russian S-300 and Chinese HQ-9 systems, as well as new mobile air-defense radar vehicles. Clearly, this is why Seoul needs F-35s, as even the most modern fourth-generation fighters, even the new Boeing F-15EX, will likely take heavy losses in a conflict.

Indeed, the F-35’s stealth capabilities will allow it to more effectively penetrate North Korea’s air defense network and to more safely operate in North Korean airspace. This will allow the aircraft to more effectively support South Korean defense strategies. South Korea’s Kill Chain and Korea Massive Punishment and Retaliation strategies – which have been consolidated into a single concept referred to as the “strategic strike system” – rely on precision strike capabilities to respond to a range of potential North Korean attacks. The Kill Chain strategy is a preemptive strategy with which South Korea would look to detect a potential North Korean attack involving artillery or ballistic missile assets, destroying them before they can be utilized. Korea Massive Punishment and Retaliation, meanwhile, is a strategy designed to deter a larger North Korean attack by threatening strikes against the DPRK’s political and military leadership.

Both strategies will likely incorporate South Korea’s impressive ballistic missile capabilities but will also require contributions from the ROKAF, with the F-35 likely to be the first choice for such operations given the aircraft’s combination of lethality and survivability.

Recent years have seen North Korea make significant strides in its ballistic missile program, including the introduction of increasingly capable, road-mobile solid-fueled short-range ballistic missiles (SRBMs). Mobility and the ability to launch quickly will likely make these weapons difficult to locate and destroy, but here again the F-35 may offer South Korea a solution. The F-35’s ability to operate more effectively in North Korean airspace given its stealth capabilities may allow the aircraft to loiter on station for longer periods of time, potentially providing South Korea with a very responsive option for quickly destroying North Korean missiles when they are detected.

The F-35 also looks set to play an even greater role for South Korea in the future. South Korea has announced plans for the potential development of a light aircraft carrier, with the vessel envisioned as being capable of operating up to 16 F-35Bs, the STVOL variant of the aircraft.