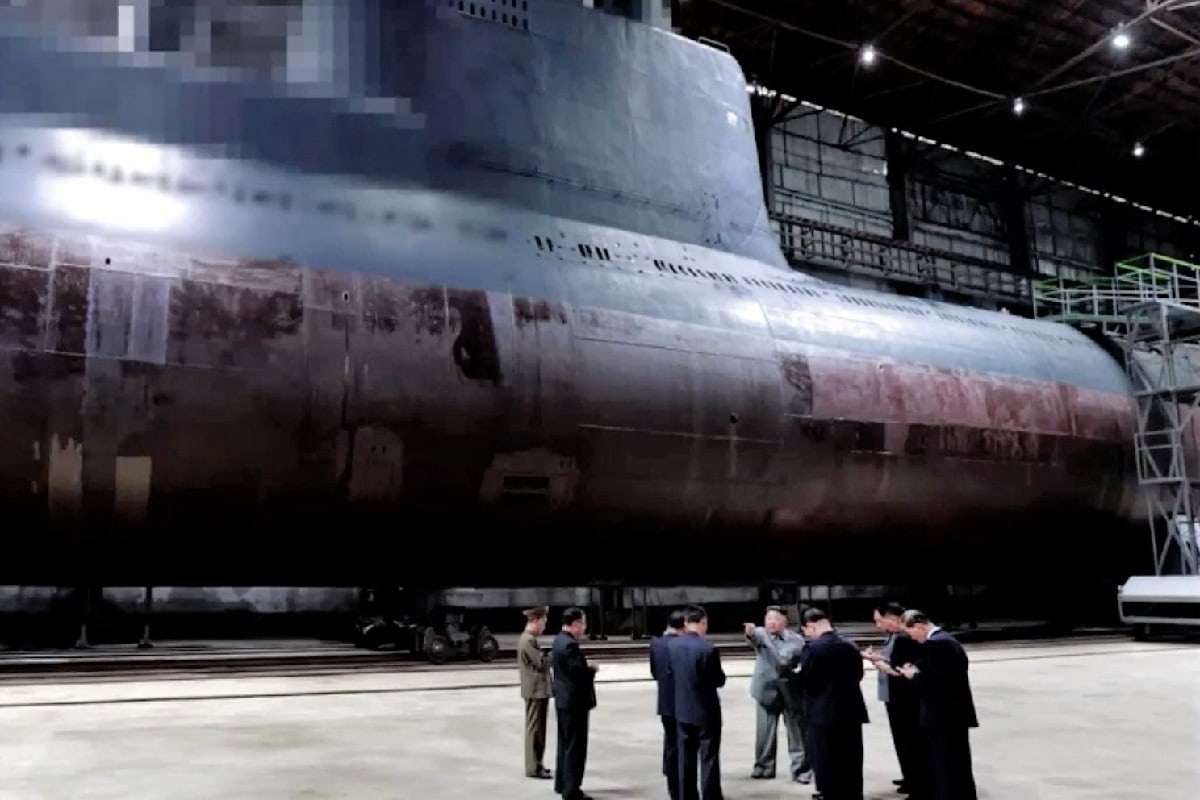 Image: A Screenshot from KCNA TV.

North Korea has to date unveiled five different variants of its Pukguksong series of SLBMs, some of which appear to have been adapted for use as land-based ballistic missiles. North Korea first conducted land-based static tests of its Pukguksong-1 SLBM in 2014 and has since carried out tests of the missile’s ejection system as well as five full flight tests. The first successful flight test of the Pukguksong-1 took place in April 2016, with a second successful test – in which the missile traveled a distance of 500 km – took place in August of that year, leading analysts to assess that the missile possessed a range of approximately 1,200 km.

With the Pukguksong-3, the series returned to its sea-based roots. The development of the Pukguksong-3 followed continued advances in North Korea’s production of solid-fueled missile engines. The Pukguksong-3 was successfully tested in October 2019, with estimates of the missile’s range placed at 1,900 to 2,000 km.

Since the successful testing of the Pukgukgsong-3, North Korea has unveiled two new SLBM variants, both of which it has yet to test for the first time. The Pukguksong-4 was unveiled during the October 2020 military parade celebrating the 75th anniversary of the founding of the country’s ruling party, while the Pukguksong-5 was revealed during the parade associated with North Korea’s Eighth Party Congress in January.

Given the lack of testing, analysts can only speculate about the performance specifics of both the two most recent additions to North Korea’s SLBM inventory. Based purely on visual assessments, analysts have suggested that the Pukguksong-5 may have a range of up to 3,000 km, allowing it to strike the island of Guam if fired from the center of the Sea of Japan. Analysts have also suggested that given the rough similarities between the Pukguksong-3, -4, and -5, North Korea may still be in the process of settling on a final design for the future of its SLBM arsenal.

North Korea currently operates only a single ballistic missile submarine, though it is also constructing a new vessel that may be capable of carrying up to three SLBMs.