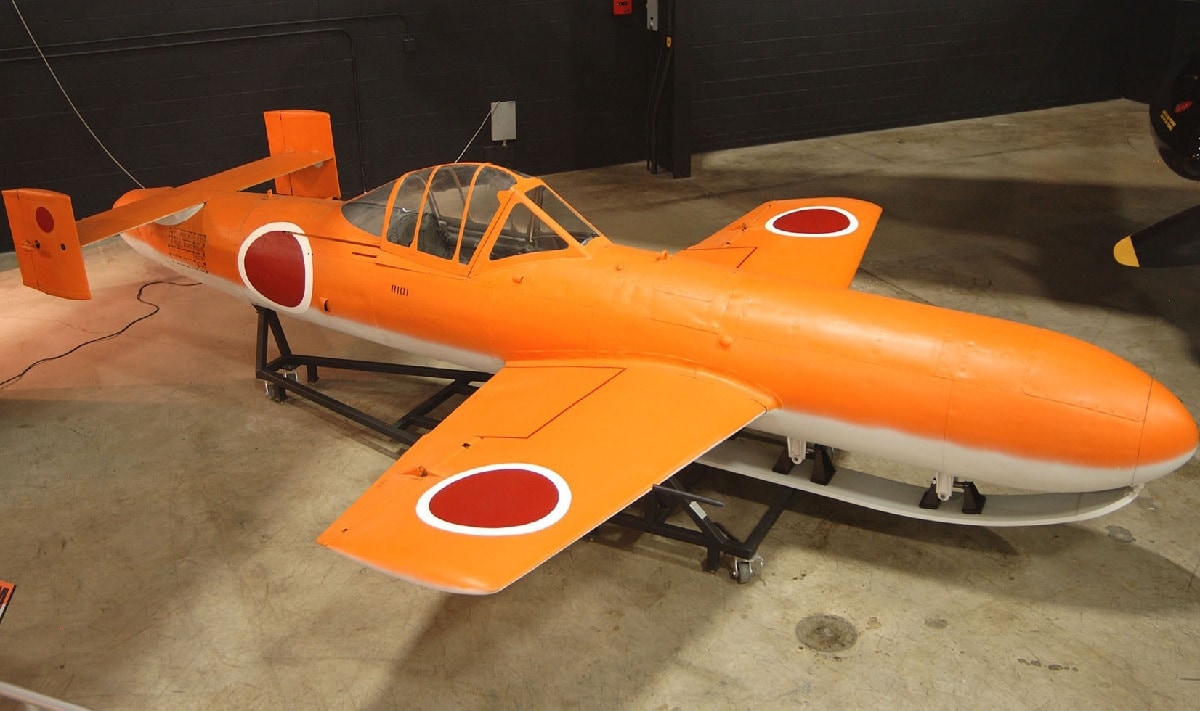 In the waning years of the Second World War, American Airmen and Sailors learned to dread the sound of incoming Japanese aircraft. Not because Japan’s airplanes were exceptionally high performance (as Japan’s industrial capacity steadily degraded, so too did the quality of small arms, and airplanes, not to mention the myriad other products of Japan’s wartime industry), but rather because of the unique threat that an incoming airplane could represent: a kamikaze attack.

Bent on both the destruction of the United States Navy and the defense of the Japanese home islands, undertrained Kamikaze pilots would fly bomb-laden aircraft against American vessels — not to drop their high-explosive payload atop American ships, but rather to ram themselves and their deadly weaponry into the ships themselves in hopes of delivering a crippling blow.

Although Imperial Japan armed and sent a variety of aircraft skywards against the most powerful ships in the Pacific, these airframes were essentially existing aircraft that aviators and engineers modified to carry the maximum amount of explosive payload as possible. One of Japan’s Kamikaze planes however was purpose-built for these terrifying suicide missions: the Yokosuka MXY-7 Ohka.

Nicknamed Baka — meaning stupid or idiot in Japanese — by the Allies, these little one-seater airplanes were fearsome. Rather than relying on an internal combustion engine for propulsion, the little plane flew to very high speeds powered by not one but by three solid propellant rocket motors. The airplane’s terminal velocity was for the era, incredible. In terminal dives, the flying bomb was incredibly difficult to shoot down, but also difficult for pilots to accurately pilot.

The aircraft was in fact little more than a flying bomb: a 2,600-pound bomb made up the airplane’s nose and fuselage, on top of which the doomed pilot sat. The design saw wooden wings just forward of the cockpit, and non-training combat models lacked any sort of landing gear.

Though blisteringly fast, the Ohkas suicide planes had a very limited range: the three onboard rocket motors could fire for probably 10 seconds or less, limiting range to around 23 miles. Rather than flying to targets under its own power, however, a mother ship carried the flying bomb toward potential targets, releasing the Ohka once within the smaller plane’s range.

The Navy quickly realized the unique danger these flying warheads posed and reacted by expanding the size of the defensive rings that surrounded naval ships and capital ships in particular.

The Ohka’s record is rather less than what Imperial Japan could have hoped for: though the kamikaze pilots did score some successes against transports and escort ships, including at least one destroyer, they did not manage to sink any aircraft carriers or other major Navy ships.