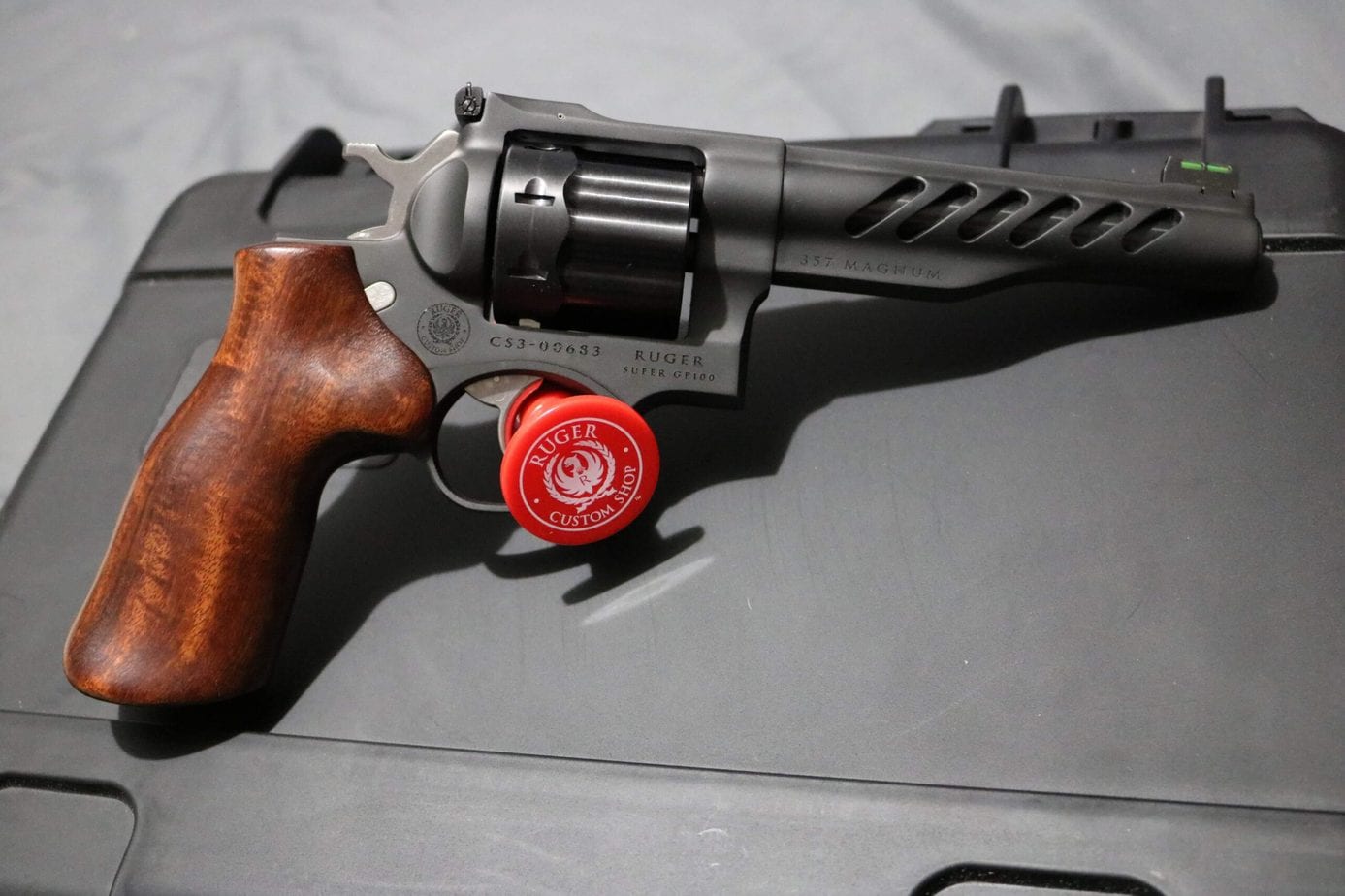 Sturm, Ruger & Co. is not one of the United States’ oldest gun manufacturers but the company has established itself as one of the best, known for durable, common-sense firearm designs that are both high-quality builds, as well as accurate. The company offers a wide variety of semi-automatic pistols, as well as single-shot, bolt-action, and semi-automatic rifles.

Ruger’s revolvers are especially note-worthy and are loved by gun enthusiasts. Here is one that stands above the rest: The Ruger Super GP100 is the Cadillac of revolvers.

The Super GP100 is a visually striking revolver. With hand-finished hardwood grips, as well as an aggressive frame and barrel, the revolvers are clearly special. They take their name from Ruger’s GP100 lineup, a very diverse line of mostly .357 Magnum revolvers that are considered by some to be an industry standard and are known for their reliability and ease of use.

As it is a dimensionally shorter cartridge, the .38 Special offers shooters a more affordable cartridge that also produces less recoil, and is therefore ideal for inexperienced shooters, or those looking for a cheaper plinking alternative to the larger .357 Magnum. However, one Super GP100 is chambered in a totally different pistol cartridge: the iconic 9x19mm.

One of the Super GP100’s more significant improvements is its cylinder. Unlike most revolver cylinders which feature some or no fluting, the Super GP’s cylinder is very extensively fluted. While this is a more expensive design from a manufacturing standpoint, it offers the shooter a more lightweight cylinder for easier and smoother trigger pulls, which can aid accuracy.

In addition, the revolver’s internal components are “polished and optimized,” with a “centering boss on the trigger, and centering shims on the hammer,” which results in a even smoother and more consistent trigger pull.

It Is Not Cheap

Considering the Super GP’s superior features, it is hard to find a higher-quality revolver out of the box. These features come at a cost, however — the Super GP 100 retails for nearly $1,600 according to the Ruger website. Still, it is easy to see why Ruger’s revolver is so pricey — it’s the Cadillac of American revolvers.