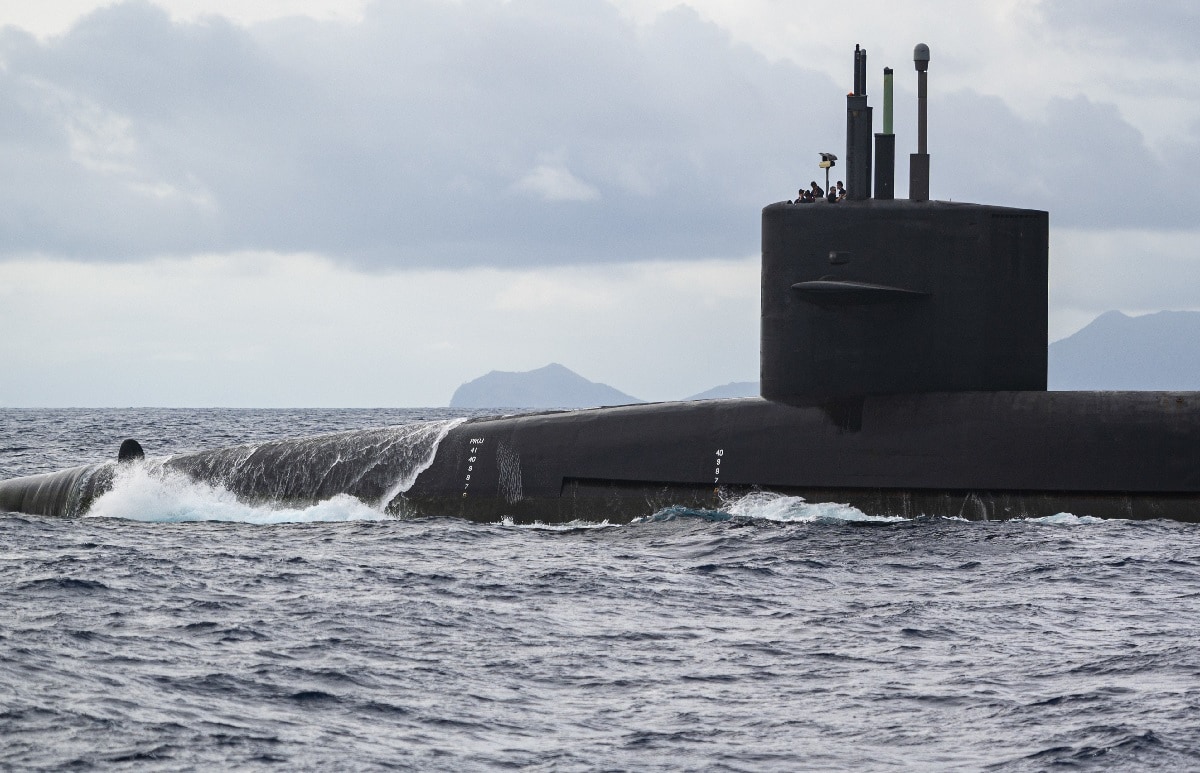 PACIFIC OCEAN (Oct. 21, 2020) The Ohio-class ballistic-missile submarine USS Henry M. Jackson (SSBN 730) gets in position to receive a payload of supplies from an MV-22B Osprey in the vicinity of the Hawaiian Islands. Underway replenishment sustains the fleet anywhere/anytime. This event was designed to test and evaluate the tactics, techniques, and procedures of U.S. Strategic Command's expeditionary logistics and enhance the overall readiness of our strategic forces. (U.S. Navy photo by Mass Communication Specialist 1st Class Devin M. Langer)

Is the U.S. Navy’s undersea advantage starting to erode?

The Russian submarine fleet is growing at a steady pace, both qualitatively and quantitatively, and will pose a significant challenge to the United States within five years. In particular, Russia’s advanced Yasen-class submarines are nearly as quiet as the most advanced American submarines, which are widely regarded as the best in the world due to their extremely silent operation. In addition, the Chinese Navy is undergoing rapid modernization and could soon rival the best American and Russian submarines.

“Russia just fielded their second Sev class [a shortened version of the Yasen-class’ NATO reporting name Severodvinsk], which is on par with ours,” Gen. VanHerck explained to lawmakers. “Within a five-year period, they’ll have eight to nine of those submarines, which will be a persistent proximate threat off of our east and west coasts that we haven’t had ever in the past.”

The Yasen-class is Russia’s newest, most advanced nuclear-powered cruise missile submarines. One U.S. Navy admiral stated that Russia’s submarine fleet as a whole gives him pause for thought, and that the Yasen-class specifically is “a brand new class of submarine, and it’s very capable, and it’s very quiet, so that’s the most important thing I think, in submarine warfare.”

The class made headlines when in 2018, a Yasen was able to evade detection for several weeks while underway in the Atlantic, much to the consternation of American naval commanders. Yasens are still being built and commissioned by the Russian Navy, and once completed, will number 10 hulls in total.

The People’s Liberation Army Navy is rapidly fielding a number of advanced submarines as well, and “in the not too distant future, five to 10 years, China will be in the same position,” as Russian submarines Gen. VanHerck also stated during the House hearing. VanHerck referred to China’s Type 093 Shang-class.

In a nod to the increasing importance of the Arctic both to Russia and other Arctic countries, the Russian Navy recently flexed their naval might by sending three of their most advanced submarines through polar ice near Russia’s Franz Josef Land archipelago, a group of islands less than 600 miles from the North Pole.

Increasingly capable Chinese and Russian submarine forces underline the importance of a capable naval force to American security — and indicate that the United States’ historical monopoly on naval power, and submarine capabilities more specifically, is eroding.