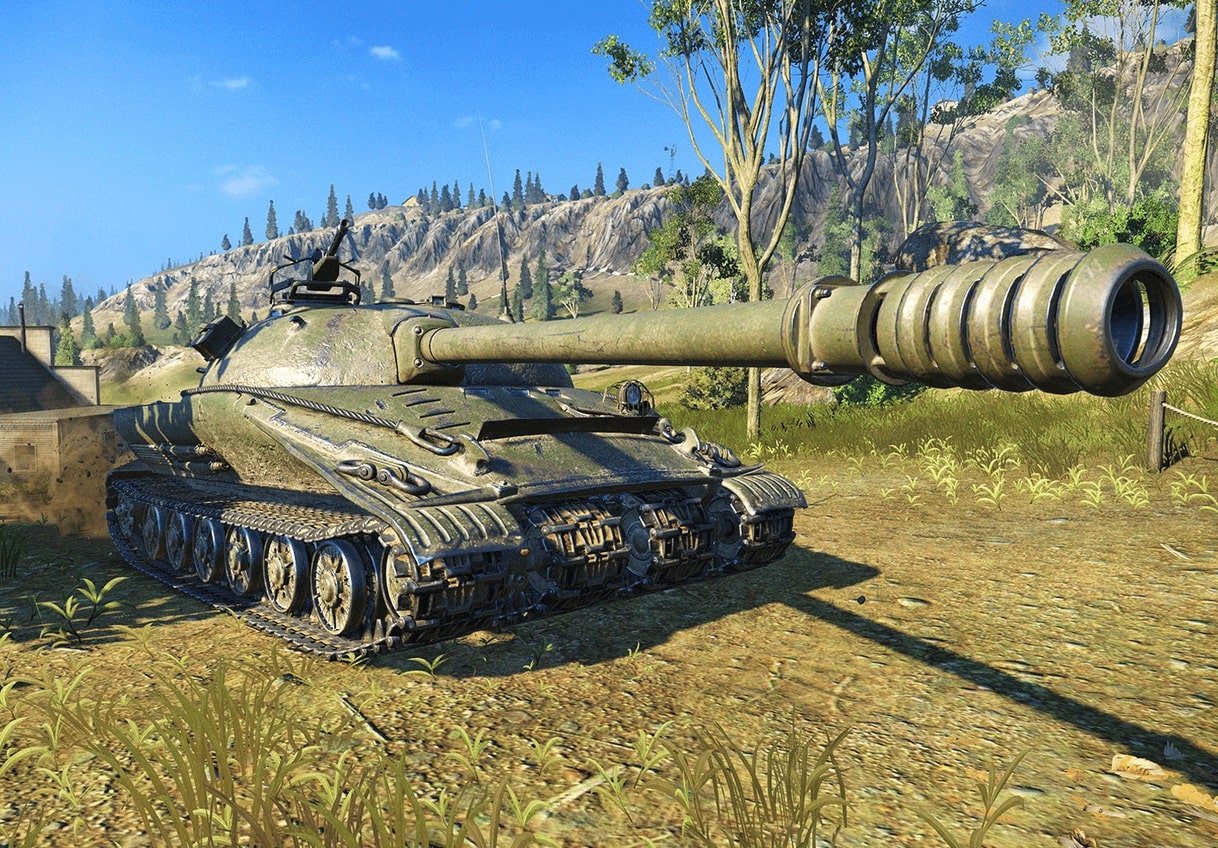 In the early days of the Cold War, both American and Soviet war planners assumed that the next European war would be nuclear right from the get-go. Strategic thinking was of the opinion that since the United States and the USSR had nukes—why not use them?

A lot of strange prototypes were built around this pretense—and not just tanks, turboprops, and jets were designed for the opening hours of a nuclear exchange when planners assumed that one of the first targets to be taken out would be airfields. Like these planes, the Object 279 was also designed to survive on a nuclear battlefield.

Object 279 was a heavy tank with some startling capabilities and an emphasis on cross-country performance to more easily traverse sloppy Russian spring conditions. To that end, the Object 279 had four tracks to give it lower ground pressure. The Object 279’s tracks were mated to two large pontoons in between the tracks and the hull.

These pontoons were hollow and could store fuel, giving the Object 279 good range despite the large engine and high curb weight. The engine was also a beast—a 1,000 horsepower diesel that could propel the tank to speeds of up to 35 miles, or about 55 kilometers per hour.

The Object 279’s main gun was quite large, 130 millimeters in diameter. Though it was designed in the 1950s, the main gun would be considered large even by today’s standards. For comparison, the American M1 Abrams tank has a 120-millimeter main gun.

What really stands out about the Object 279 though is the armor, which had to pull double-duty resisting anti-tank rounds—and nuclear blasts. Object 279 almost looked like a flying saucer. It had a large, downward-sloping disk-shaped armored hull. The armor was of variable thickness, but at its maximum was a whopping 270 millimeters—over 10.5 inches—thick.

The high weight of the Object 279 was intended to keep the tank from flipping over when exposed to a nuclear explosion, and the downward-angled hull would press the tank into the ground. The Object 279’s turret was even better protected and had about 320 millimeters of steel protection or over 12.5 inches.

The Object 279 was done in by changes to warfighting doctrine. As the Cold War progressed, American and Soviet planners shifted assumptions about nuclear war. They became convinced that the opening salvos of the next European war would not be nuclear as had been assumed earlier, but dominated by conventional weapons. The other reason Object 279 was done was because of a changing armor doctrine, which moved away from a diverse tank inventory of light, medium, and heavy tanks, to the “universal” or Main Battle Tank concept. Object 279 just didn’t serve a purpose anymore.