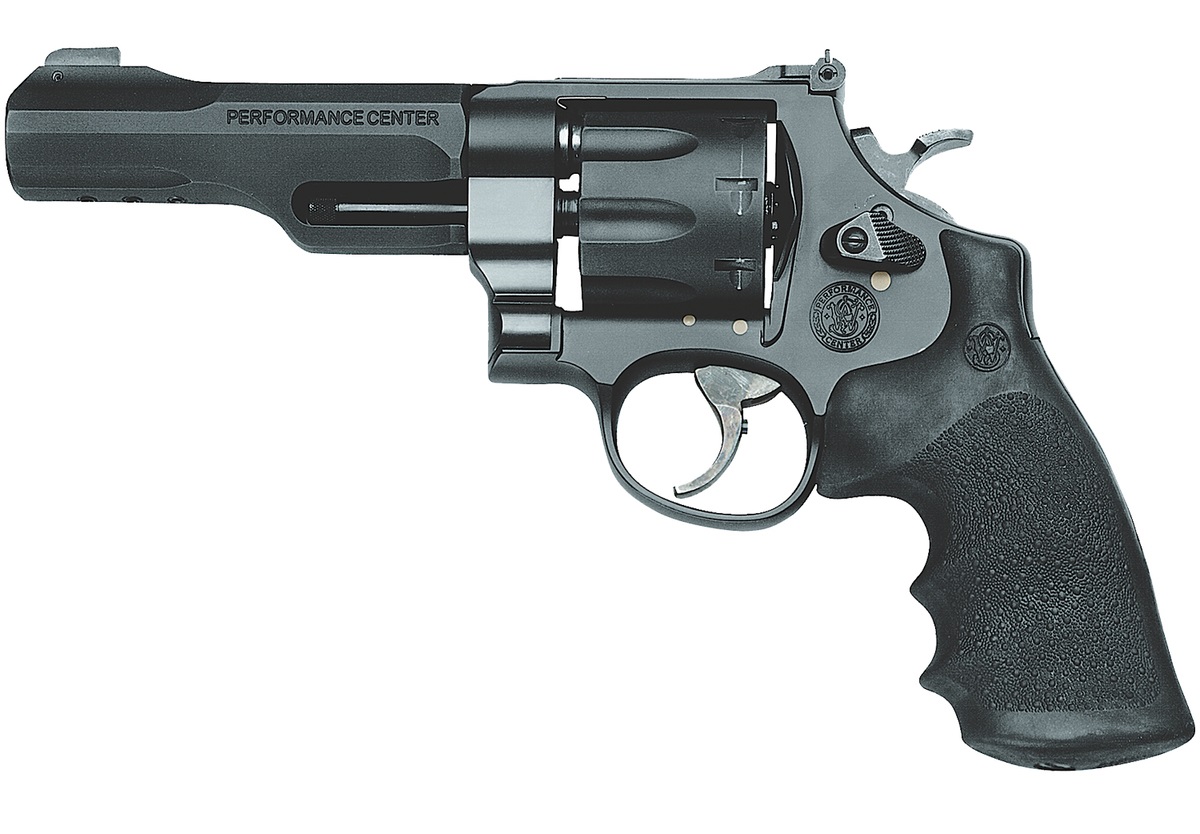 No conversation about American firearms is complete without mentioning Smith & Wesson. The legendary company has been building the best of the best for nearly 170 years — which has given Smith & Wesson more than enough time to offer a diverse array of high-quality rifles and pistols. And while all of the Springfield, Massachusetts-based company’s firearms are highly regarded for their robust, quality manufacturing, Smith & Wesson’s revolvers stand a cut above the rest and are some of the best in existence.

And while all of Smith & Wesson’s revolvers are excellent, one of their offerings is particularly worthy of note: the Model 327 TRR8.

The Model 327 TRR8 is built around Smith & Wesson’s N-frame, a large revolver frame that is robust enough to handle some of the hottest magnum cartridges, including the immensely powerful .44 Magnum, though in the case of the TRR8, is chambered in .357 Magnum. In contrast to the average Smith & Wesson revolver frame, however, the TRR8’s frame is made of a light-weight scandium alloy that is lighter than an all-steel design without sacrificing strength.

Although the TRR8 is chambered in .357 Magnum, it can also safely chamber and fire .38 Special ammunition,  the .357 Magnum’s predecessor. Though both cartridges fire the same diameter bullet, the .38 Special is slightly shorter and therefore both less powerful, producing less recoil for a more comfortable shooting experience. In either chambering, the TRR8 can accommodate 8 rounds, giving the revolver a respectably high cylinder capacity.

In addition to a matte black frame and cylinder finish, the TRR8 features two equipment rails, one atop the frame for optics mounting, as well as an under-barrel mounting point for a flashlight.

The Model 327 TRR8 is part of Smith & Wesson’s Performance Center line-up, and features several improvements that aid in accuracy compared to a stock configuration and make them “top performers.” The TRR8, therefore, features a Performance Center action and trigger.

Pricey, But Worth It

Though certainly one of Smith & Wesson’s top performers, the Model 327 TRR8 does come at a price: the revolver is listed on the Smith & Wesson website at nearly $1,400 — though like all S&W firearms, is backed by the company’s lifetime service policy, guaranteeing the revolver against any manufacturing defects.

Smith & Wesson has clearly thought through every aspect of their Model 327 TRR8, and offers a very high-quality product. For those that are in the market for a better-than-average revolver backed by over 150 years of manufacturing excellence, this revolver delivers — and is further proof of Smith & Wesson’s high-quality builds.