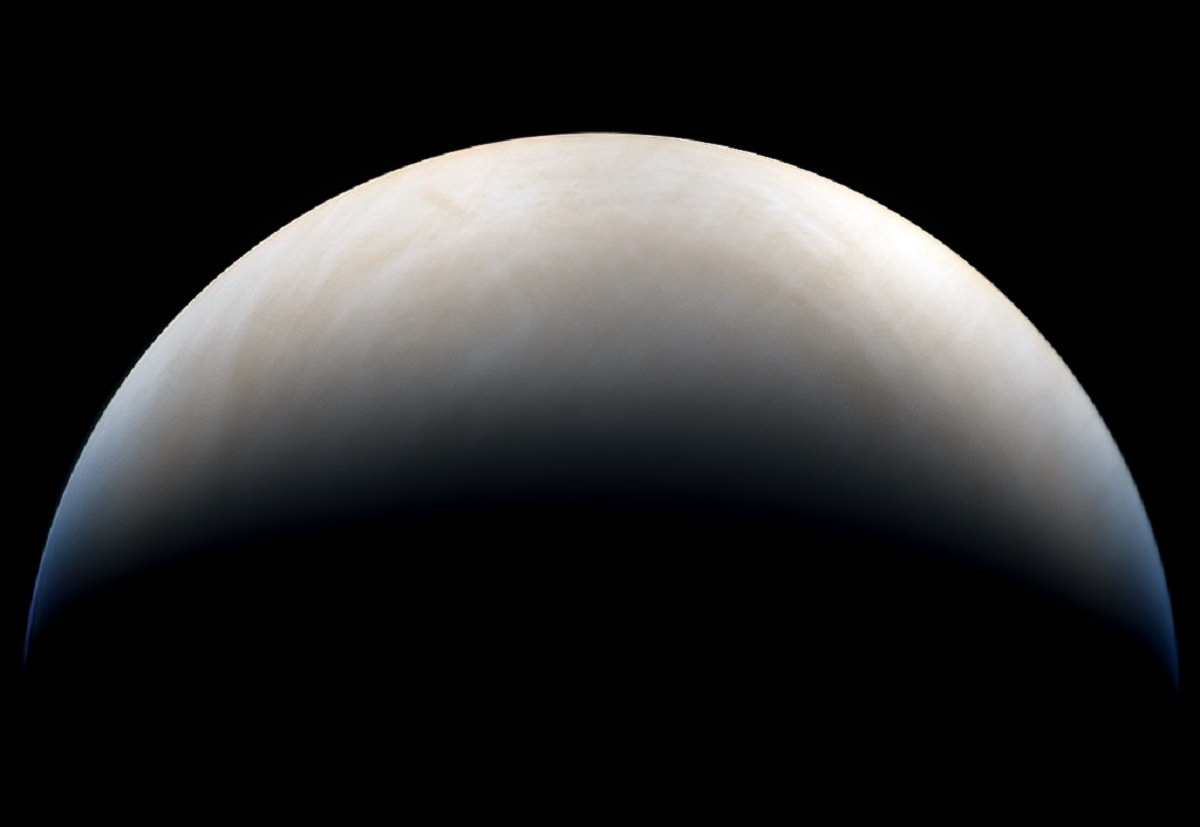 New research is contradicting a widely publicized study published last year that contended that life is possible in the clouds of Venus.

The new study, published in the peer-reviewed British journal Nature Astronomy, asserts that the amount of water in the planet’s atmosphere is so low that even the most drought-tolerant of microbes on Earth would not likely survive there.

“When we looked at the effective concentration of water molecules in those clouds, we found that it was a hundred times too low for even the most resilient Earth organisms to survive,” John Hallsworth, a microbiologist at Queen’s University Belfast and lead author of the paper, said in a recent news conference.

“That’s an unbridgeable distance,” he added.

The study’s findings seem to further suggest that most cloudy planetary environments are not conducive to supporting life as we know it. But the researchers did make an exception for Jupiter’s clouds, which may possess high enough concentration of water and suitable temperatures for the possibility of life to exist.

“We have also found that the conditions of water and temperature within Jupiter’s clouds could allow microbial-type life to subsist, assuming that other requirements such as nutrients are present,” Hallsworth said in a statement.

He added: “Now I’m not suggesting there’s life on Jupiter, and I’m not even suggesting life could be there because it would need the nutrients to be there and we can’t be sure of that. But still, it’s a profound and exciting finding and totally unexpected.”

Recent studies regarding microorganisms that are living in extreme conditions here on Earth have indicated that life can exist at temperatures as cold as minus 40 degrees Fahrenheit.

NASA Ames astrobiologist Chris McKay, a co-author of the paper, said that he was confident that the study’s findings were conclusive.

“Our conclusion is based directly on measurements,” he said during the news conference.

“It’s not a model, it’s not an assumption. The missions that NASA just selected to go to Venus will do the same measurements again—temperature, pressure—and they are going to come to very much the same conclusions because Venus is not changing on that type of time scale,” he added.

In a study published last year that was led by a team of astronomers in the United Kingdom, it contended that researchers had detected the chemical phosphine in the thick, acidic clouds of Venus.

The finding surprised many Venus experts, as Earth’s atmosphere contains small amounts of phosphine, a compound made of atoms of phosphorus and hydrogen, that can be produced by living organisms. The researchers suggested that the phosphines could potentially be produced by microorganisms living in Venus’ clouds.