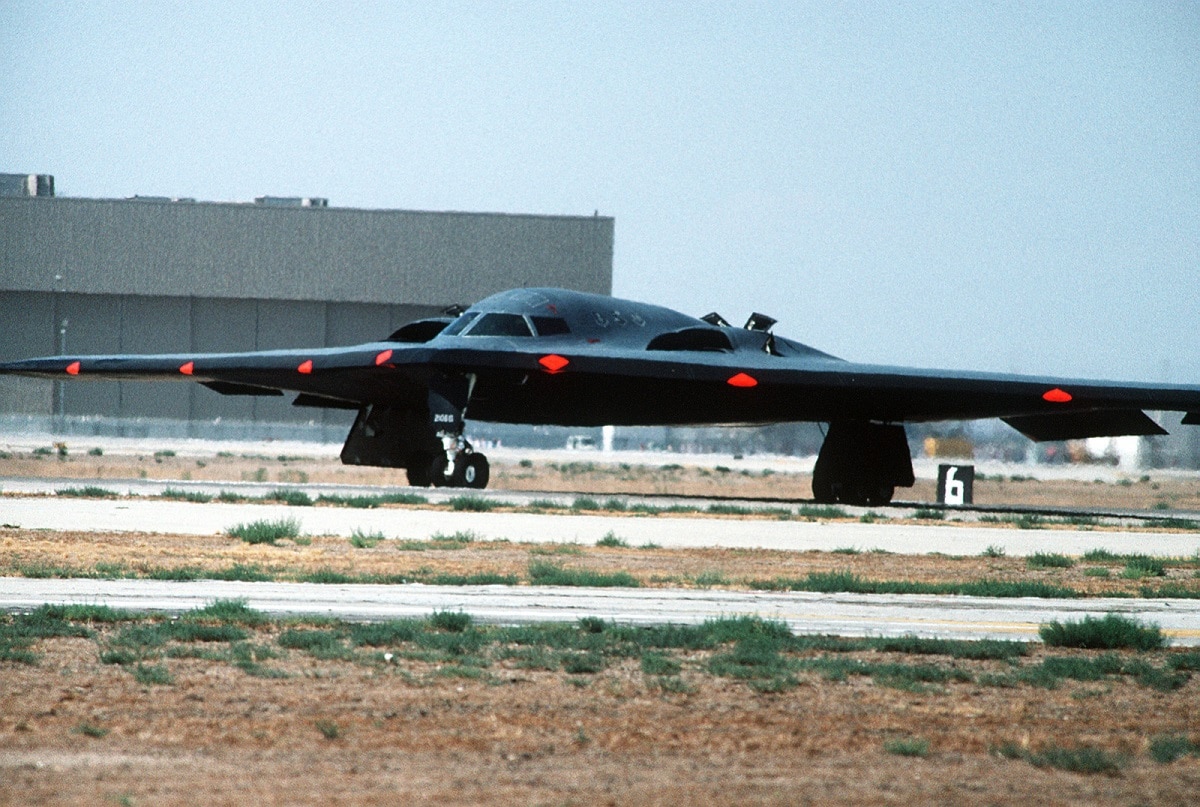 There is no denying that the U.S. Air Force’s B-2 Spirit bomber – the nation’s only stealth bomber in service today – can do things other aircraft simply can’t do. It has the ability to fly 6,000 nautical miles without refueling, travel at high subsonic speeds, and essentially reach any part of the world within hours. This is why during the opening stages of Operation Enduring Freedom it was called upon to deliver a mighty punch to Taliban forces in Afghanistan.

Since its introduction in 1997, the Northrop Grumman B-2 has often been the first to fight. It was designed to penetrate anti-aircraft defenses and can deploy both conventional and thermonuclear weapons. It is also the only acknowledged aircraft that can carry large air-to-surface standoff weapons in a stealth configuration.

The B-2 can carry up to sixteen B-61 or megaton-yield B-83 nuclear gravity bombs on the rotary launchers inside its two bomb bays. The aircraft’s avionics are even hardened versus the electromagnetic pulses generated by nuclear blasts.

Currently, there are twenty of the B-2s in service, and the Air Force plans to operate them until 2032 at least, when the Northrop Grumman B-21 Raider is expected to replace it. By that time the B-2 could have served a total of thirty-five years, which is barely middle age for an aircraft today.

In fact, the early Cold War-era B-52 Stratofortress is actually considerably older than the B-2 Spirit and could remain in service far longer – possibly into the 2050s.

So why might the B-2 have a shortened “dog years” of life left in it?

The main reason is that the B-2 was pushed hard during operations in Afghanistan and Iraq, and after two decades the Spirit requires intense effort to keep the aircraft flying and effective. However, the fact also remains that the Air Force needs the B-2 bomber at this point and must do everything it can to keep the airframes flying high.

This task of ensuring that the twenty B-2s in the Air Force’s bomber fleet continue to dominate and remain operational falls to the Air Force’s Life Cycle Management Center Program Office. It is leading a number of initiatives to upgrade and sustain the bomber.

“We are committed to keeping the B-2 flying and ensuring they remain effective for the crucial strategic defense, strategic deterrence mission set,” said Col. Cory Brown, the B-2 Program Manager. “We are fielding new software [on the plane], developing classified networks, making sure the low observable [stealth] nature of the plane remains effective, and addressing unscheduled maintenance drivers.”

The B-2 Program Office has recently undertaken the Next Gen Zonal Radar Program, which will provide a handheld device to maintainers, which could more effectively evaluate low observable (LO) nature of materials on the aircraft. That could be vital to ensuring the plane’s stealth capabilities aren’t compromised. It will be available in fiscal year 2021 (FY21).

The program office also undertook a project to redesign a panel on the nose of the bomber, which improved the panel’s LO signature but also saved the government more than $40 million.

Brown’s team is now working to update the monitors on the aircraft that are used to allow pilots to plan missions. A request for proposal (RFP) was released to Northrop Grumman on Aug. 31, and the goal of the Program Office is to retrofit the entire fleet of twenty aircraft by no later than 2026.

Weapons of the Future

Since its introduction, the B-2 has gone through weapons upgrades, and in 2018, the bomber test-dropped an upgraded, multi-function B61-12 nuclear bomb, which was designed to improve accuracy, integrate various attack options into a single bomb and change the strategic landscape with regard to nuclear weapons mission possibilities.

The Program Office has continued to prepare the aircraft for future weapons. 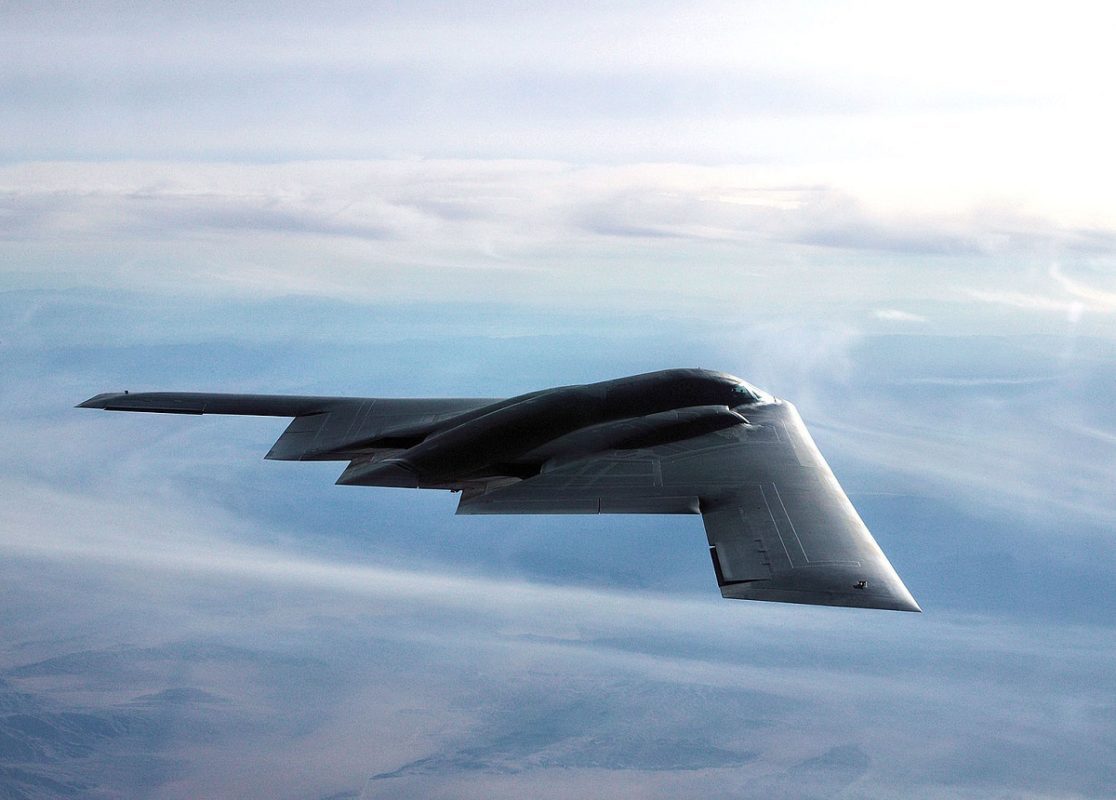 “We are in the mist of fielding a current operational baseline that will bring B61-12 – next nuclear bomb – software capability to the platform,” said Brown. “We will continue to modernize the software baseline to be able to carry future weapons on the aircraft.”

While the bomber may only have another decade or so left, Brown and his team are committed to ensuring that the bomber will be able to be relied upon until the B-21 Raider can take over.

“It’s really hard to communicate to the average American citizen the strategic security umbrella and blanket that the B-2 provides,” added Brown. “It’s one leg of a nuclear triad that you would have a hard time arguing that it is not one of the reasons we’ve had many years of peace where two great nations haven’t come together and collided, with a loss of life on a huge magnitude. It’s because you have capabilities like the B-2 to ensure that nobody thinks that the United States doesn’t have the will or the way to protect its interests.”

In this article:Air Force, B-2, B-2 Stealth Bomber, Bomber, Military