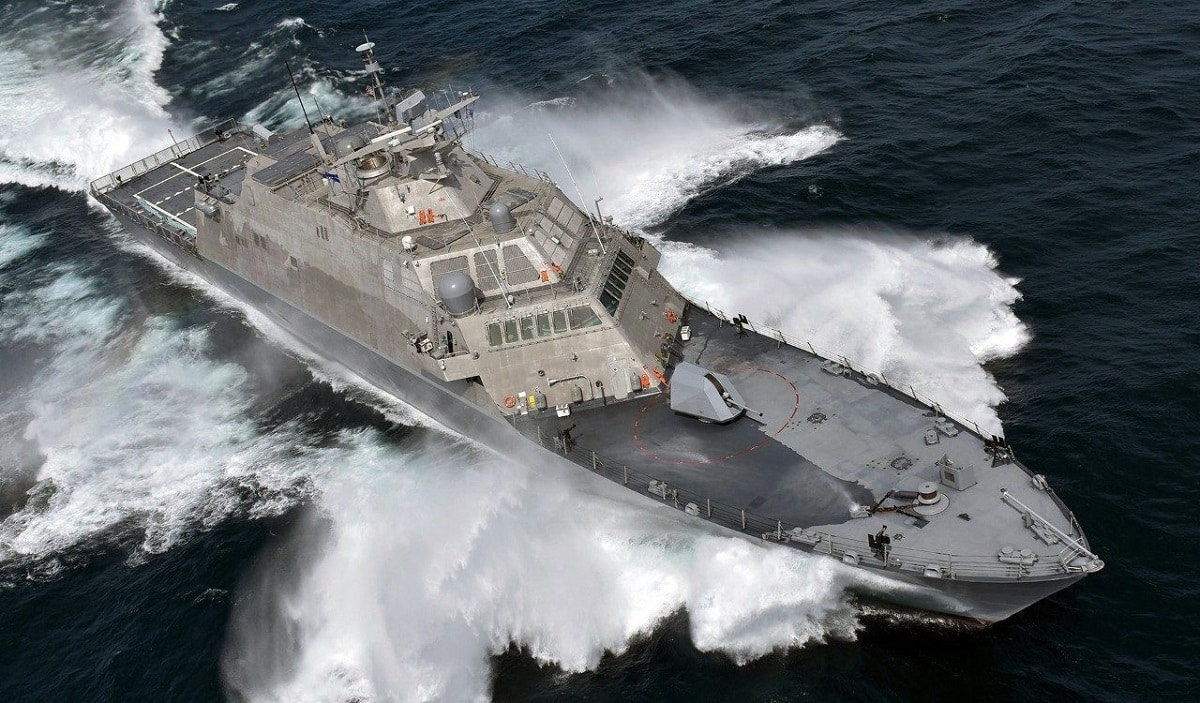 The United States Navy’s Littoral Combat Ships (LCS) are famous — and not in a good way.

The LCS designation is actually two different ship classes, represented by the Freedom-class and Independence-class. Aided by their relatively small size, both ships fill an operational niche in the littoral, or near-shore maritime environments, as opposed to large blue-water destroyers or the Navy’s even larger aircraft carriers.

Using an innovative, multi-mission design that incorporates some stealth characteristics, Navy officials hailed both classes of ships as the latest and greatest in modular, flexible ship design when they entered service in the late 2000s.

On paper at least, both classes had much to offer — though, since introduction, they’ve been plagued with problems.

In addition to accusations of over-engineering, both ships have experienced issues with corrosion management, seawater ingestion, as well as faulty drivetrain components.

The LCS program took further flak when both classes experienced massive budgetary overruns. Both ships have also been criticized as unsurvivable. But, despite these shortcomings, there is one Navy Admiral who loves them.

Littoral Combat Ship: Why It Can Deliver

In comments delivered to the Mine Warfare Association International Mine Technology Symposium, Vice Admiral William Merz, defended the ships, explaining that “once you put it in its own environment, it does extremely well. It does better than a [destroyer] in that environment. And it, has the added benefit of freeing up the DDG [the Navy’s Arleigh Burke-class guided-missile destroyer] to do DDG stuff.”

Adm. Merz is Commander of the U.S. 7th Fleet stationed in Japan, a fleet of around 60 to 70 ships and one of the Navy’s largest forward-deployed fleets that operate in and around the Pacific Ocean. The 7th Fleet currently stations LCS platforms from Singapore on a rotational basis, putting them in the vicinity of the South China Sea, a littoral area dotted with islands and archipelagoes.

The LCS’ primarily mission with the 7th Fleet is to serve as a naval surface warfare platform in support of Marines distributed throughout the Pacific, Adm. Merz explained. “It’s a great high-speed connector. It’s got a big flight deck, big mission bay.” And to better serve as a surface warfare platform, the 7th Fleet’s LCS are outfitted with one of the Navy’s potent new weapons: the Naval Strike Missile (NSM). The NSM is a hard to detect sea-skimming anti-ship missile which you can read more about in this previous National Interest piece.

“The Naval Strike Missile, the result of a Raytheon-Kongsberg partnership, is quickly emerging as a weapon that will play a central role in the Navy’s plans to defend itself at sea. Not only will the missile, with a range of about 115 miles, be bolted aboard 31 Littoral Combat Ships, but it will also be aboard at least the first 10 Constellation-class frigates slated to enter the fleet later this decade.”

Though Adm. Merz admitted that the Littoral Combat Ships still had some kinks to work out, particularly in relation to their mine warfare abilities, he indicated overall satisfaction with the platform especially in the littoral environments the ships are designed for.

“We’ll always be operating in and around the archipelagos, probably Ryukyus, the Philippines and areas into the Philippine Sea behind it. It turns out it [an LCS ship that has several NSMs] is highly survivable and highly effective when operating in the environment it was built for,” Adm. Merz stated.

“It is not blue water ship by any means but when you put it in the archipelago and you combine low signature and high-speed, it turns out it’s very hard to target, very hard to kill and it’s very effective with a thousand places to get gas.”

So while not everyone is a fan of the Navy’s Littoral Combat Ships, the 7th Fleet Commander thinks they’re not only the right tool for the job — but here to stay.