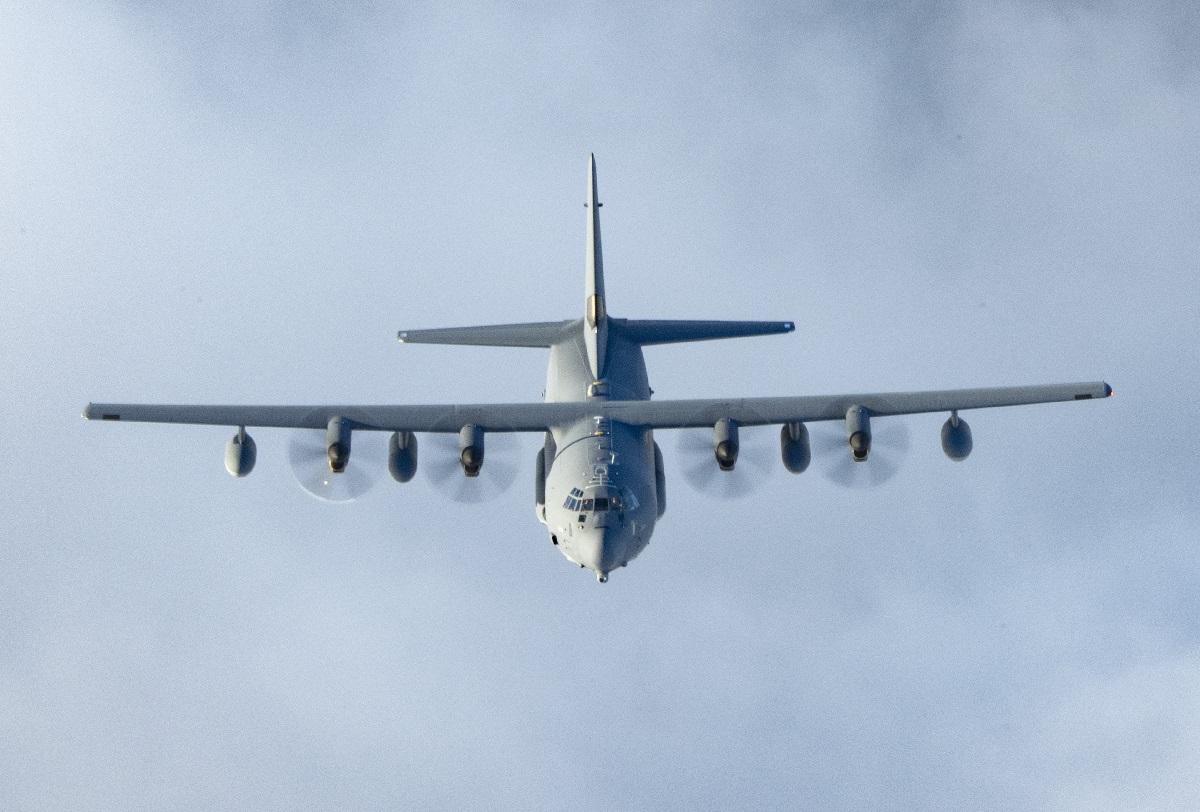 In a June 4th announcement, the Air Force gave details on a recent combat exercise that saw a special operations cargo plane carrying a Palletized Weapon System — essentially cruise missiles strapped to a pallet — establish beyond line of sight communications and simulated a palletized weapons drop. This initiative experimenting with giving cargo planes a potent offensive capability is known as the Rapid Dragon Program, spearheaded by the Air Force Strategic Development Planning and Experimentation Office.

“The Rapid Dragon Program demonstrated the ability to transfer targeting data from the Standoff Munitions Applications Center (SMAC) to an airborne [AFSOC] aircraft,” a Rapid Dragon program manager explained. “The data assigned a new routing and target to the on-board munition emulator, which set in motion the virtual launch of a ‘palletized’ Joint Air-to-Surface Standoff Missile-Extended Range (JASSM-ER) missile… [for] this first-ever dynamic targeting capability.”

In essence, palletized munitions are cruise missiles mated to pallets in transport plane’s cargo holds. By using the plane’s cargo roller system, several long-range missiles can be “launched” similarly to how more typical cargo is delivered during flight.

Although the Rapid Dragon program is relatively young, and Palletized Weapon System is still being tested, the program holds real potential and could offer a powerful new offensive capability. Rather than simply providing strategic lift capabilities, cargo planes armed with palletized munitions would be able to bring a large amount of supplementary firepower to bear, offering battlefield commanders a greater array of options.

The risk to cargo planes — not exactly the most survivable type of aircraft, considering their non-combat role — would be minimized by utilizing long-range, stand-off munitions like the JASSM-ER, a stealthy cruise missile with a 575-plus range. An extreme range variant of the missile reportedly has a 1,100-plus range.

Though the Air Force has previously tested their palletized weapon concept, this most recent evaluation was unique in that the munitions received in-flight retargeting information while en route to their original target, a program first.

“This enhanced capability can provide combatant commanders additional targeting flexibility and control in the prosecution of the high-end fight. Additionally, the retargeting methodology used is transferrable to other strike platforms, potentially making all JASSM-capable strike assets more lethal in an increasingly complicated and dynamic near-peer conflict,” a Rapid Dragon program official said.

Although the Air Force has yet to conduct a Palletized Weapon System live-fire test, the Rapid Dragon prototyping effort holds promise as a relatively straightforward way to significantly increase the amount of airborne firepower available at short notice. Bombs away?