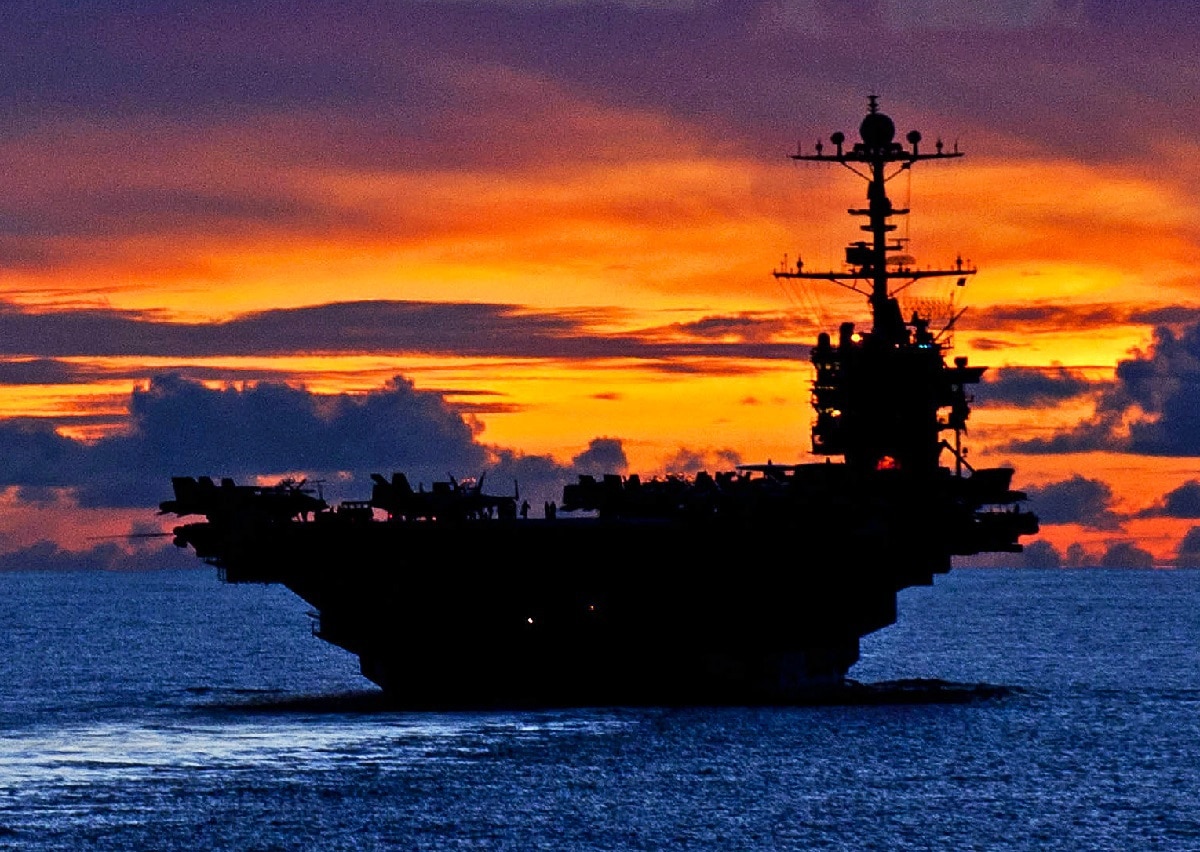 Whether it is because of the Helicarrier from the “Marvel Universe” seen in such films as The Avengers, or the retro art deco-inspired mobile airstrip from Sky Captain and the World of Tomorrow, sci-fi fans just can’t seem to get enough of such flying aircraft carriers.

In theory, it probably seems like a perfect solution, a carrier that can fly over land and water and become a floating base in the sky. It is unlikely however that such a weapon platform would, or even could be constructed. Forgetting the fact that the scale of such a craft would likely bankrupt a small nation, it would require a construction facility to be purpose-built just to handle the project, and much of technology to keep it afloat remains well beyond reality.

However, the concept of a carrier in the sky has been something military thinkers have considered but in far less high tech ways than movie magic allows.

The U.S. Navy was actually the first to pioneer the concept of a flying carrier, and it began construction of two rigid airships, the USS Macon and the USS Akron, in the late 1920s. Neither of these airships had a runway, but instead, each carried five lightweight Curtiss F9C Sparrowhawk biplane fighters that could be launched and recovered through a hook system that lowered them into the airstream.

The airships had some advantages – these were twice as fast as surface ships of the era, could fly over land and could see much further over the horizon than any surface ship. But each also had some serious disadvantages, the biggest being that bad weather made the airships difficult to control and essentially grounded them. Tragically both airships suffered notable accidents – in April 1933, USS Akron crashed into the Atlantic Ocean off the coast of New Jersey killing 73 out of 76 personnel on board; while two years later USS Macon suffered a less serious crash, which killed two of its 83 crew and passengers.

The United States Air Force considered a flying carrier concept during the Cold War, but it was far less ambitious and involved a Republic F-84 “parasite” fighter that could be launched from the belly of a B-36 Peacemaker nuclear bomber for reconnaissance operations. This was followed by a slightly more ambitious plan that would transform the interior of a Boeing 747-200 into a hanger in the sky for a dozen or so small jet fighters that could be launched and recovered. This one never went further than the planning stage. While the Flight Dynamics Laboratory claimed it was possible –how possible or practical remains the issue.

Aircraft carriers on the water are protected by destroyers and submarines, and unless similar craft could be built to fly alongside this “mother ship” it couldn’t be properly protected. Even with such screening aircraft, it isn’t too hard to see how a missile or just a “kamikaze” could all too easily take out such a craft.

This doesn’t mean the entire concept is flawed, however.

A more realistic solution might be one conceived by defense contractor Dynetics, with support from DARPA. It involved launching an X-61A Gremlin Air Vehicle – an unmanned drone – from a C-130 that could be used in a variety of missions including reconnaissance but it isn’t too hard to see how it could be utilized in a combat role as well.

The ability to launch and recover a drone at least offers the very practical ability to send a drone to regions not otherwise readily accessible. But for now, the flying aircraft carrier is best left in comic books and the movies.