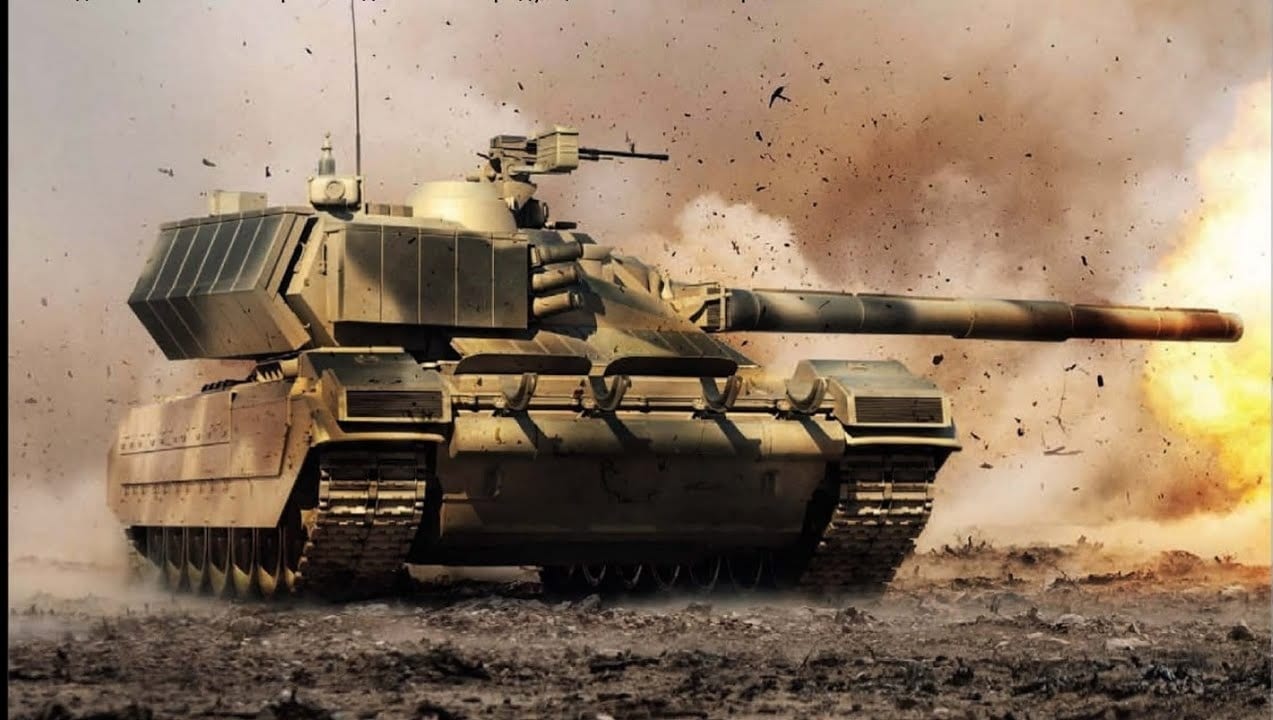 The T-95 is a tanker’s dream: highly mobile, well armored, with firepower — lots of firepower. Equipped with a 152-millimeter main gun, the T-95 would have outclassed any other tank it faced.

By comparison, the German firm Rheinmetall’s L/44 and upgraded L/55 main gun, both of which are 120 millimeters in diameter, are installed in all American M1 Abrams tanks and variants, all German Leopard 2 tanks, and virtually every other tank in NATO arsenals, as well as in Japan’s Type 90 main battle tanks, and in South Korea’s K1A1 main battle tank.

With ammunition in the 152-millimeter class, not only would the gun’s range be greatly extended, but would, in theory, enjoy greater ammunition flexibility and logistical simplicity. 152 millimeters is a common artillery caliber, and by utilizing the same barrel diameter, the T-95 could potentially fire artillery shells in addition to tank-specific ammunition.

In addition to the gargantuan main gun, the T-95 turret was a departure in Soviet/Russian tank design. While nearly all Soviet/Russian tanks hug the ground by utilizing both a low hull and a squat, compact turret to reduce their silhouette, the T-95 does not. Instead, the T-95 has a relatively tall turret, partly to accommodate the massive main gun.

One advantage of a taller turret is in the hull-down position, in which a tank is just behind the crest of a hill, with only the turret and main gun exposed and able to fire. Most NATO tanks, and the M1 Abrams in particular, are able to utilize a more advantageous hull-down position, with their more vulnerable hull and hull belly out of sight and protected.

Soviet/Russian tanks, on the other hand, cannot effectively employ a hull-down position, due to their lower turret, which reduces the angle they can raise or (in hull-down position) lower their main gun. While Soviet tanks would thus be at a disadvantage in a defensive position, doctrinal planners accepted this drawback, envisioning Soviet tankers fighting in fluid, dynamic battles over flat terrain, where defensive positions would be less common.

Not so with the T-95, its turret essentially as tall as the hull, giving the main gun good depression and elevation angles — useful in a stand-off or over-the-horizon scenarios, where targets are out of visual range (again, ammunition flexibility due to artillery shells) or in urban warfare scenarios, when the ability to shoot upwards, towards enemies located on roofs or upper stories of buildings would be necessary.

It’s surmised that the T-95 would have had an earlier version of the diesel engine used on the T-14 Armata, putting the output in the 1,500 horsepower range — also a departure from typical Soviet/Russian tank design, which is typically underpowered.

The high power output, on par with the output of most third-generation main battle tanks, is necessitated by the T-95’s high curb weight, which is in the 55+ ton range, also a departure from traditional Russian tank design, which favors lighter, more easily transportable armor.

Concrete information concerning armor is speculative, but the T-95 would likely have been equipped with explosive reactive armor (ERA) and an active protection system.

Although only a few prototypes were ever built, some of the design features, including the high-output engine, tall turret with greater depression and elevation angles, were eventually incorporated into the T-14 Armata tank, Russia’s next-generation main battle tank.

Had the T-95 entered serial production, it would have been a fearsome adversary.