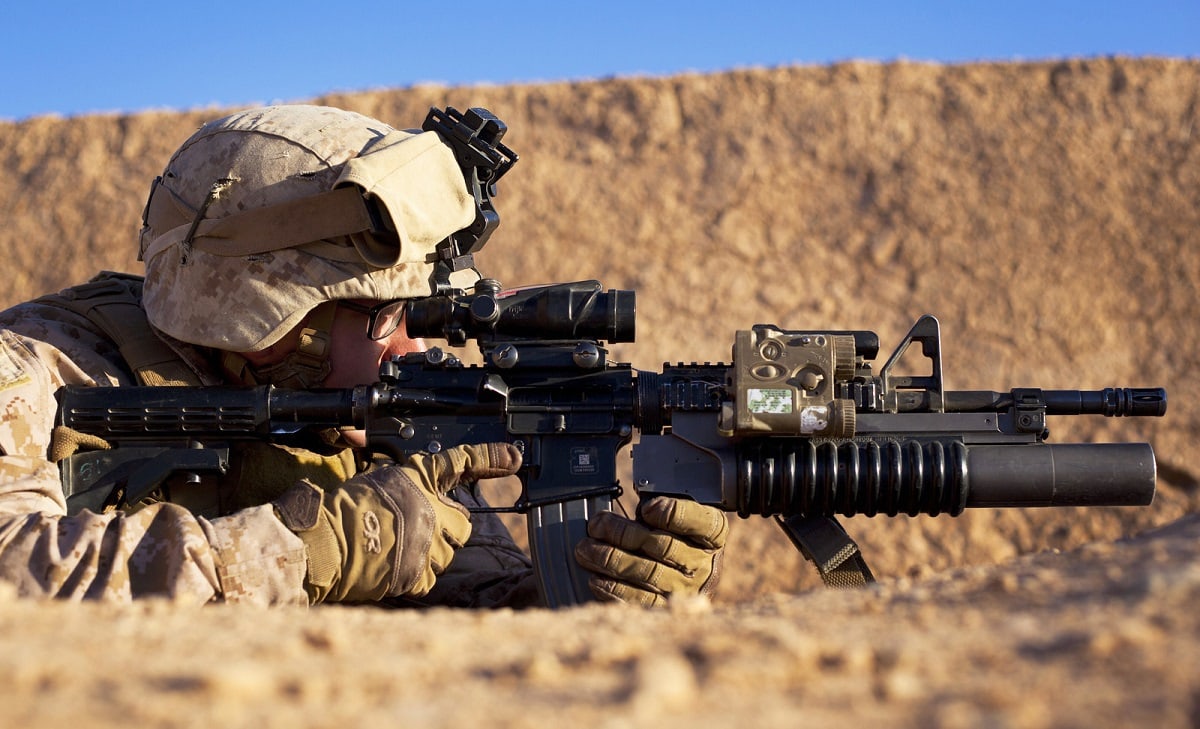 The U.S. Navy is moving steadily forward in its search to find a Light Amphibious Warship for the Marine Corps. Earlier last week, the Navy awarded design concept contracts to five different firms to design the LAW, USNI News reported.

“A Concept Studies (CS) contract has been awarded to five offerors with a follow-on option for Preliminary Design (PD),” a Navy official said in a statement to USNI. “The CS/PD efforts include engineering analyses, tradeoff studies, and development of engineering and design documentation defining concepts studies/preliminary designs.”

Although it is not known exactly how much each individual company received, the contracts are not for actual prototypes and are therefore relatively small. A Navy official confirmed that the total dollar amount for all five contract awards is less than $7.5 million.

The Navy is “aggressively developing requirements and the acquisition strategy to begin procurement and deliver the Lightweight Amphibious Warship (LAW),” the Navy official explained. Once a design is finally chosen, the Navy expects to award a construction award as soon as 2023.

The Light Amphibious Warship will form the backbone of the U.S. Marine Corps’ island-hopping strategy in the Pacific. The force redesign, intended from the outset to better counter an increasingly aggressive Chinese presence in the Pacific, hearkens back to the Corps’ World War II-era Pacific campaign, in which massive amphibious assaults dislodged Japanese defenders from their rocky toeholds on remote island locations.

The Corps is transitioning from long, grinding land campaigns that defined their post-9/11 involvement in the Middle East to a more lightweight maritime assault force. This posture adjustment has resulted in some of the most significant change in the USMC’s long history: as per the Marine Commandant’s Force Redesign 2030, the Corps has divested all tank battalions as well as much of their artillery and tube mortars.

One of the unofficial mantras guiding this redesign is “if it doesn’t swim, it sinks,” a sentiment that in addition to doing away with the bloated and definitively non-aquatic M1 Abrams main battle tank, has also seen two new platforms make their way into Marine Corps inventories. Both the new Amphibious Combat Vehicle as well as the yet-to-be-finalized Advanced Reconnaissance Vehicle both offer firepower and protection advantages over their preceding platforms, the Amphibious Assault Vehicle and LAV respectively — and are able to take Marines from ship to shore. And this is precisely where the Light Amphibious Warship comes in.

The LAW will be the Marine’s horse at sea, ferrying Marines and equipment throughout the Pacific. Flitting around from austere beachhead to remote atoll, the LAW offers both a distributed, decentralized transport capability to the Corps, as well as a respectable survivability rating and the ability to support shore operations from littoral waters.

Though we do not know exactly what the new Light Amphibious Warship proposal looks like definitively, it will be the Marine Corp’s chariot at sea.